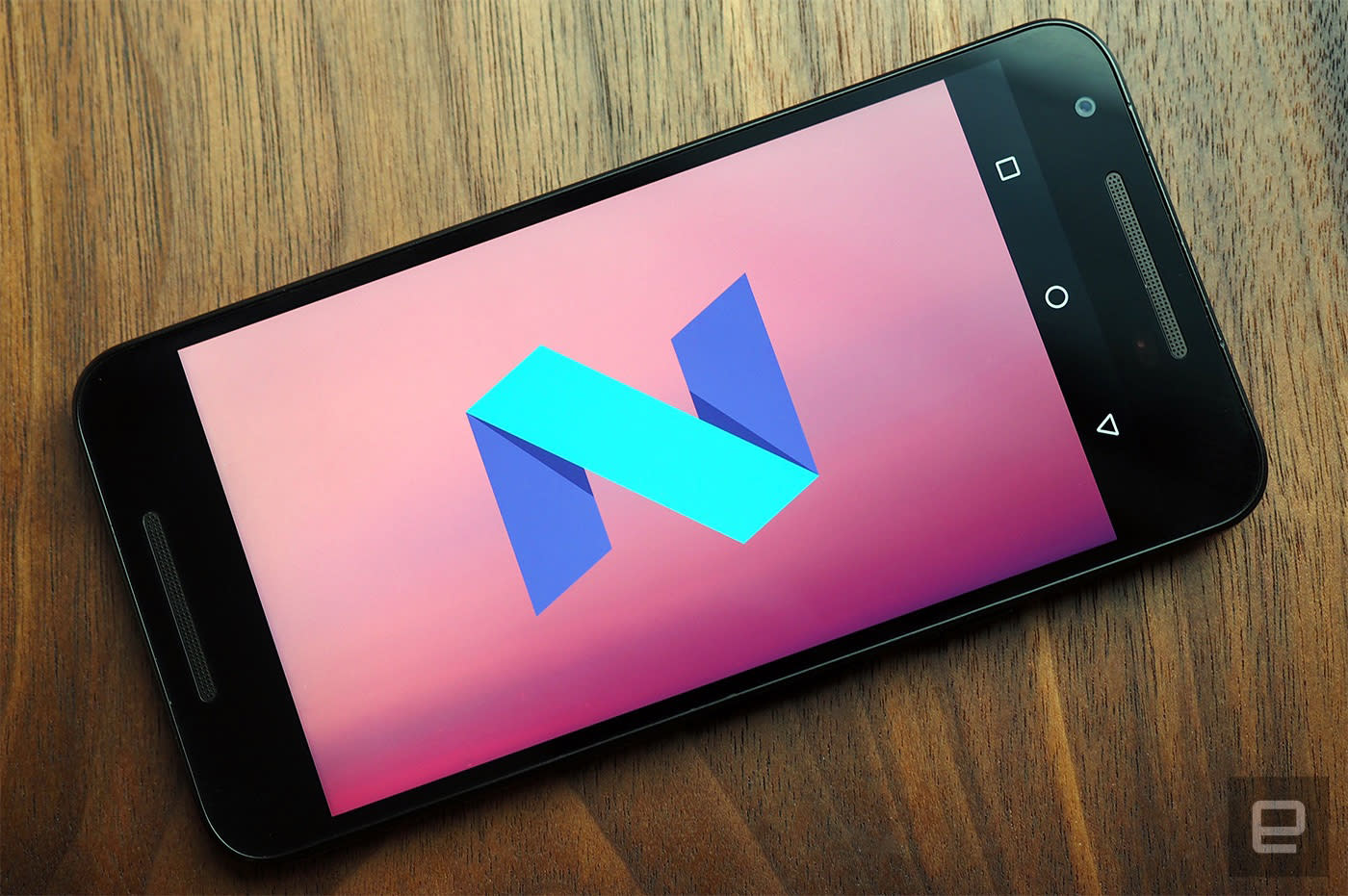 Google surprised us all with an Android N developer preview two months before its annual I/O developer conference, and then it updated the software a few weeks ago with new performance-enhancing features. Now, as revealed during this morning's keynote, there's yet another update for you bold souls who crave bleeding-edge software. While Google refers to Preview 3 on its developer site as an "incremental update," there's still plenty here to get excited about. Unlike the last two versions of the preview, Google says this third build is the first "beta-quality" candidate. In other words, you'll run into fewer headaches if you try to use it as your daily driver on a Nexus 5X, 6P or other compatible devices. We haven't played with the new N preview ourselves so we can't confirm how stable it feels, but we'll follow up with impressions as soon as we can.

Beyond that, this new update also brings with it a new software-updating scheme inspired, surprisingly enough, by Chromebooks. When an update is available, Android N can download the system image in the background and automatically install it the next time you reboot your phone.

"There's no 'Android is upgrading' [pop-up], no delays," VP of Android Engineering Dave Burke told us. "It's just a really nice, seamless way to do it."

It's a smart move, especially with respect to security updates like the ones Nexus devices get every month. When it comes to those more timely, crucial security patches, Android N lets you know ahead of time that the update is going to happen, and will then just install it upon reboot. Meanwhile, you'll be alerted to "dessert" updates -- the big ones with the delicious new names -- in the new suggestions section in settings, where you can choose to install it now or apply it later.

If you're interested in giving Preview 3 a shot, it'll be available today.

Aaron Souppouris contributed to this report. For all the latest news and updates from Google I/0 2016 follow along here.

In this article: android, androidn, androidnpreview, gear, google, googleio, googleio2016, io, io2016, mobile, software, update
All products recommended by Engadget are selected by our editorial team, independent of our parent company. Some of our stories include affiliate links. If you buy something through one of these links, we may earn an affiliate commission.