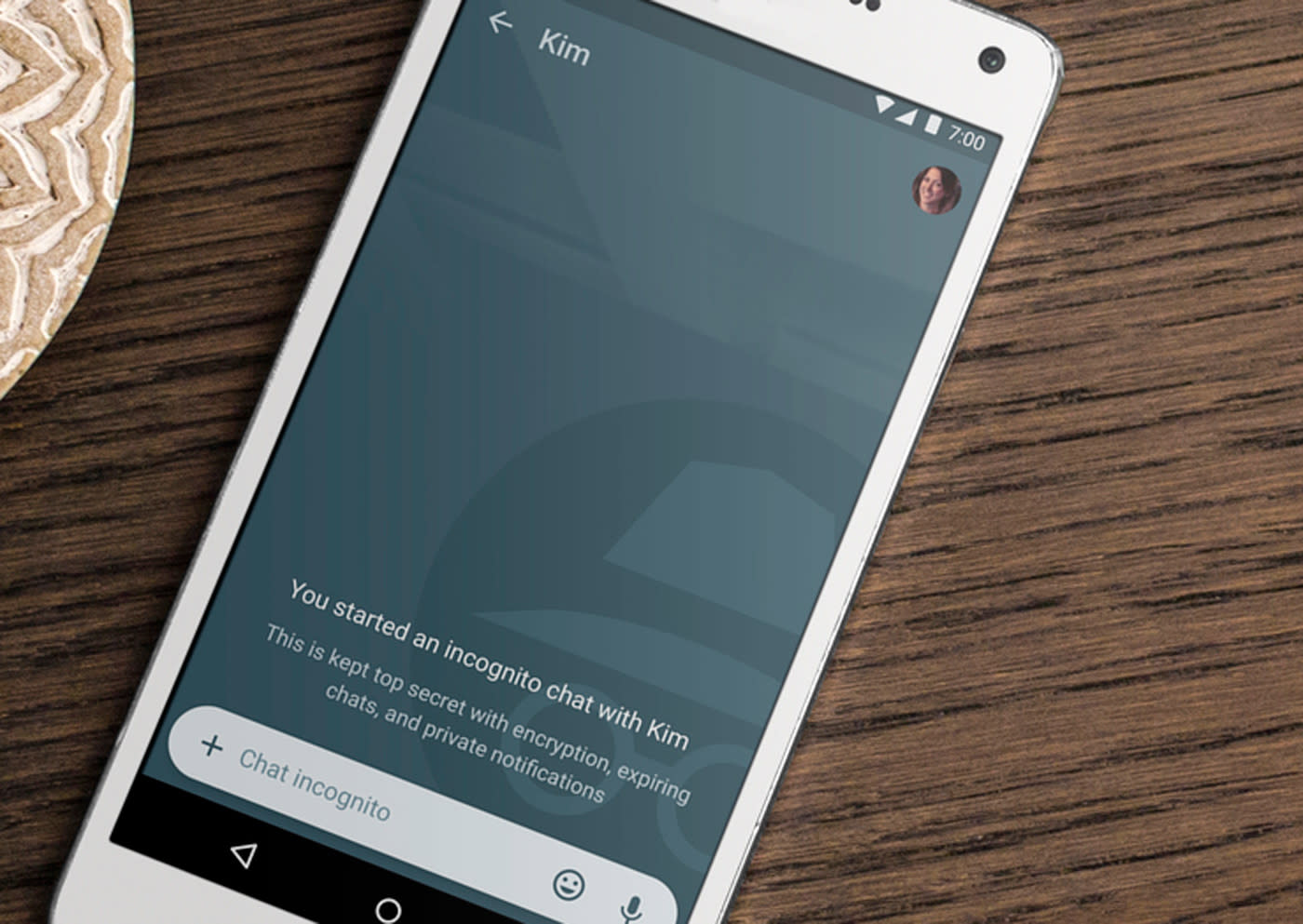 Does the extra-private messaging in Google's Allo seem familiar? Your eyes don't deceive you: You really have seen it before. Open Whisper Systems has confirmed that Allo uses its Signal protocol for end-to-end encryption when you're in Incognito Mode. Yes, that means that Google and Facebook-owned WhatsApp are sharing the same underlying security technology. Not that there's much reason to complain. The protocol is strong enough that privacy advocates like Edward Snowden approve, and its open source nature makes it relatively ubiquitous.

In this article: allo, chat, encryption, gear, google, googleio2016, internet, messaging, mobile, opensource, openwhispersystems, privacy, security, services, signal
All products recommended by Engadget are selected by our editorial team, independent of our parent company. Some of our stories include affiliate links. If you buy something through one of these links, we may earn an affiliate commission.