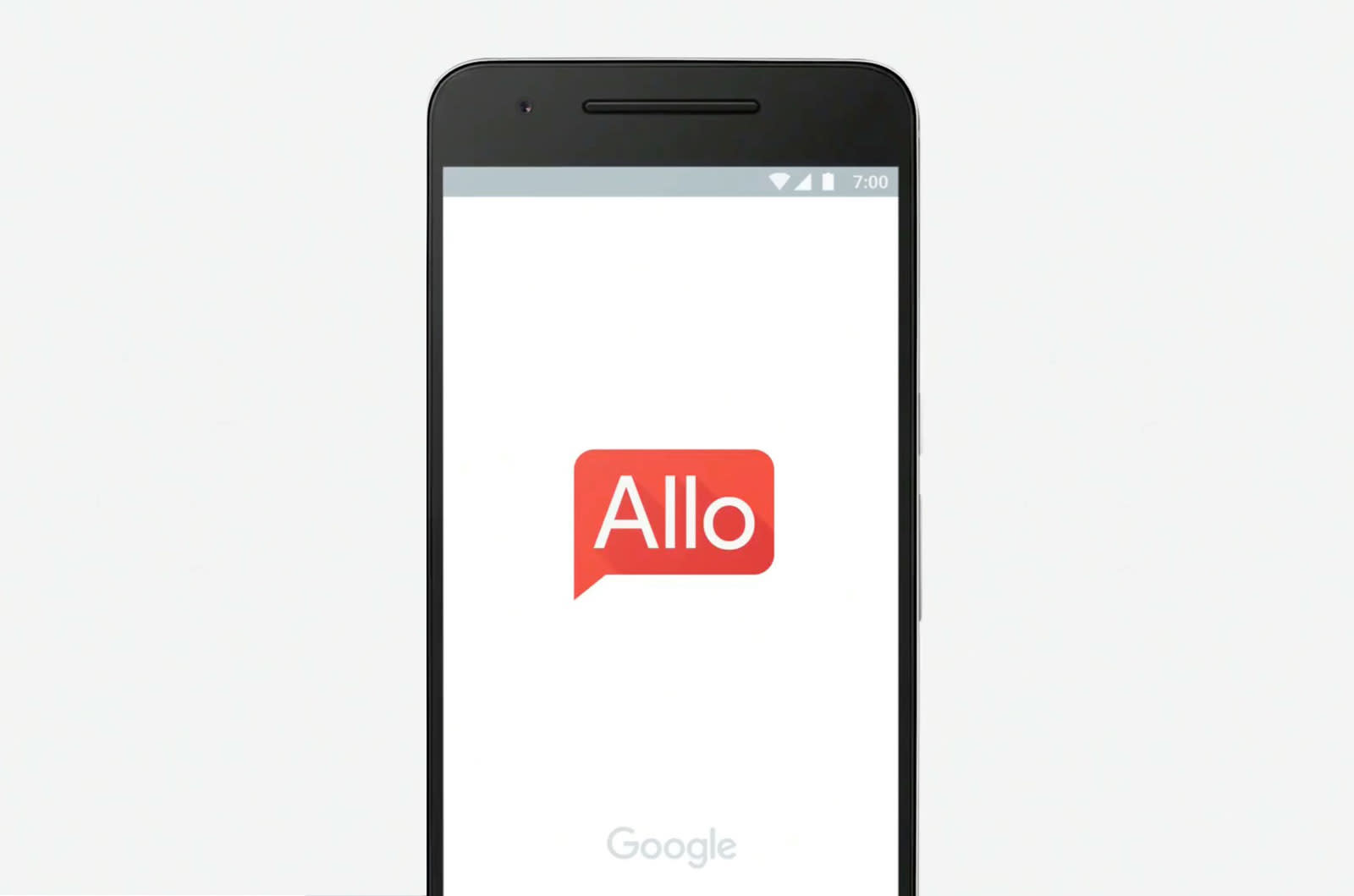 Google took the veil off a new messaging app today and it's called Allo. It's not a Hangouts replacement but rather a standalone app that looks kind of like Facebook Messenger or Whatsapp. The key difference between Allo and Hangouts is that Allo comes with some machine learning built right in, courtesy of Google's newly announced personal assistant. As Google engineering director Erik Kay explained on stage during today's I/O keynote, Allo is a smart messaging app that "learns over time" to make conversations easier and more productive.

Before we get into the whole smart assistant part of it, let's start with a few basic features. They include something called Expressions, which are essentially amped-up versions of emojis and stickers. For example, Kay demonstrated a gesture called Whisper Shout, wherein sliding your finger down will result in a small-text "whisper" while sliding it up will prompt a large-text "shout." You can also send full-bleed photos plus doodle over them like you can on Snapchat. Interestingly, you sign up for Allo using your phone number, not your Google account. In fact, connecting Allo to your Google account is completely optional.

Another feature is something called Smart Reply, which utilizes some of that machine learning mentioned earlier. So if someone says "Dinner later?" it'll automatically suggest options like "I'm in!" or "I'm busy" as it anticipates what you want to say next. The more you use it, Kay says, the better at responding the app will be. Smart Replies can also include emojis and stickers, by the way.

Smart Replies even works in response to photos. Allo builds upon Google's computer vision capabilities to understand the context and content of images. It'll understand that your friend just sent a photo of a dog, for example, and even the breed of it. So an automated Smart Reply would be something like "Cute dog!" If it's a photo of clam linguine, it'd suggest "Yummy" or "I love clams!"

In this article: allo, culture, gear, google, googleallo, googleio2016, internet, io2016, mobile, services
All products recommended by Engadget are selected by our editorial team, independent of our parent company. Some of our stories include affiliate links. If you buy something through one of these links, we may earn an affiliate commission.