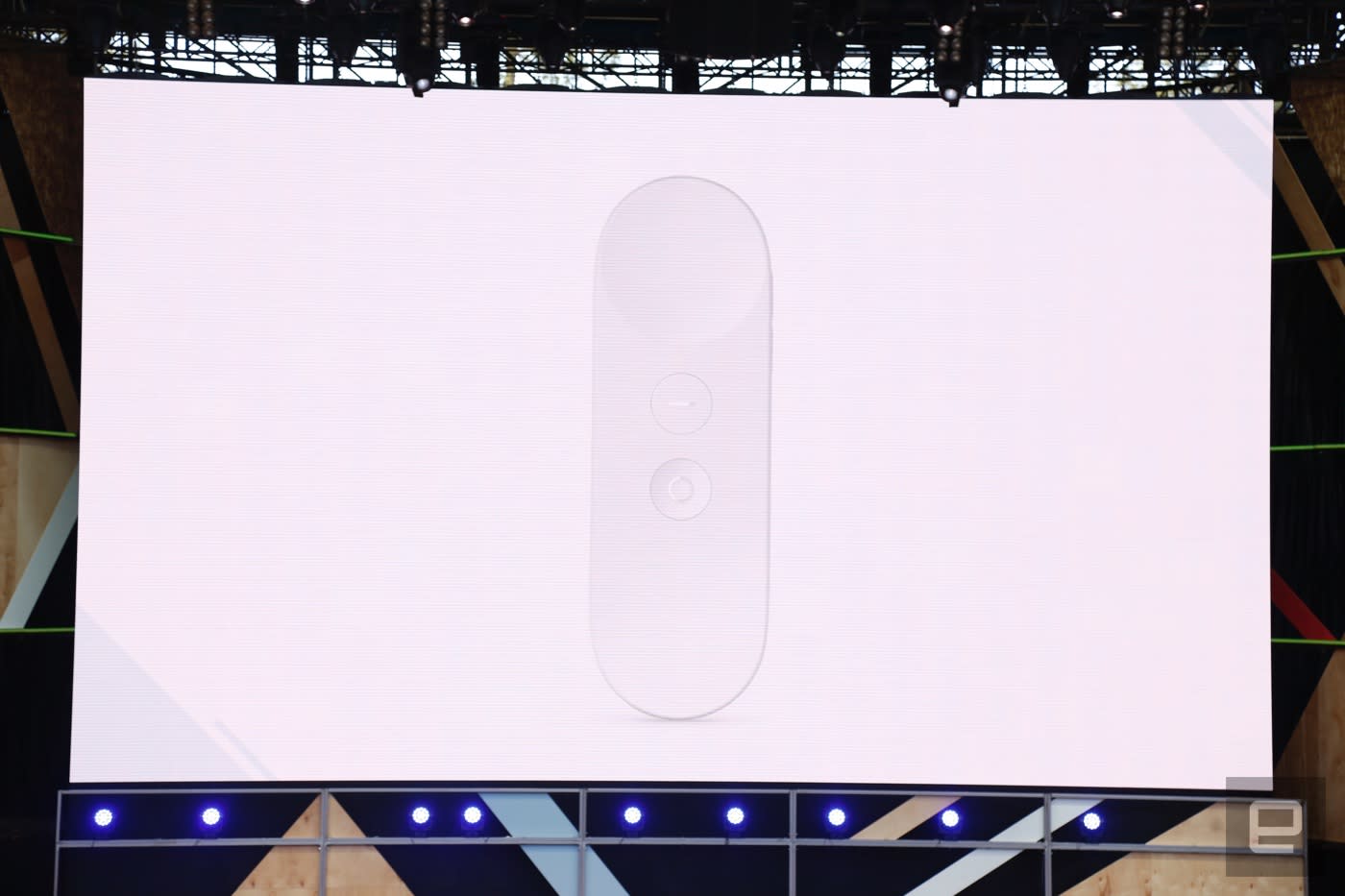 Google's new Android VR platform, Daydream, wouldn't be complete without a sleek input system for its headsets and mobile devices. That's where this little white controller comes into play. At the company's I/O keynote this morning, Google VP of Virtual Reality Clay Bavor showed off the new controller, which includes two buttons and a smooth, clickable touchpad at the tip. It functions a lot like Nintendo's Wii remote, using an orientation sensor that allows users to flick a magic wand, fling projectiles, flip flapjacks and perform other motion-enabled tasks in VR.

Google will launch the controller in the fall, alongside the first Daydream-ready headset. Daydream is a VR platform that includes both hardware as well as software baked right into Android N.

You can do some pretty awesome things with the Daydream controller. #IO16https://t.co/GMKIrNbPYS

In this article: av, gadgetry, gadgets, gaming, gear, google, GoogleIo, googleio2016, internet, io2016, mobile, personal computing, personalcomputing, services, wearables
All products recommended by Engadget are selected by our editorial team, independent of our parent company. Some of our stories include affiliate links. If you buy something through one of these links, we may earn an affiliate commission.