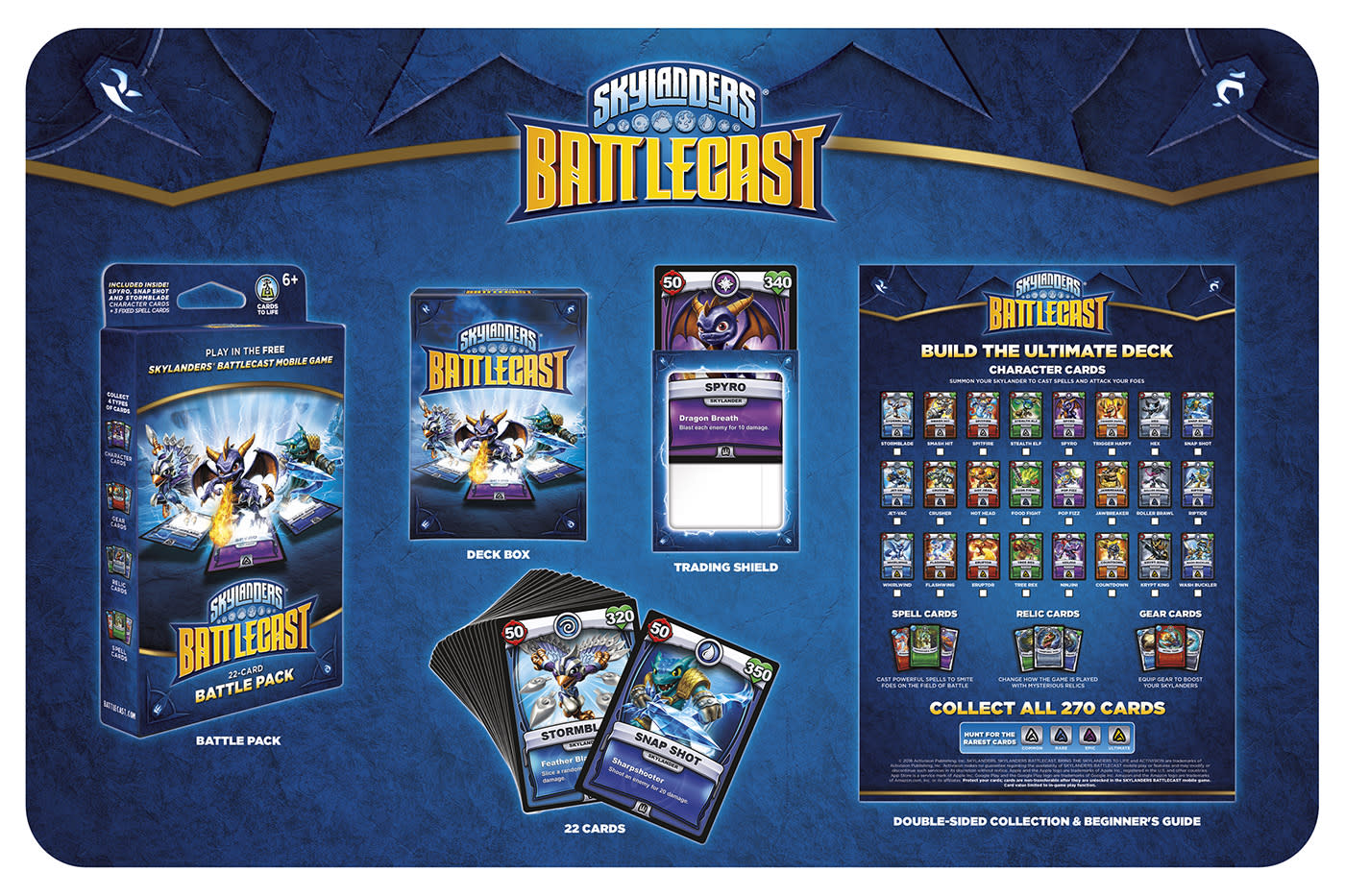 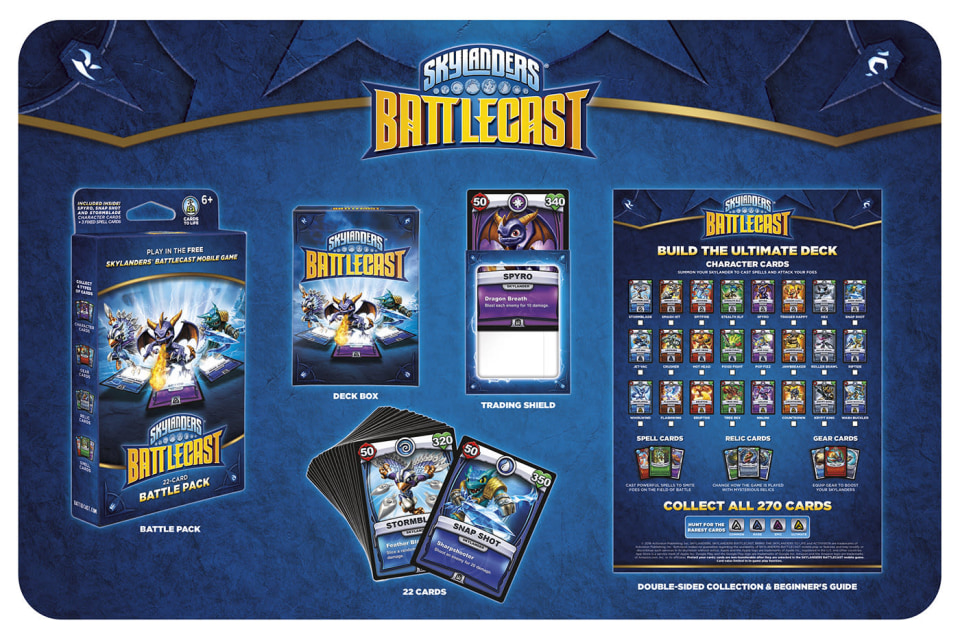 Activision Blizzard has seen a ton of success with two franchises in recent years: Skylanders, which kicked off the toys-to-life craze, and Hearthstone, which made collectible card games (CCG) accessible to anyone with an internet connection. Now, it's mashing the two together for Skylanders Battlecast, a CCG aimed at children. Announced last summer, it's finally available across North America and Europe from today.

Just like regular Skylanders games, Battlecast is very much focused on you buying real-world items. The game itself will be available on iOS or Android (both Google and Amazon flavours) as a free download. To make the most of it, you'll need to buy cards. There are 24 character cards to collect, along with numerous Spell, Gear and Relic cards that will allow you to attack enemies, change stats or modify the playing field. Think Magic: The Gathering's Equipment, Artifacts and Enchantments and you won't be far off.

In battles, you'll have a 30-card deck containing just three characters and a mix of Spells, Gear and Relics. Each character has basic attack and health stats, and every move will cost you "crystals," (think Mana). You'll need to decide which cards to use and when in order to win battles.

Although the basic setup will be familiar to anyone that's played Hearthstone, Magic or Pokémon Trading Card Game, Battlecast has its own twist: augmented reality. You play via the official application, which will turn the cards into 3D models on your device's screen.

There are 300 cards in total to choose from, but you'll need to splash out a lot of money to get close to that figure. They'll come in Battle Packs (two are available, each priced at $9.99 / £9.99 for 22 cards including three characters) and Booster Packs ($4.99 / £4.99 for a random selection of eight cards). To add them to your collection, you just scan them with the app.

There are five "layers of collectability," ranging from "Common" to to "Foil," the rarest of which will only be available through Booster Packs. Simple math will tell you that, even with the best luck, you're still likely to be spending a couple hundred dollars to fill out your collection.

You might have already thought of a problem with this scanning system -- what's stopping you from just scanning any card, or even a photo of a card? Well, each card has a unique identifier hidden on it, and can only be used with one account at a time. As such, the Battle Packs come with a "trading shield" that prevents sneaky players from scanning cards into their system and essentially stealing the right to use them. You can get around that by forgoing the physical realm and buying Battle and Booster Packs in digital form through the app, but that kinda takes away the fun of it all in my mind.

There's a big focus on player-vs-player in Battlecast, with casual and ranked matches online, as well as an option to play gamers on your friends list. If you're more the solitary type, you there are 60 solo missions to run through, with pretty much endless replayability if you approach them with different decks.

Skylanders Battlecast is available from today on iOS and Android in Europe and North America. If you live in New Zealand of Australia, it soft launched there last month.

In this article: activision, activision-blizzard, av, battlecast, blizzard, ccg, collectiblecardgame, gaming, hearthstone, skylanders, skylandersbattlecast, wheresmyspyrosequel
All products recommended by Engadget are selected by our editorial team, independent of our parent company. Some of our stories include affiliate links. If you buy something through one of these links, we may earn an affiliate commission.