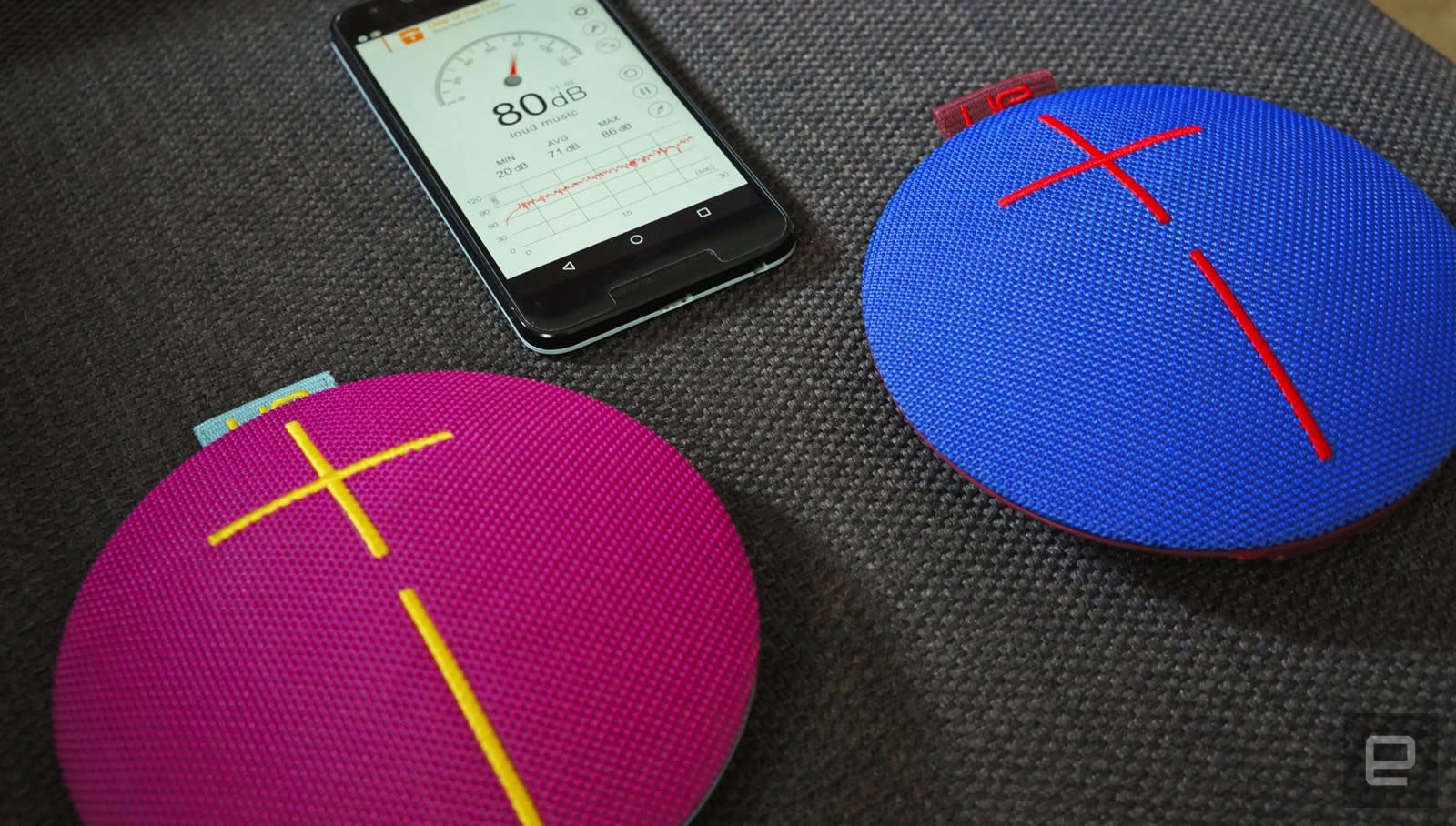 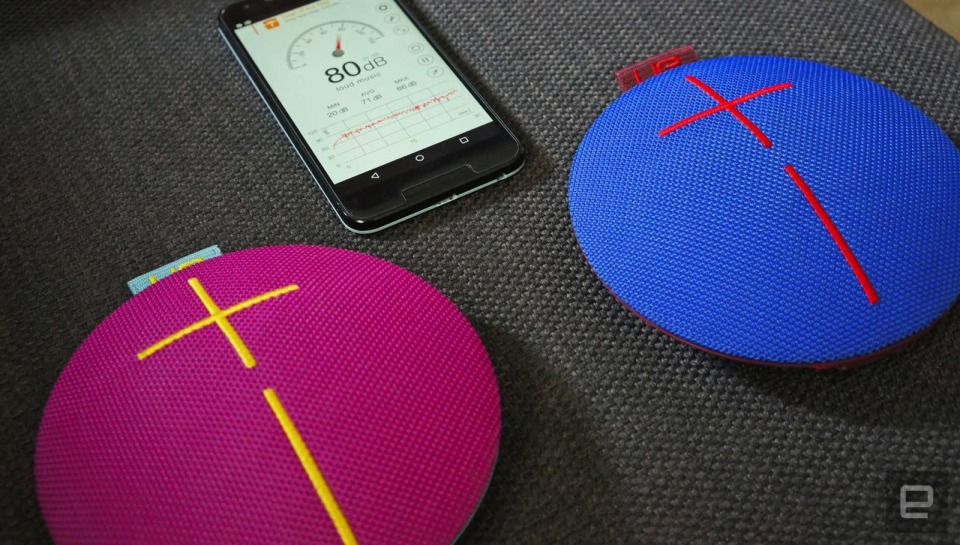 Ultimate Ears overhauled its entry-level speaker around this time last year, reintroducing it as the UE Roll. This leveled the playing field for its trio of Bluetooth speakers, giving them all improved internals, Bluetooth 4.0 and app compatibility. Today, the company has announced a new successor, the UE Roll 2. This updated model boasts internal tweaks, including improved Bluetooth range and a 15 percent volume boost. On the outside, nothing has changed, which is fine by me: Last year's slim, saucer-shaped design made for easy stowage, while the stretchable bungie cord allowed for some versatile mounting options. Thanks to its portability and sound quality, the original Roll was already a worthwhile option, and with the price staying the same at $100/£79, we expect we'll enjoy the Roll 2 as well. I was curious, though, to find out if the audio and range boosts would be noticeable in real-world use. The updates aren't much of a surprise, considering UE already made some of these same tweaks on the Boom 2, which was introduced back in September. Since the Roll 2 is the runt of the UE litter, there aren't any accelerometer-based controls on hand this time, and as before there's no NFC sensor inside. You get just the one-two punch of sound and range upgrades -- unless you count the addition of a funky new color option.

I did some casual testing to see if there really was an obvious improvement in the audio quality this time around. The original Roll is rated at a maximum output of 85dBc, while the Roll 2 maxes out at 87. In a side-by-side test, there is indeed an audible difference in the loudness on the new model. The change is hard to pin down using a simple sound metering app, but after flipping back and forth a few times it's obvious the output is punched up a bit. Ultimate Ears further optimized the digital signal processing, so that the drivers wouldn't clip at higher volumes. I'm not talking a night-and-day difference here, but still: I'll take it.

As before, don't expect to get much bass out of this speaker -- that's were the Megaboom shines -- but for the money, it's certainly loud enough to keep the vibe going for several friends. Plus you can still pair the speaker with any of its UE siblings through the built-in Double Up feature. As for the expanded Bluetooth range, the new Roll 2 has a rated max of 100 feet, besting the original model by 35 feet and putting it on par with the UE Boom 2. After placing both speakers one flight down and at the opposite end of my apartment, the original model's signal began to break up, while the Roll 2 maintained a solid connection. That's only about 65 feet, but muddled with competing Bluetooth and WiFi signals, as well as plenty of walls and doors. You're definitely gaining some freedom of movement, but since there are always various factors at work, I've rarely achieved the maximum listed distance in real-world situations.

Overall, it's a great little speaker for when you're on the go or even just singing in the shower. The slim, easily-hangable design and IPX7-rated water proofing make it one tough little customer. It's one of the best speaker options in its price range and these improvements -- albeit slight -- just make it that much better. 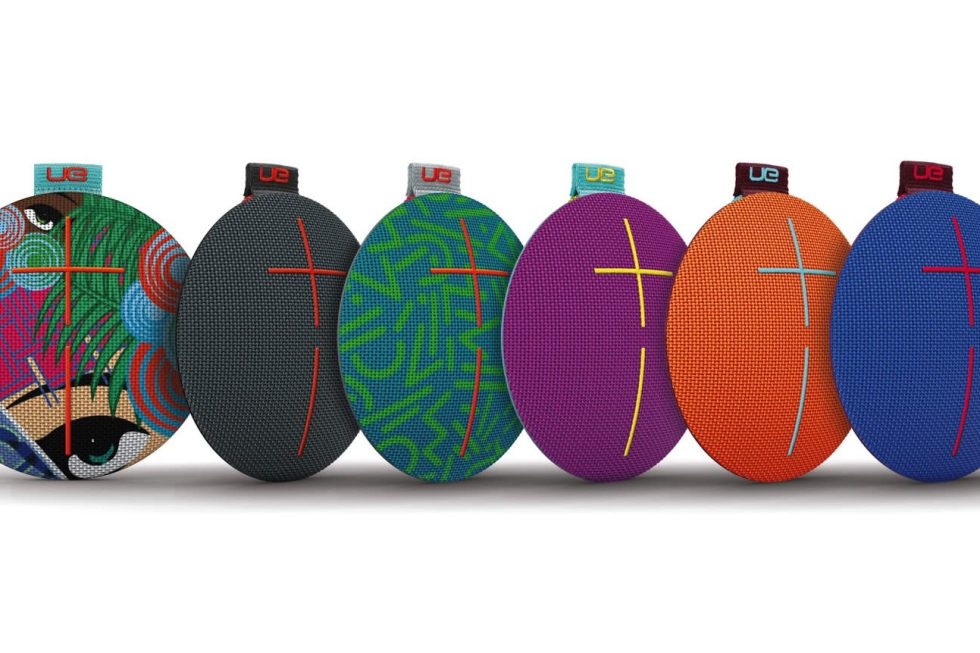 10
In this article: av, BluetoothSpeakers, gadgetry, gadgets, gear, logitech, portableaudio, UERoll, UERoll2, ultimate ears
All products recommended by Engadget are selected by our editorial team, independent of our parent company. Some of our stories include affiliate links. If you buy something through one of these links, we may earn an affiliate commission.