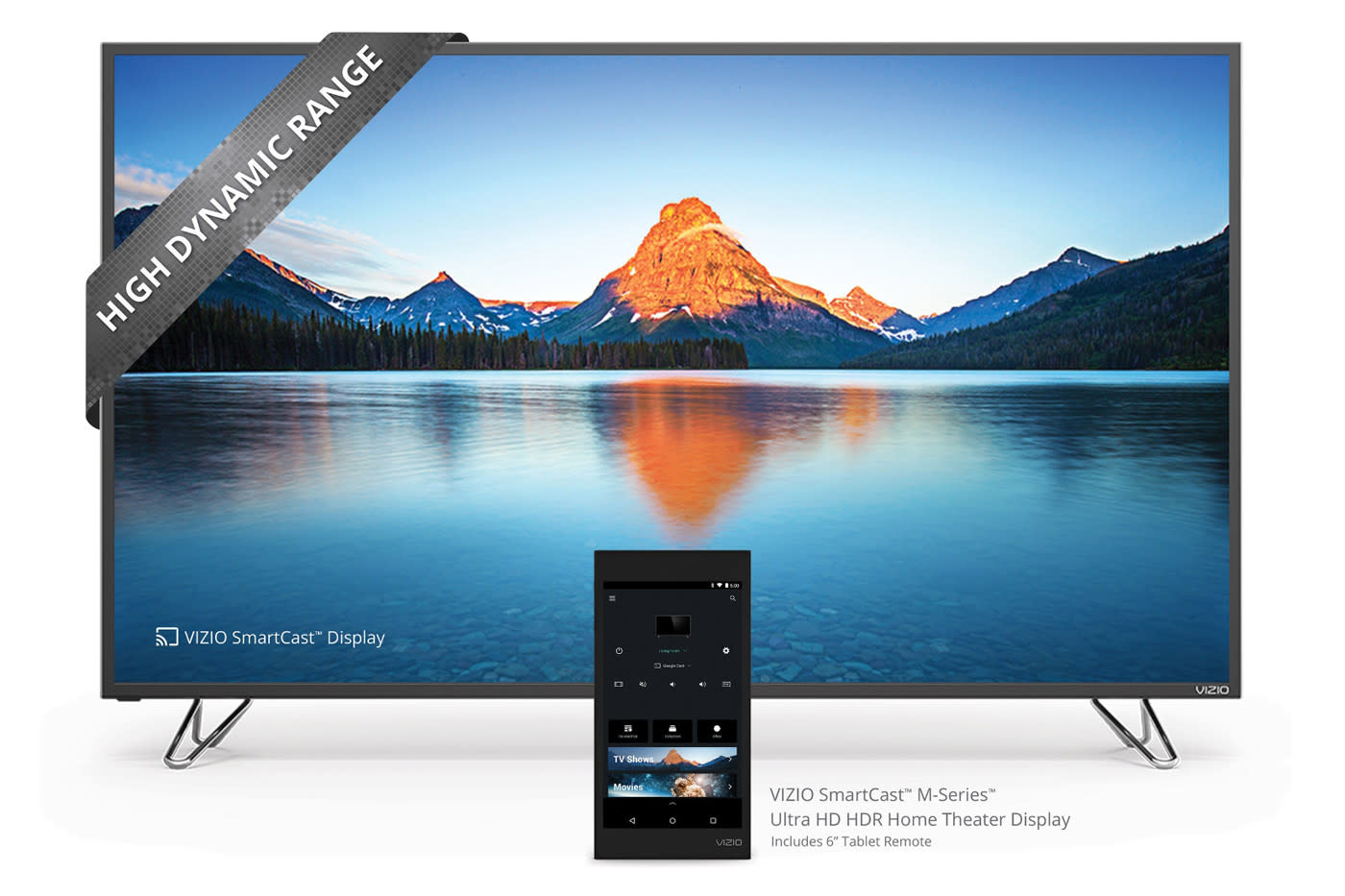 If you want Vizio's 4K TV with SmartCast 6-inch Android remote, Ultra HD with Dolby Vision HDR and Google Cast receiving but you're not ready to pony up for a high-end P-Series set, a cheaper version is now available. Vizio announced the refreshed-for-2016 M-Series line in April and now they're going on sale, first via Vizio.com and eventually through other retailers. CTO and head of marketing Matthew McRae says that larger 70- and 80-inch versions are still on the way, but currently the $850 50-inch is the easiest one to get.

In this article: 4K, av, DolbyVision, gear, HDR, m-series, SmartCast, UltraHD, vizio
All products recommended by Engadget are selected by our editorial team, independent of our parent company. Some of our stories include affiliate links. If you buy something through one of these links, we may earn an affiliate commission.