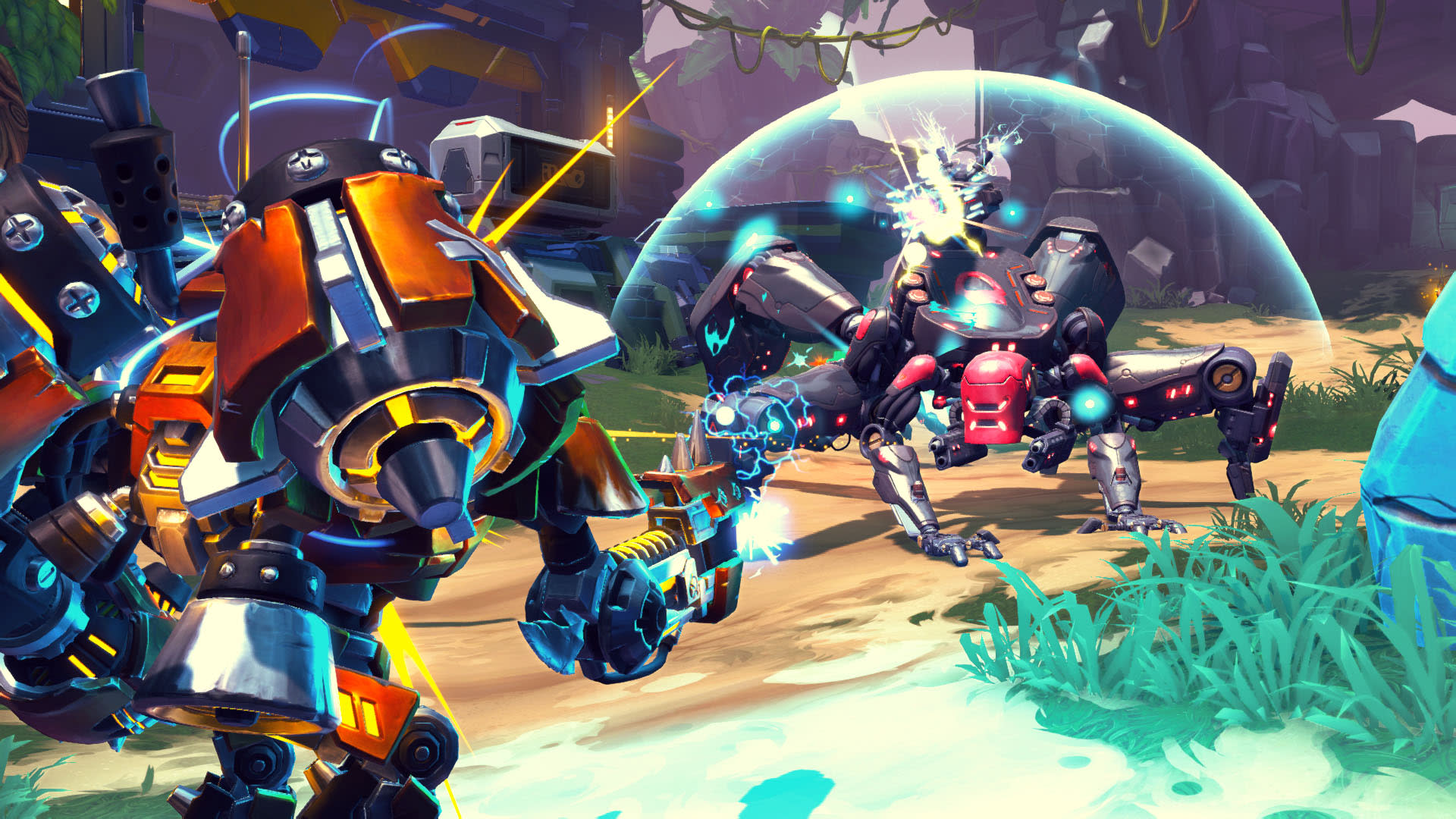 Battleborn, the frenetic team-based shooter from Gearbox Software, has introduced a $20 price cut. What's more, a brand new character joined its ranks, all on the same day rival shooter Overwatch made its debut. Coincidence or genius marketing? It could be a little bit of both.

Battleborn will now retail for $54.99/£38.12 for the digital deluxe version with all future downloadable content and $39.99/£26.66 for the standard version, both of which are available in the 2K Store. The deal is going on through this upcoming Saturday, May 28th, in case you've been plowing through Blizzard's Overwatch and need a taste of something different for your Memorial Day weekend.

Along with the $20 price cut, Battleborn introduced a new character to its fold named Alani, one of five planned characters to be released over the next few months. She's up for grabs right now for anyone who participated in the Battleborn open beta or purchased the season pass or digital deluxe edition. The warrior monk looks pretty deadly, and fits in perfectly with the rest of the game's roster. The latest, Pendles, will make an appearance "in the next couple months," according to 2K Games.

There's obviously room for both games out there, and the price cut makes Battleborn all the more palatable.

In this article: 2K-Games, av, battleborn, gaming, gearbox-software
All products recommended by Engadget are selected by our editorial team, independent of our parent company. Some of our stories include affiliate links. If you buy something through one of these links, we may earn an affiliate commission.