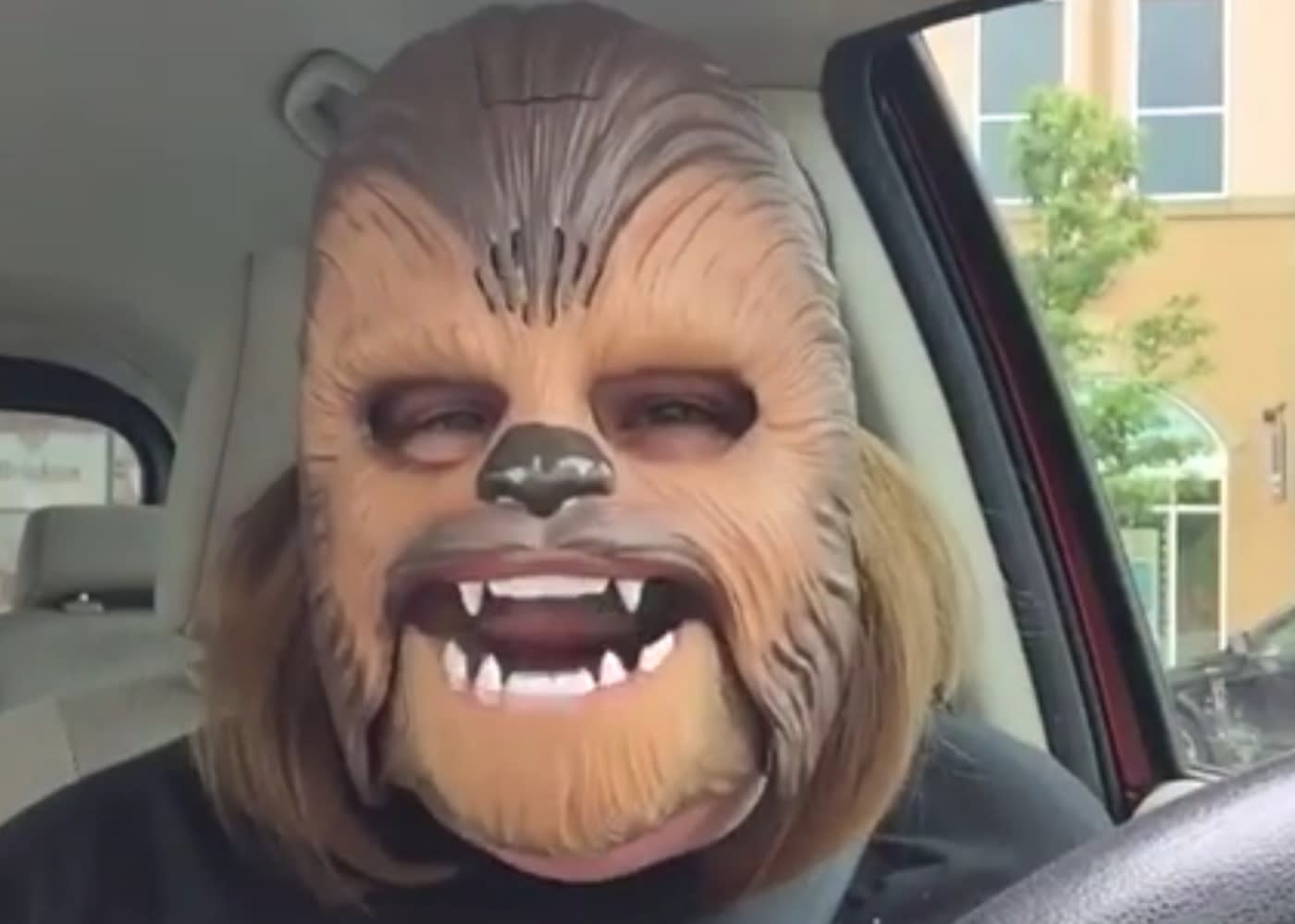 It's only been a few months since Facebook opened up live video streaming to everyone, but with over a billion daily users the emergence of a massive hit was inevitable. Late last week an odd yet charming video stream of Candace Payne amusing herself by trying on a Chewbacca mask went viral, and currently stands at 143 million views with more than 3 million reshares. According to CEO Mark Zuckerberg that makes her video the most-watched Facebook Live video ever, and just that quickly, she's on the company campus riding bikes with guess who -- Chewbacca.

Most importantly for the social network, beyond selling out the masks at Kohls, she's kept its live streaming feature in the news cycle for days. She's made appearances on The Late Late Show with James Corden and Good Morning America, and even if a viewer didn't stick around to watch the whole video on Facebook, they've probably heard about the feature by now. Twitter's Periscope live streaming and even YouTube Live have been around longer, but Facebook's massive audience -- and algorithmically driven feed -- may give it an edge in being able to promote its platform.

In this article: CandaceSPayne, Chewbacca, ChewbaccaMom, culture, facebook, internet, Live, LiveVideo, MarkZuckerberg, streaming, video, viral
All products recommended by Engadget are selected by our editorial team, independent of our parent company. Some of our stories include affiliate links. If you buy something through one of these links, we may earn an affiliate commission.