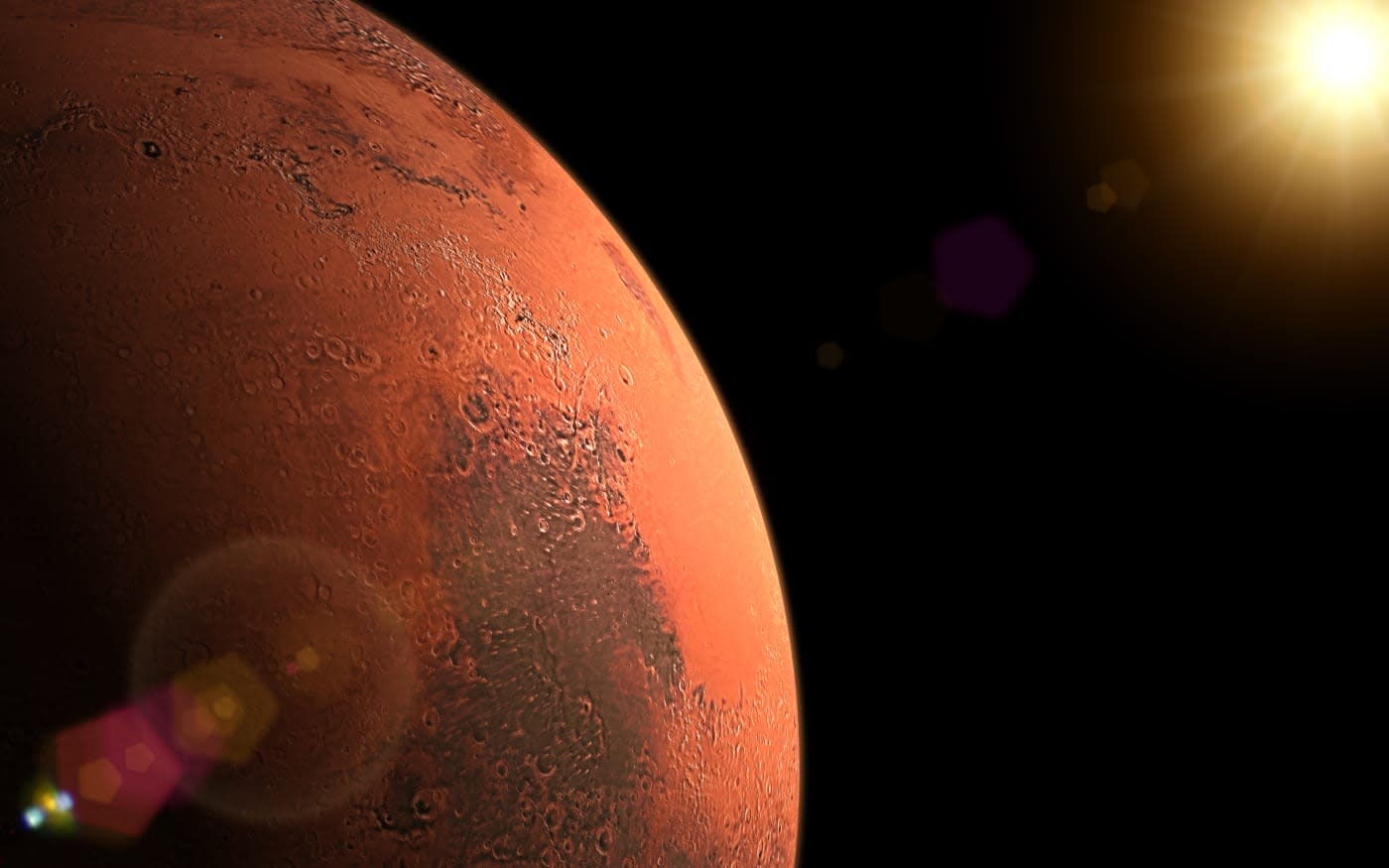 We've known for a while now that Mars has water frozen in ice. And analyzing that water has been a key goal to understanding how the planet has changed over time, especially if its presence meant it once held life. Today, a newly published study concludes that Mars is ever-so slowly exiting an ice age that ended 400,000 years ago.

The study, published in Science, confirms what models had predicted years ago, but weren't previously able to prove: that Mars has had several ice age cycles in the past. Using the Mars Reconnaissance Orbiter, a NASA spacecraft filled with instruments for surveying the red planet, researchers analyzed radar images of its polar ice caps. Tracking erosion and wind effects told a story of how the ice advanced and receded over time -- and gave the researchers a timeline for when the last ice age ended.

Studying Mars' climate change gives us a parallel to the global warming occurring on Earth. The former is the closest planet in the solar system to our own, making it a decent laboratory to study how a similar atmosphere would look without a over a century of burned fossil fuels. But if we're going to send humans to Mars one day it's a good idea to figure out its weather and water situation.

In this article: ClimateChange, IceAge, Mars, MarsReconnaissanceOrbiter, MarsWater, nasa, science, space, TL16MRSAQUA
All products recommended by Engadget are selected by our editorial team, independent of our parent company. Some of our stories include affiliate links. If you buy something through one of these links, we may earn an affiliate commission.