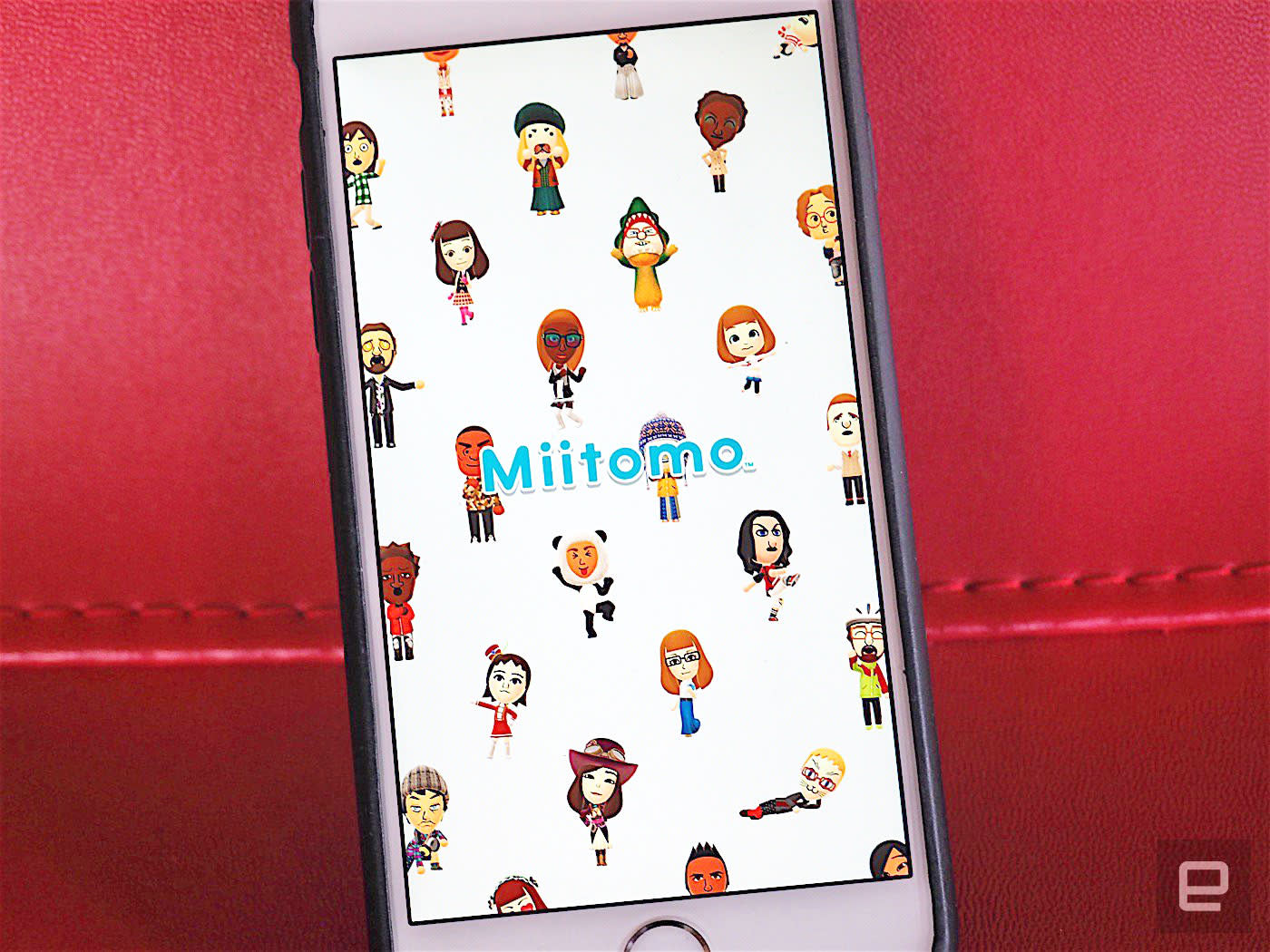 Nintendo's first big foray into mobile gaming, Miitomo, boasts 10 million downloads, but it's more than a game -- it's a quasi social network that's apparently turning into a ghost town. It's generally understood that games see a big bump in players at the outset and gradually that number declines over time. For social networks, where the typical "gameplay," so to speak, is interacting with others, once the user-base declines, there isn't much else you can do. Just ask whoever is still on Ello. The folks at the SurveyMonkey Intelligence blog have been keeping an eye on Miitomo and have made some sobering observations on how Nintendo's smartphone app has performed since launch.

Compared to mobile heavyweights Candy Crush and Clash Royale, Miitomo, on average, is only played half as much per week -- something that could be a bad sign for its longevity. The amount of average weekly users? By SurveyMonkey's count, it's just over 2.5 million. Meaning, only a quarter of the people who've downloaded it so far regularly open the app.

How Nintendo handles this and augments Miitomo with reasons for users to keep coming back is going to be interesting to watch. The firm already promised to bring Splatoon-inspired items into the fold, and while that's a good step, it's a bit on the minor side. Granted, Nintendo is still pretty new at mobile gaming and these could be seen as rookie mistakes. If it wants to keep people coming back to its apps (and there are a number en route this year), the company needs to start thinking about the long-term picture instead of simply relying on the Nintendo name alone to garner sustainable good will.

What about you? Personally, I downloaded the app but couldn't get my Nintendo account to sync with it, so I've been left out in the cold. Let us know in the Twitter poll below.

In this article: candycrush, clashroyale, gaming, gear, miitomo, mobile, mobilegaming, nintendo, surveymonkey
All products recommended by Engadget are selected by our editorial team, independent of our parent company. Some of our stories include affiliate links. If you buy something through one of these links, we may earn an affiliate commission.