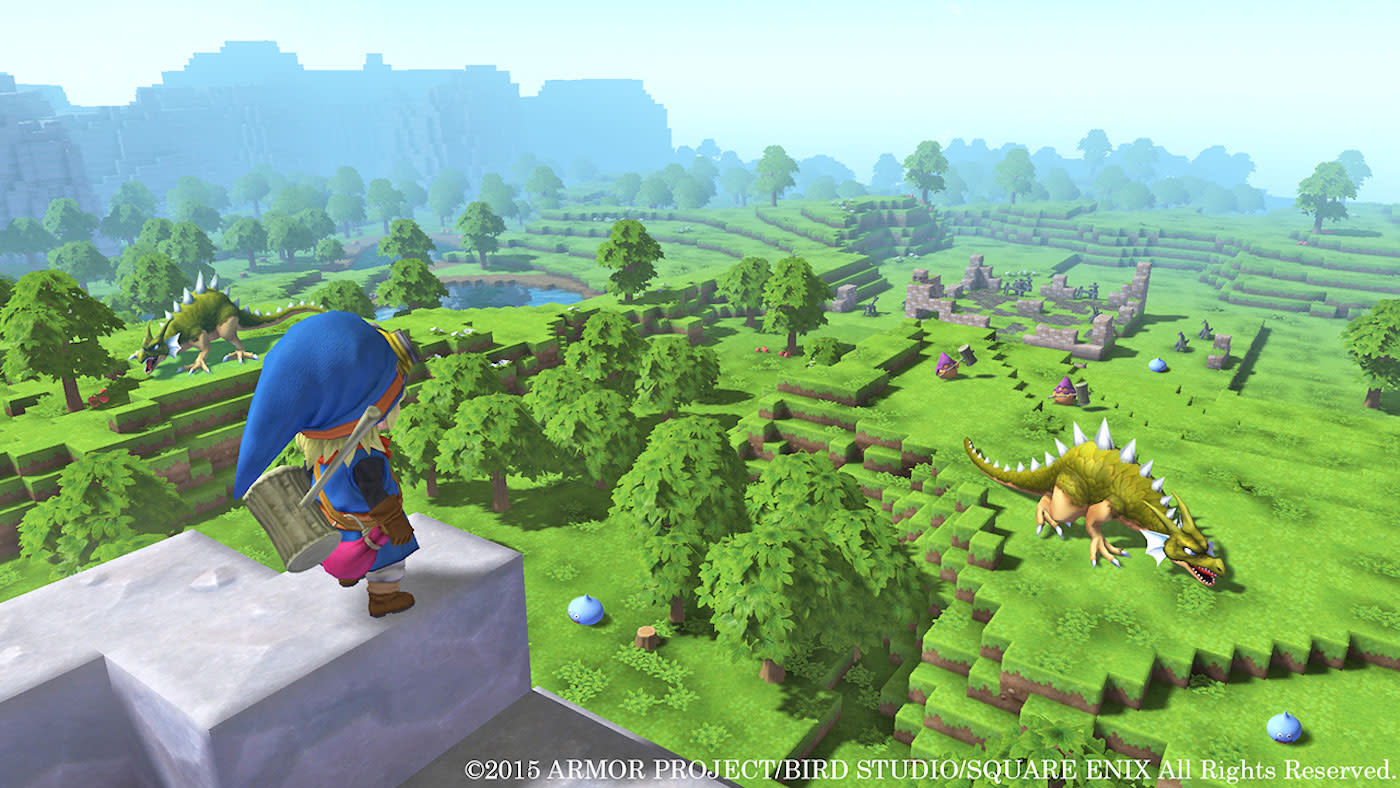 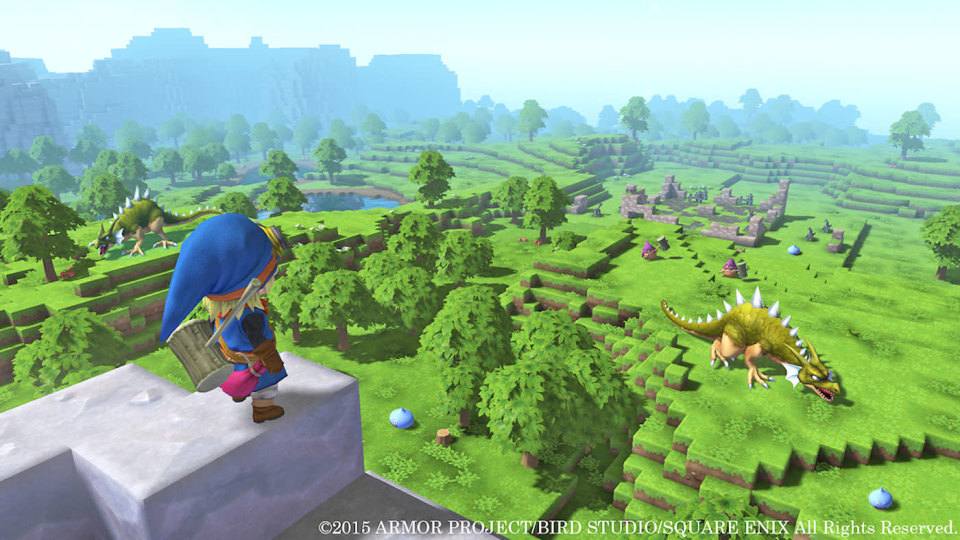 It's hard to talk about Dragon Quest Builders without mentioning Minecraft. Clearly, Square Enix has taken inspiration from the block-building phenomenon developed by Mojang. But the two play quite differently -- Builders is a more structured adventure with clear objectives and villagers to help. The game launched on PS4, PS3 and PS Vita back in January, but that was only for Japan. Today, Square Enix has confirmed it'll be coming to the West too, arriving on PS4 and PS Vita (digital-only) this October.

I played the new, localized version for roughly 30 minutes and came away pleasantly surprised. It's set after the original Dragon Quest and explores what might have happened after the so-called "bad" ending, where you choose not to fight the Dragonlord. The world of Alefgard is ruined and you wake up with no memories (surprise, surprise) and the power to build. Your task is to venture out into the world and teach the art of creative construction to everyone you meet, healing the land along the way.

The characters, items and monsters are all Dragon Quest-themed, offsetting the blocky visuals taken from Minecraft. I enjoyed the simple quests, which served to explain the crafting system and blueprints -- unlockable patterns which you set on the ground and build on top of. Once you've laid down the necessary number of blocks, and thrown a pre-determined list of items inside, the game recognises that you've built a certain structure. Villagers can then use and inhabit them, building out your tiny empire.

It won't be for everyone, but if you fall into one of two camps -- a diehard Dragon Quest fan, or someone that's been looking for a more guided and focused Minecraft experience -- this could be up your alley.

In this article: av, dragonquest, dragonquestbuilders, e32016, gaming, squareenix
All products recommended by Engadget are selected by our editorial team, independent of our parent company. Some of our stories include affiliate links. If you buy something through one of these links, we may earn an affiliate commission.