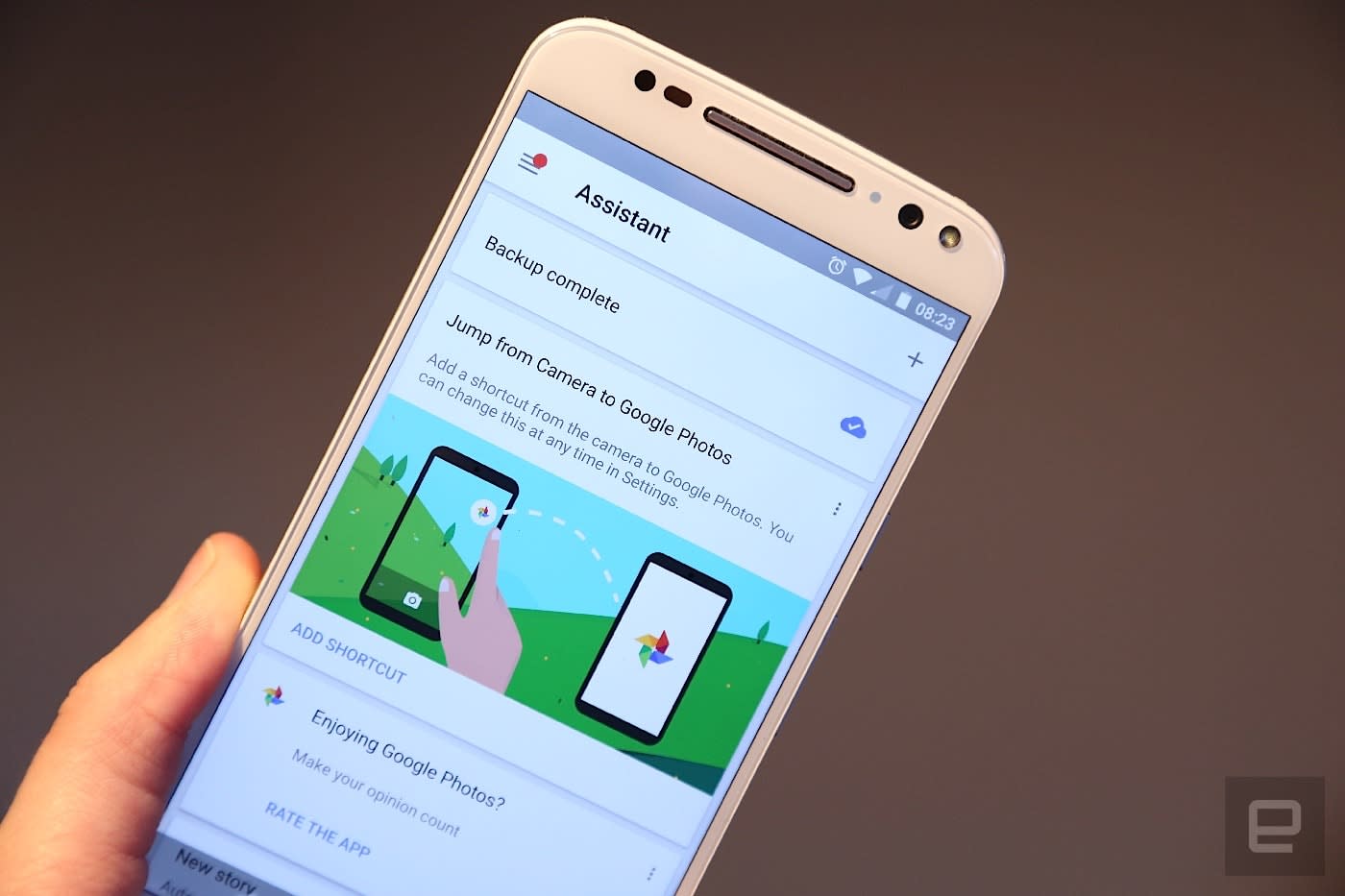 Happy birthday, Google Photos. In the year since its launch, the service has created 1.6 billion animations, collages and movies from your snapshots, according to a post on the Google blog. More than that, there've been some 2 trillion labels, with 24 billion of them categorizing selfies. All told, the search giant says that thanks to the cloud backup option, the app's 200 million users have collectively cleared 13.7 petabytes of storage from their phones. If you'll remember, opting for high quality photo uploads offers unlimited storage, but choosing original quality counts against your overall Google storage. That may change in the future if you own a Nexus device, though.

A teardown of the latest update for the app by Android Police reveals that Nexus folks could soon have another benefit other than speedy firmware updates: unlimited original-quality photo and video storage. More than that, it looks like the app could see internal adjustment tools for exposure and contrast.

Way down the road, we might see Google Assistant going a further than it currently does and delete duplicate photos or blurry shots, according to a Buzzfeed News interview with Photos lead Anil Sabharwal. Why? Because a lot of the people using the app live in developing countries and their phones don't have a lot of storage. This would allow them to free up even more space. With the developing market in mind, Sabharwal goes on to say that improvements are coming to proximity sharing via Bluetooth (which doesn't eat into mobile data) as well, which should boost the current 25 million photo transfers that take place per week.

Even if you've been using the app since day one, there's a chance that you might not know a few of its ins and outs (like searching for photos via emoji). The source link below has more tips and tricks to take for a spin after you've spent the long weekend capturing summer memories.

In this article: AnilSabharwal, cameras, gear, google, googlephotos, internet, mobile, nexus, photography, photos, selfie
All products recommended by Engadget are selected by our editorial team, independent of our parent company. Some of our stories include affiliate links. If you buy something through one of these links, we may earn an affiliate commission.