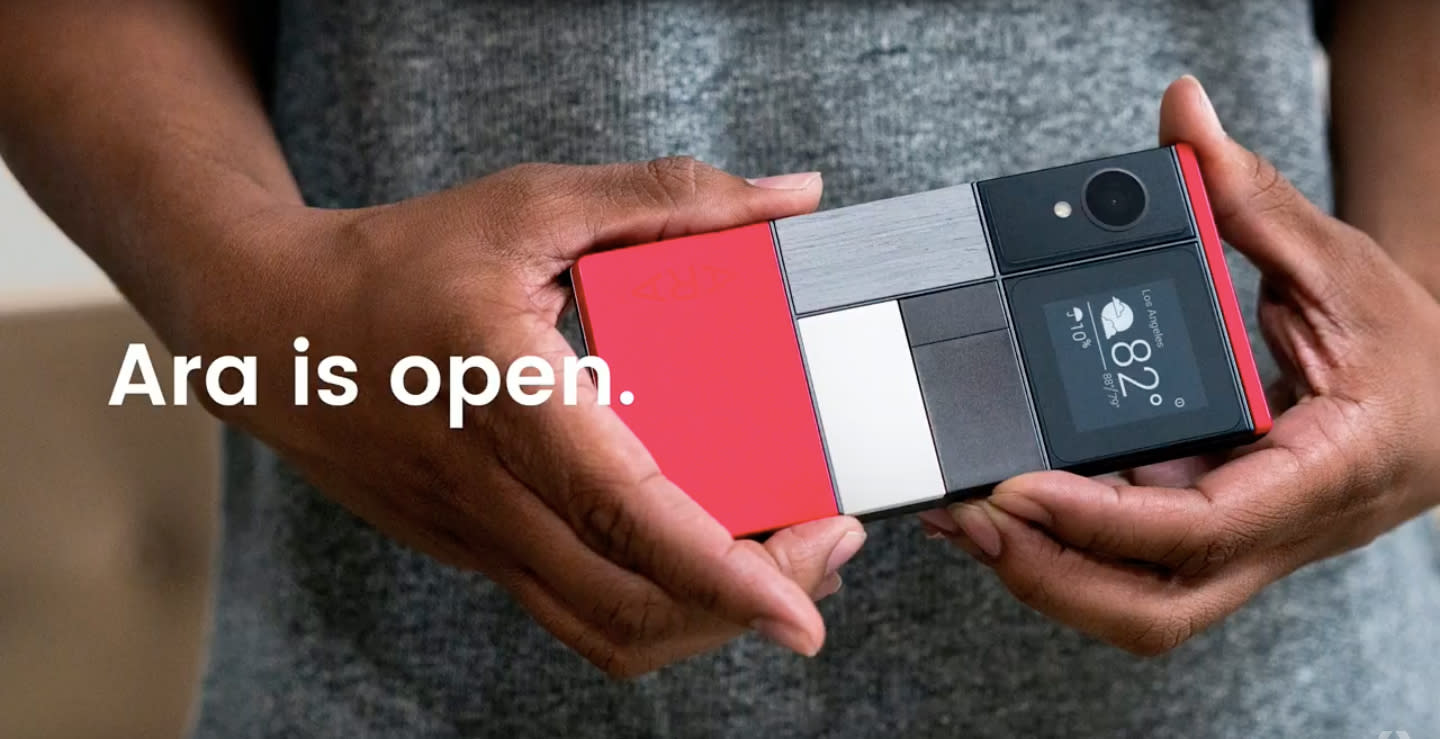 Dave Hakkens, the brains behind the Phonebloks modular phone concept, thinks Google could do better when it comes to Project Ara. In a blog post, Hakkens said he wasn't happy that the modular phone's latest version puts its processor, battery, antenna, sensors and screen in a single skeleton and that only add-ons like the camera, speakers and projector are available as swappable modules. When Hakkens dreamed up Phonebloks, he envisioned each component as a module you can replace. The Dutch designer announced the concept in September 2013 not knowing that Motorola was cooking up a similar project. The two later collaborated on Project Ara.

Hakkens thought up his concept as a way to reduce e-waste, but if all the important components are in one skeleton, then users will still end up tossing their phones out after a while. Further, he believes that Google should work with other companies to create an ecosystem of modules instead of doing everything on its own.

The Dutch designer's vision, as you can imagine, wouldn't be easy to execute. Nevertheless, he thinks Google has the resources as one of the most powerful companies in the world to cook up a better modular device. He does seem to be happy with one aspect of the new model, though: its blocky design, which is reminiscent of the original concept's looks.

In this article: ara, gear, google, mobile, modularphone, phone, projectara, TL16MODLR
All products recommended by Engadget are selected by our editorial team, independent of our parent company. Some of our stories include affiliate links. If you buy something through one of these links, we may earn an affiliate commission.