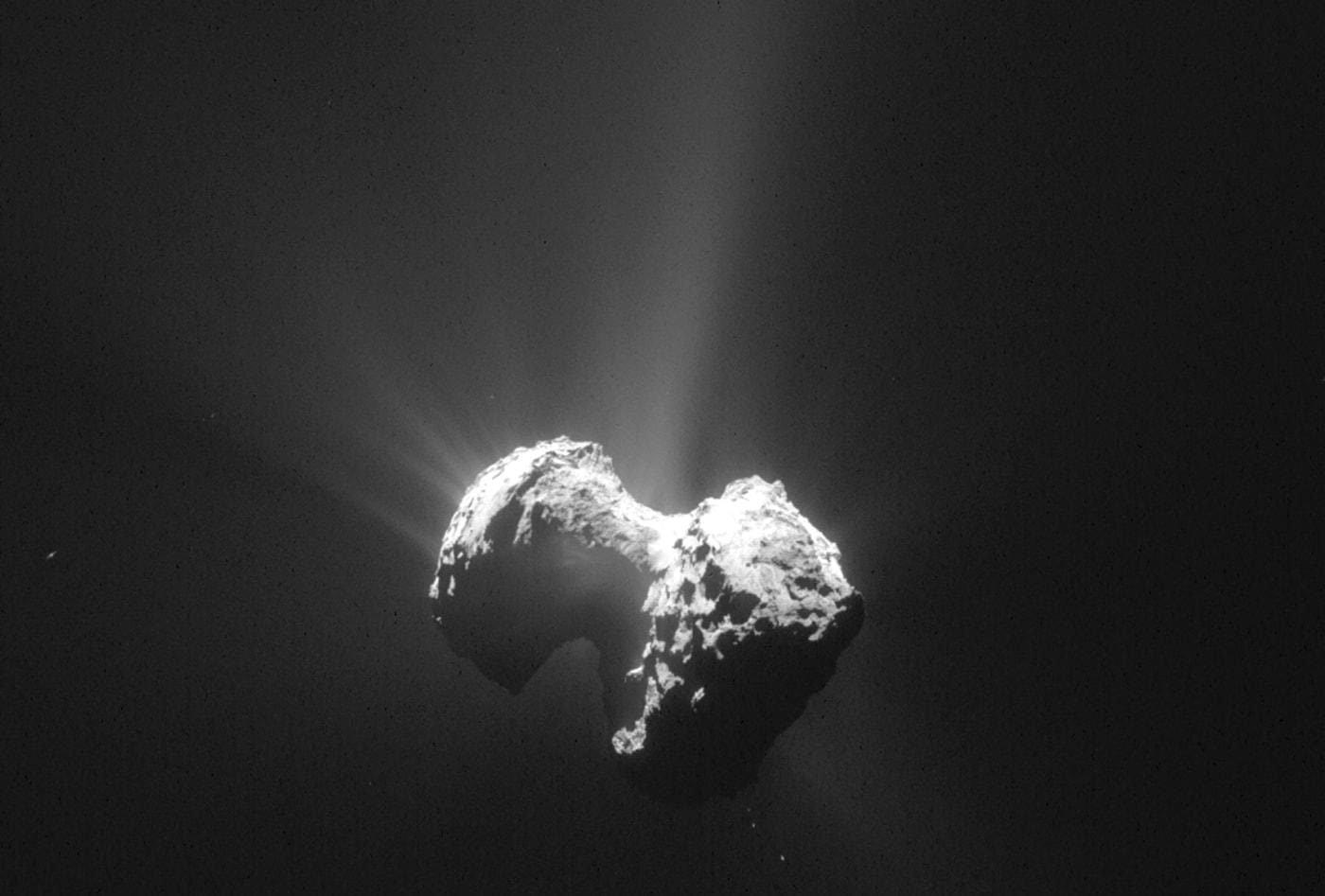 The amino acid glycine, one of the key building blocks of life as we know it, has been found in the "fuzzy atmosphere" of comet 67P Churyumov-Gerasimenko, the European Space Agency announced today. The findings mean it is likely the glycine was carried through space on the surface of the comet.

The ESA's Rosetta probe actually detected the glycine during one of its flybys of the comet last year, and an earlier NASA mission had discovered glycine in the trail of comet Wild 2 back in 2006. However, Reuters reports there were contamination issues with the Wild 2 samples that "complicated the scientific analysis."

"This is the first unambiguous detection of glycine at a comet," said Kathrin Altwegg, one of the lead authors of a new paper in the journal Science Advances.

"Having found glycine in more than one comet shows that neither Wild 2 nor 67P are exceptions," Altwegg said. The confirmation supports the idea that amino acids are common around star-forming regions of the universe and were likely delivered to Earth by a comet or other celestial object.

The Rosetta team also phosphorus, another key element for life, around 67P Churyumov-Gerasimenko, marking the first time time the element had been discovered around a comet. Although the Philae lander unfortunately gave out after just a few weeks on the comet's surface, scientists plan to use Rosetta's instruments to search 67P's dust cloud for other complex organic compounds before it eventual crashes into the comet this September.

In this article: Churyumov-Gerasimenko, comets, esa, EuropeanSpaceAgency, philae, Rosetta, science, space
All products recommended by Engadget are selected by our editorial team, independent of our parent company. Some of our stories include affiliate links. If you buy something through one of these links, we may earn an affiliate commission.