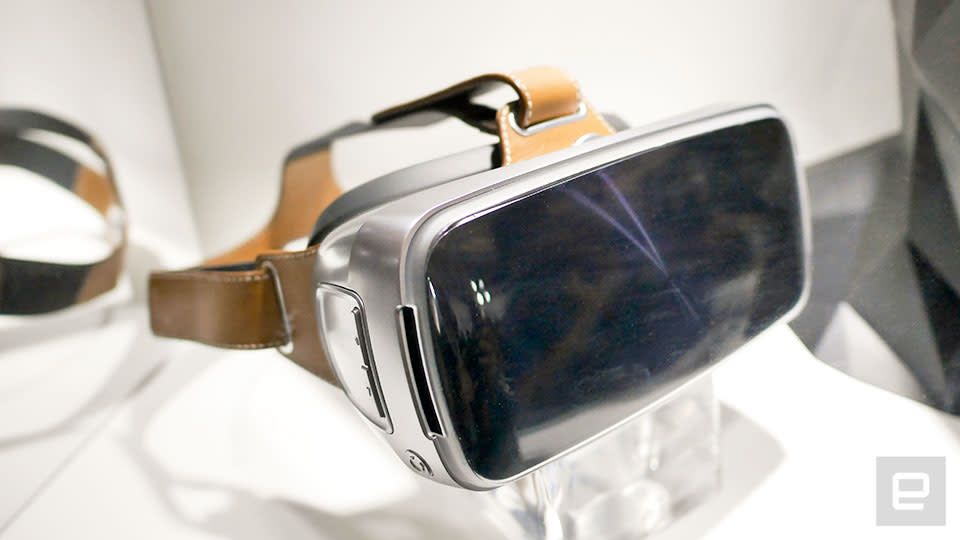 Well, look at what we have here. Tucked away in the corner of ASUS' Computex event is what looks like a VR headset, and a particularly fancy one, at that. The goggles part of it is a shiny silvery metal and its straps seem to be made out of leather. After digging around, we found out that it's meant to be used in much the same way as the Gear VR, except you'd use it with an ASUS' ZenFone instead (naturally). As with the Gear VR, you'd use the touchpad and buttons on the side for navigation. There's not much else we know about it, but we're guessing we'll learn more about it later this year. At IFA, perhaps? In this article: asus, asusvr, computex2016, gaming, gear, hands-on, personal computing, personalcomputing, wearables
All products recommended by Engadget are selected by our editorial team, independent of our parent company. Some of our stories include affiliate links. If you buy something through one of these links, we may earn an affiliate commission.