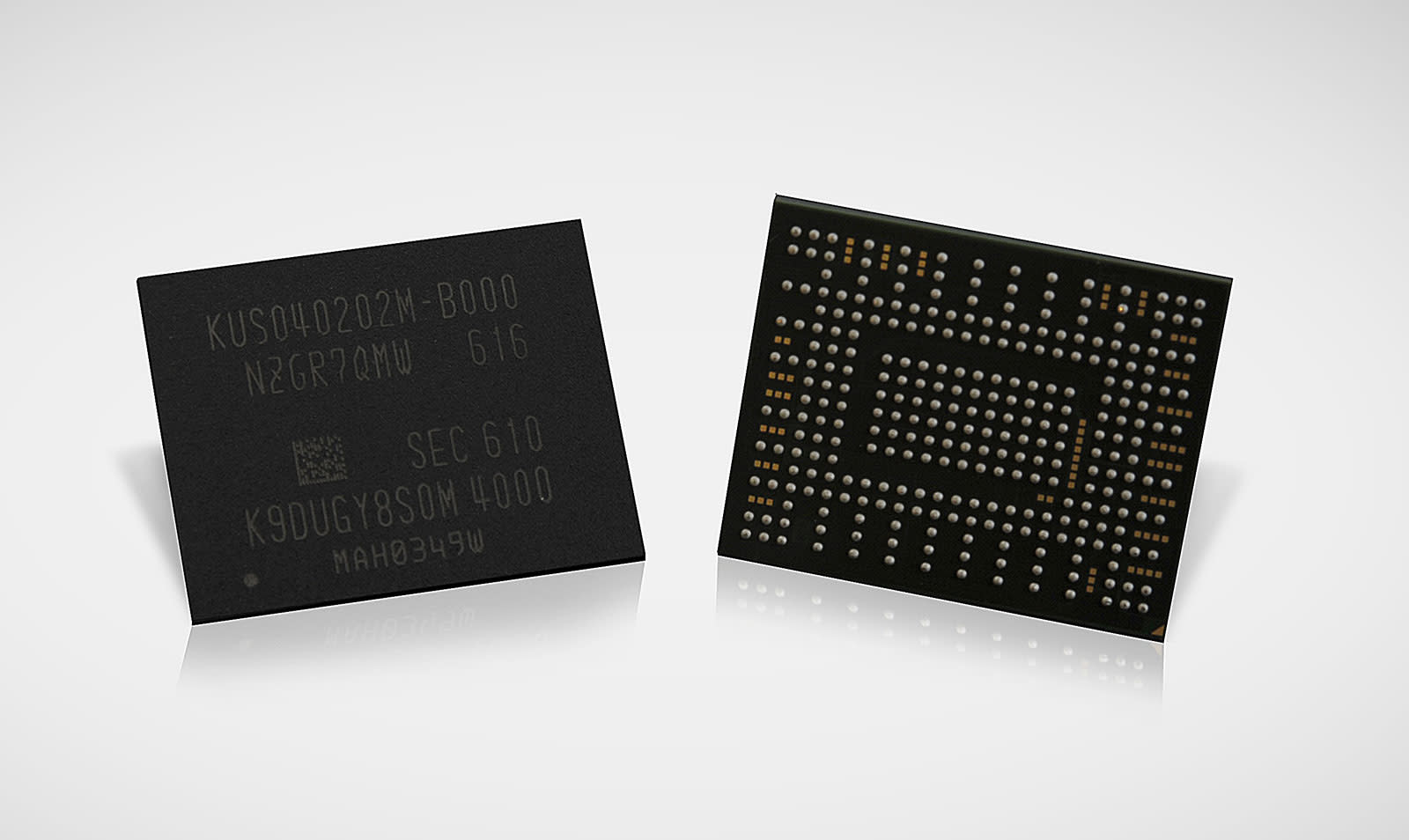 Storage in your laptop or smartphone is a compromise between volume, access speed and physical size. But, the industry's competition to shrink them while boosting their specifications is fierce. A few months after shipping a 16TB solid-state drive, Samsung has announced a fast, efficient 512GB SSD that's half the size of a postage stamp.

Samsung's press release claims that the drive is the first mass-produced 512GB SSD with non-volatile memory express (NVMe), a host-controller interface with a streamlined register for speed, in a single package. Unlike other hard drives in multi-chip packages (MCP), Samsung's new drive is organized in a ball grid array into a collected unit, making it simpler to fit in and connect to other parts in the device. This makes the drive ideal for the ultra-slim notebook PC market, where space and weight are at a premium.

A senior Samsung VP said in a press release that the tiny drive triples the performance of a typical SATA SSD. Its read/write speeds of up to 1,500MB/s and 900MB/s, respectively, mean you could transfer a 5GB HD video in 3 seconds. Samsung will start selling the drive in June in 512GB, 256GB and 128GB models.

In this article: gear, HardDrive, personal computing, personalcomputing, samsung, SolidStateDrive, ssd
All products recommended by Engadget are selected by our editorial team, independent of our parent company. Some of our stories include affiliate links. If you buy something through one of these links, we may earn an affiliate commission.