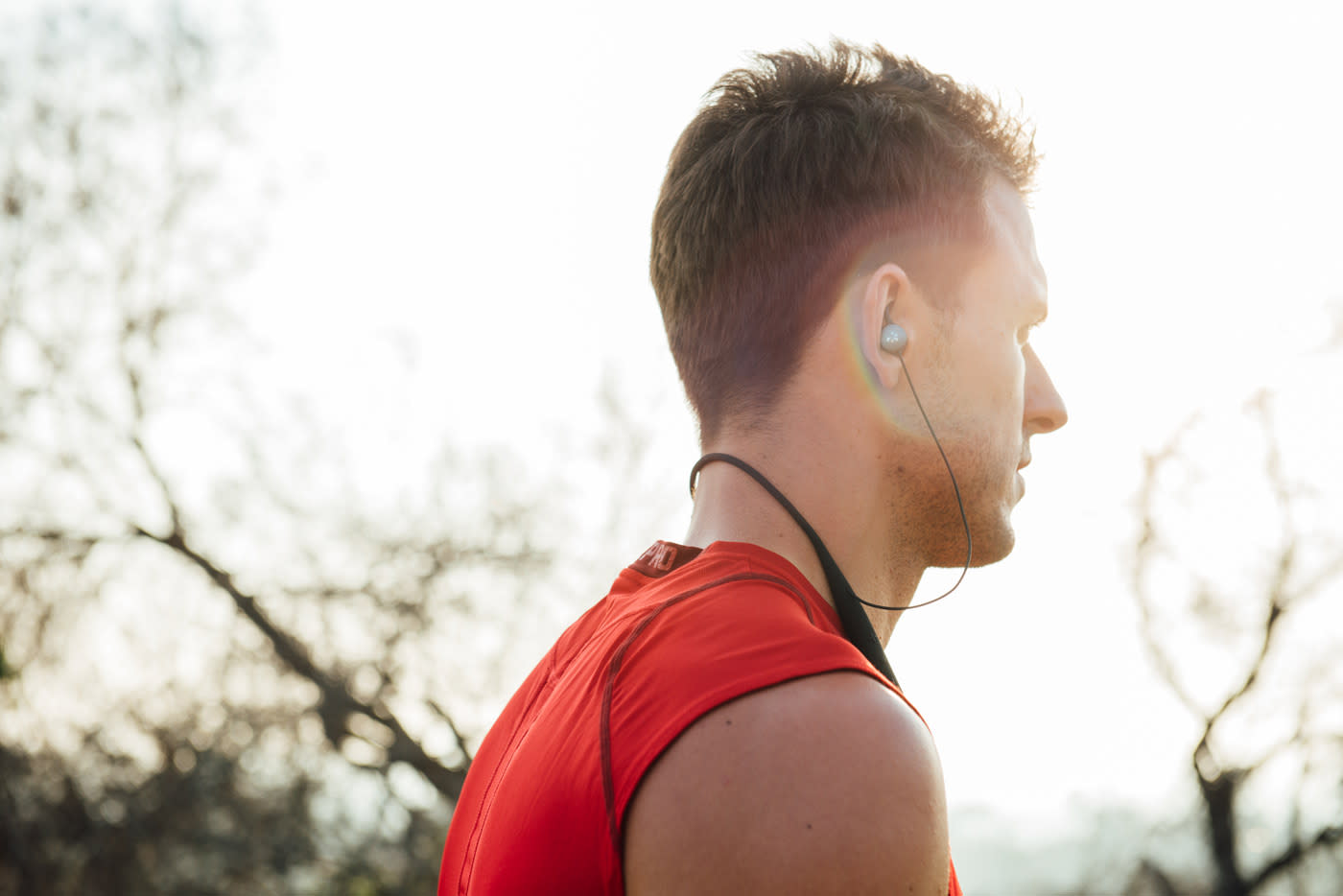 As a rule, fitness coaching from wearable devices is pretty limited when you're in mid-exercise. They'll tell you when you hit your goals, but they don't really know you and your patterns. That's where LifeBeam thinks it can help. It's crowdfunding new earphones, Vi, that combine sensors (tracking aspects like heart rate and elevation) with an app-based artificial intelligence coach. The audio gear provides real-time advice that adapts based on numerous factors, ranging from your running technique to your stress levels. It'll even do its best to minimize exhaustion and injury.

Vi also promises touch-activated speech recognition to keep your hands free, and its battery is reportedly good enough to last for a whole day's worth of activity (twice as long as most rivals, if you believe LifeBeam). And yes, they they should sound reasonably good for old-school music: Harman/Kardon is helping to produce a "high-fidelity" sound.

Like the idea? LifeBeam is asking for a $199 pledge to get Vi for yourself when it ships sometime in the fall. Otherwise, you're looking at $249. That's not trivial by any means, but it's not much more expensive than other, mostly music-oriented in-ears. If you get most of your listening in during your morning run, it's likely worth taking a look.

In this article: ai, artificialintelligence, av, coaching, crowdfunding, earphones, exercise, fitness, gear, headphones, lifebeam, vi, wearable, wearables
All products recommended by Engadget are selected by our editorial team, independent of our parent company. Some of our stories include affiliate links. If you buy something through one of these links, we may earn an affiliate commission.