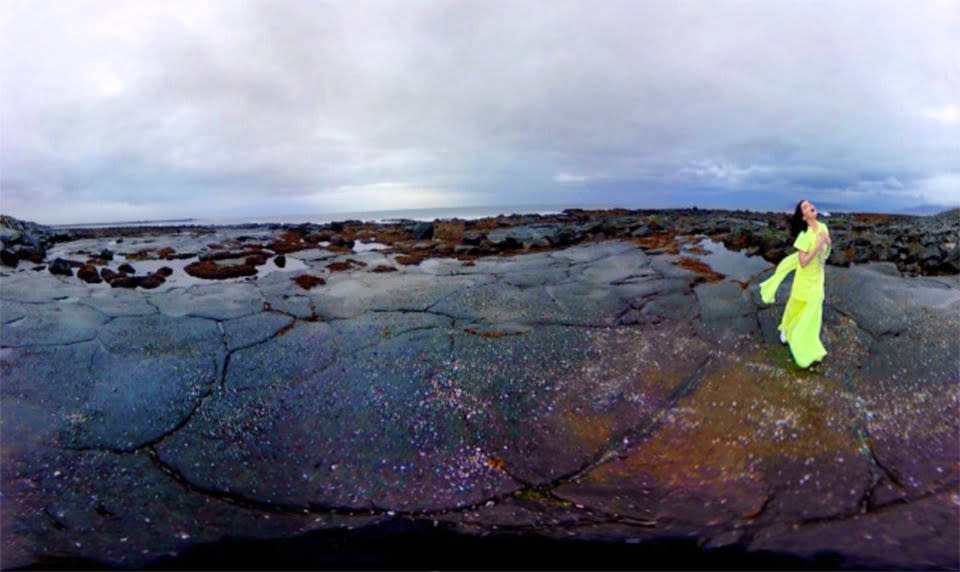 Bjork is infatuated with virtual reality. Last year, she debuted a VR music video for the song "Stonemilker" from her latest album, Vulnicura, but now she's taking this digital love fest to the next level. Bjork has transformed four songs from Vulnicura into 360-degree VR experiences for an exhibition called Bjork Digital that kicks off today in Sydney, Australia. She plans to add VR videos for the album's remaining five songs in the coming months, and the show will head to Tokyo, London, Paris, Houston and several other cities this year, Variety reports.

Bjork Digital takes place on 80 Gear VR headsets, plus it's been ported to the HTC Vive complete with full-room tracking. VR enthusiasts will eventually be able to download the videos on HTC Vive, Oculus Rift, Gear VR and as iOS and Android apps, Variety says.

One of the VR videos is the original "Stonemilker" experience that we tried out last year -- it was a beautiful but surprisingly hollow exhibition that felt limited by the hardware itself, featuring Bjork on a black pebble beach. Another video takes place in a Game of Thrones-style cave and yet another is set entirely in Bjork's mouth, Variety says. Bjork Digital also features the premiere of the music video for "Notget," which Bjork teased earlier this week.

"I feel the chronological narrative of the album is ideal for the private circus virtual reality is," Bjork writes on Instagram. "A theatre able to capture the emotional landscape of it."

In this article: art, av, Bjork, bjorkdigital, culture, gadgetry, gadgets, VirtualReality, vr, vulnicura, wearables
All products recommended by Engadget are selected by our editorial team, independent of our parent company. Some of our stories include affiliate links. If you buy something through one of these links, we may earn an affiliate commission.