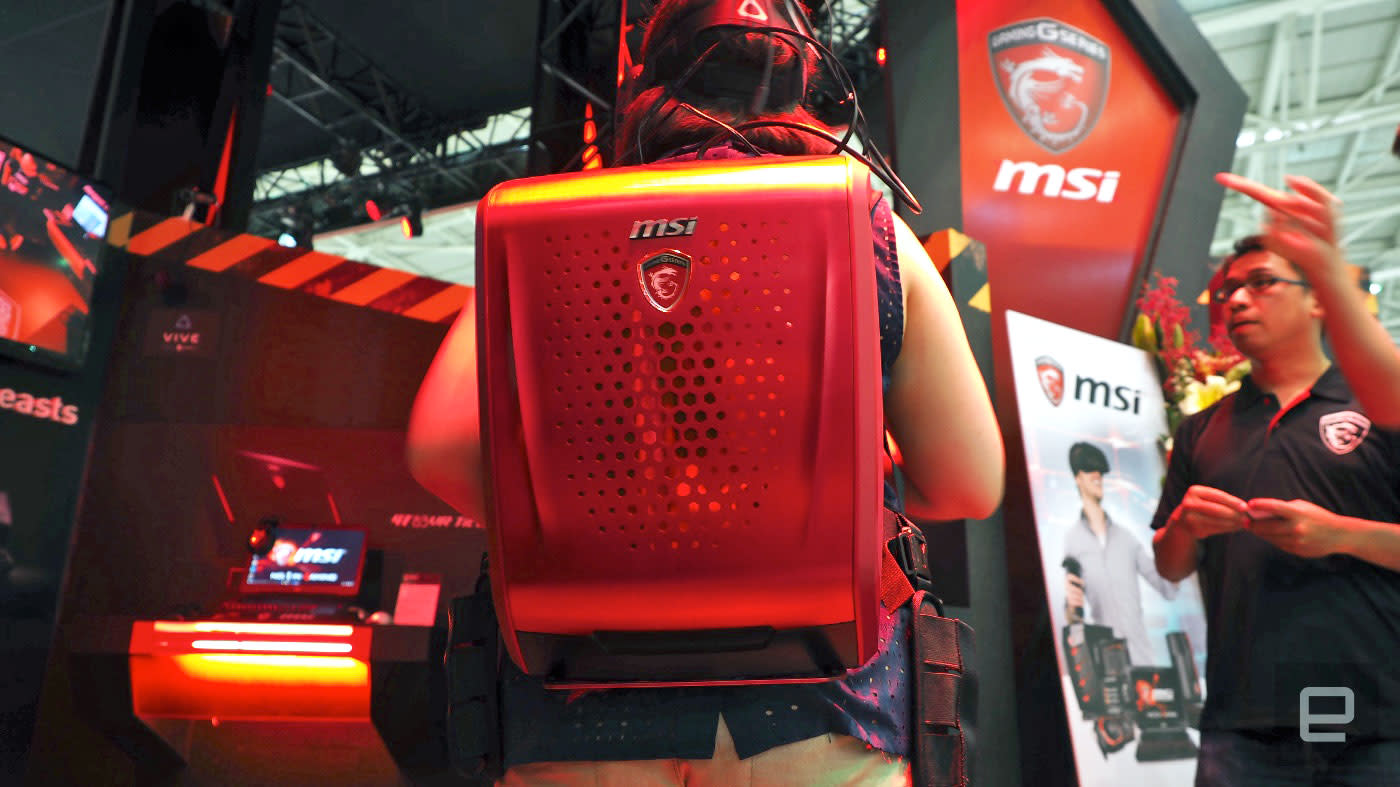 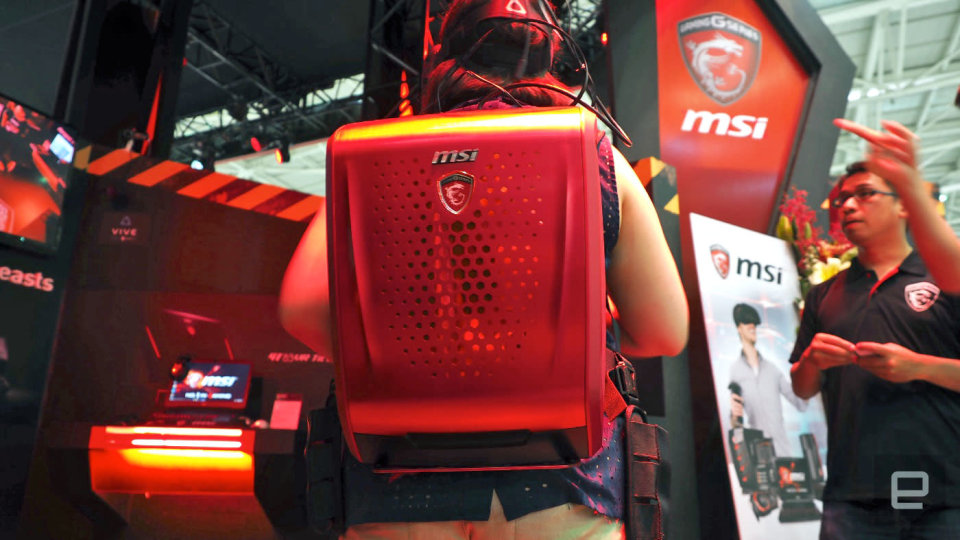 One of the problems with the current crop of non-smartphone VR headsets is that they need to be connected to PCs via thick, heavy cables. These might hamper your movements when you're busy playing a game, or worse, you could trip over an errant wire and fall face flat on the floor. Well, a few companies have come up with an interesting solution: VR backpacks that carry a full-fledged PC, enabling you to move around unencumbered. MSI's version is called the Backpack PC. Since it was on display here at Computex 2016, so I took a few minutes to try it out for myself.

Equipped with an Intel Core i7 processor and a GeForce GTX980 graphics card, the entire rig weighs in at around 10 pounds. That sounds pretty hefty, but to my surprise it actually didn't feel too heavy when I strapped it on. This particular backpack was attached to a HTC Vive, which the helpers at the MSI booth then fitted to my head. I then played a game demo that had me shooting at flying robots, which shot back tiny red energy balls that I was supposed to avoid. If I didn't dodge those bullets, my "ship" would be destroyed.

As a result, I found myself moving around a lot, bobbing and weaving as much as I could. Compared to the normal Vive experience, I have to admit the lack of wires feels pretty freeing. Instead of worrying on whether I was about to wrap myself around in cables, I could just enjoy the game. Still, wearing a backpack feels pretty silly, plus its battery life is only around an hour before you have to charge it again.

MSI hasn't announced pricing or availability for its Backpack PC just yet, but the company says it should be out later this year. I don't imagine this will be too popular for normal home use, but I could see it being useful for perhaps in-store demonstrations or amusement parks where wires lying around could be a real hazard. Or, you know, if you want to feel like you're one of the Ghostbusters.

In this article: computex, computex2016, gear, hands-on, MSI, personal computing, personalcomputing, virtualreality, vr, vrbackpacks, wearables
All products recommended by Engadget are selected by our editorial team, independent of our parent company. Some of our stories include affiliate links. If you buy something through one of these links, we may earn an affiliate commission.