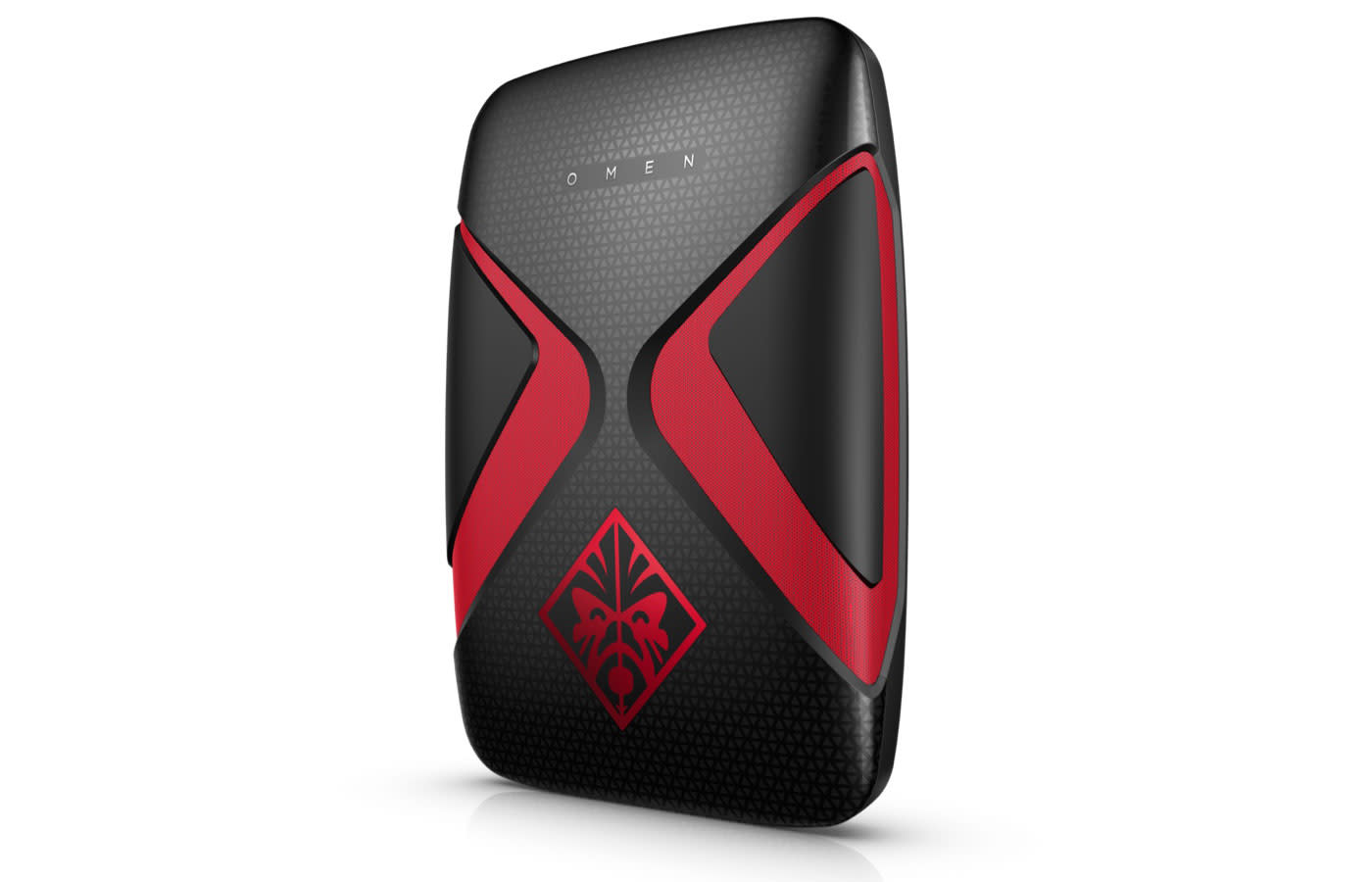 HP revealed an arsenal of new gaming gear yesterday, but it had one more device up it's sleeve. Another PC that's part of the recently announced Omen line is a backpack machine that's VR-ready. It's still in development, so details are a bit scarce at this point, but the mobile setup packs a Intel Core i5 or i7 processor, up to 32GB RAM and everything else you'll need to power an HTC Vive or Oculus Rift. There's no word on the graphics card just yet, but a belt holds two batteries -- one for the CPU and one for the graphics card.

As you might expect, battery life is pretty limited. In fact, HP says those batteries will only last for about an hour. However, you'll be able replace those packs without having to shut the system down thanks to a smaller third battery. In terms of heft, the Omen VR backpack weighs under 10 pounds and offers a wireless display, mouse and keyboard for setup and troubleshooting. Since this device is still in the works, there's no word on pricing or availability. If we had to guess, you'll need to tap into your savings account when the time comes.

HP isn't the only one with a VR backback though, as MSI also announced one as part of its Computex lineup. The Backpack PC (yes, that's the name) carries an Intel Core i7 alongside a Nvidia GTX 980 graphics card. MSI is touting the benefits of "big movements and total immersion," but it too is light on the finer details, especially pricing and availability. Back in April, Zotac put one of its mini PCs in a backpack to offer a VR-ready setup with Nvidia GTX 970, 980 or 980i graphics. There's no word on price here either, unfortunately, but we could hear more at the event in Taiwan this week.

The goal with all of these machines is for users to be able to use a tethered VR headset without being anchored to a desktop machine. In theory, you can plug into one of these backpacks and walk around during the game or other VR experience. Of course, you likely don't have a lot of room to roam in your living room, but places like the VR theme park The Void could be a spot where these devices see the most use. Either way, it beats cramming a computer into a regular backpack that will quite literally get you hot under the collar.

In this article: backpack, entertainment, gaming, gear, hp, msi, omenx, personal computing, personalcomputing, virtualreality, vr, vrbackpack, zotac
All products recommended by Engadget are selected by our editorial team, independent of our parent company. Some of our stories include affiliate links. If you buy something through one of these links, we may earn an affiliate commission.