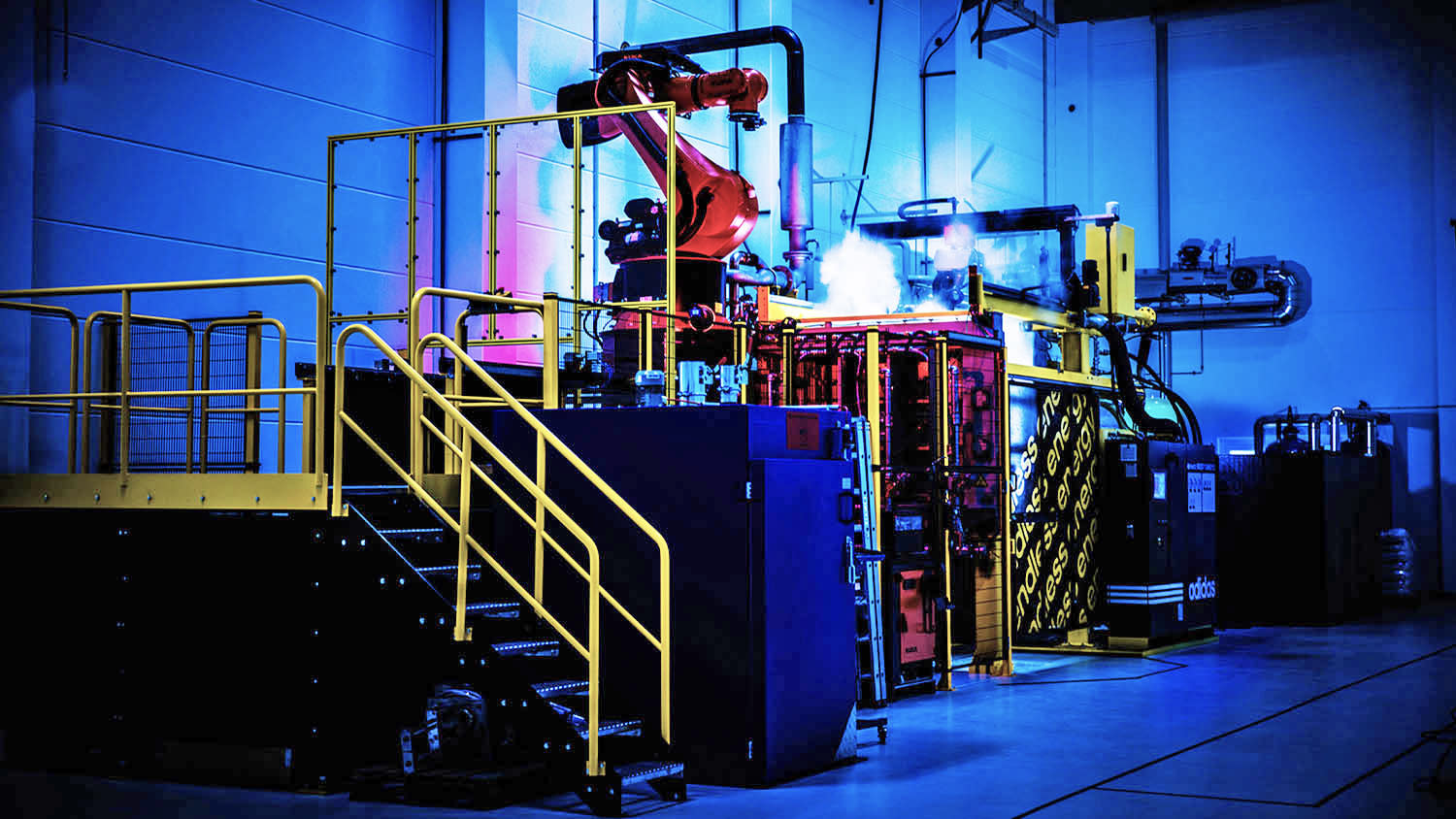 Years ago, clothing manufacturers started moving production to developing nations where the labor costs were cheap and employees were plentiful. Proponents of globalization said that jobs going to poorer regions was a great thing, but sportswear firms paying workers pennies to make $100 shirts certainly isn't. But now, the robot revolution is likely to cause a retreat from the days of fashion houses opening sweatshops in far-flung lands. And Adidas, which has often come under fire for its use of unethical labor practices, is leading the charge.

The Financial Times is reporting that Adidas is going to bring back production to its native Germany for the first time in 30 years. It's spent the last six months testing a robotic factory with automated production lines creating soles and uppers separately before stitching them together. Spurred on by the results, the company is working on a large facility near Ansbach which will begin making sneakers for sale at some point next year. Another facility will be built in the US, although both are expected to produce just a tiny fraction of the 301 million pairs the firm made last year.

The paper explains that a robot production line takes about five hours to create each pair of sneakers from scratch. By comparison, it apparently takes "several weeks" to do the same job in an Asian factory with human workers. Efficiency and cost savings may be the name of the game, but there are other perks for companies toying with robot production. Adidas will become more nimble when it comes to creating new sneakers, and can cut costs by only manufacturing a shoe when demand is high enough. That will end the days of unwanted stock being sold off on the cheap at the end of the season, reducing waste and boosting profits.

Of course, the end goal is surely to end the days of buying a sneaker off the shelf and simply have a custom-made kick sent to your home days after ordering. It's another benefit of localization, since Adidas will be able to get product into the hands of consumers far faster if factories are located nearer to its audience. With advances in 3D printing likely to come in the future, the idea of things you want to buy being made in a far-flung land may be a thing of the past in three or four decades time.

But there's a dark side to all of this, which is what's going to happen to those communities when the sweatshops eventually close. In 1992, US Senator Tom Harkin proposed legislation that would block imports of goods produced by children under the age of 15. A year later, the Bangladesh garment industry dismissed 50,000 children in anticipation of the bill, which was never passed. A 1997 report by UNICEF tracked those children, and found that their situation had gotten worse, not better. As the report explains, the children wound up in "hazardous situations" where they were "paid less, or in prostitution."

In this article: Adidas, Business, culture, gear, Germany, Localization, Manufacturing, Production, robots, Sneaker, Speedfactory, Sweatshops, Trainer, wearables
All products recommended by Engadget are selected by our editorial team, independent of our parent company. Some of our stories include affiliate links. If you buy something through one of these links, we may earn an affiliate commission.