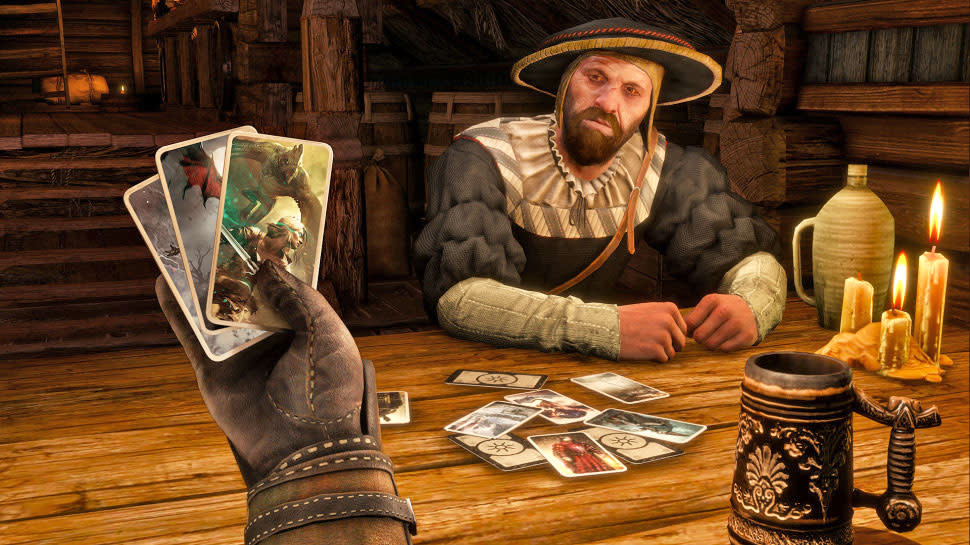 If you spent way too much time partaking in the metagame Gwent in The Witcher 3: Wild Hunt, you might want to set aside a few days' vacation for this announcement. CD Projekt, creator of The Witcher, has trademarked Gwent: The Witcher Card Game.

According to a report from NerdLeaks, the company filed a trademark with the European Union Intellectual Property Office for an upcoming "computer software" application. While the trademark doesn't explicitly state whether or not this filing extends to a physical card game or not, the assumption is the game will be released as its very own standalone game. Witcher fans are all about some Gwent, so a Hearthclone for mobile or even a simple platform on which you can collect cards and challenge others to games would be a coup. Unless, you know, you've got something productive to do with your time.

With E3 2016 around the corner, we may well see an official announcement next week.

In this article: av, CdProjektRed, gaming, Gwent, thewitcher3
All products recommended by Engadget are selected by our editorial team, independent of our parent company. Some of our stories include affiliate links. If you buy something through one of these links, we may earn an affiliate commission.