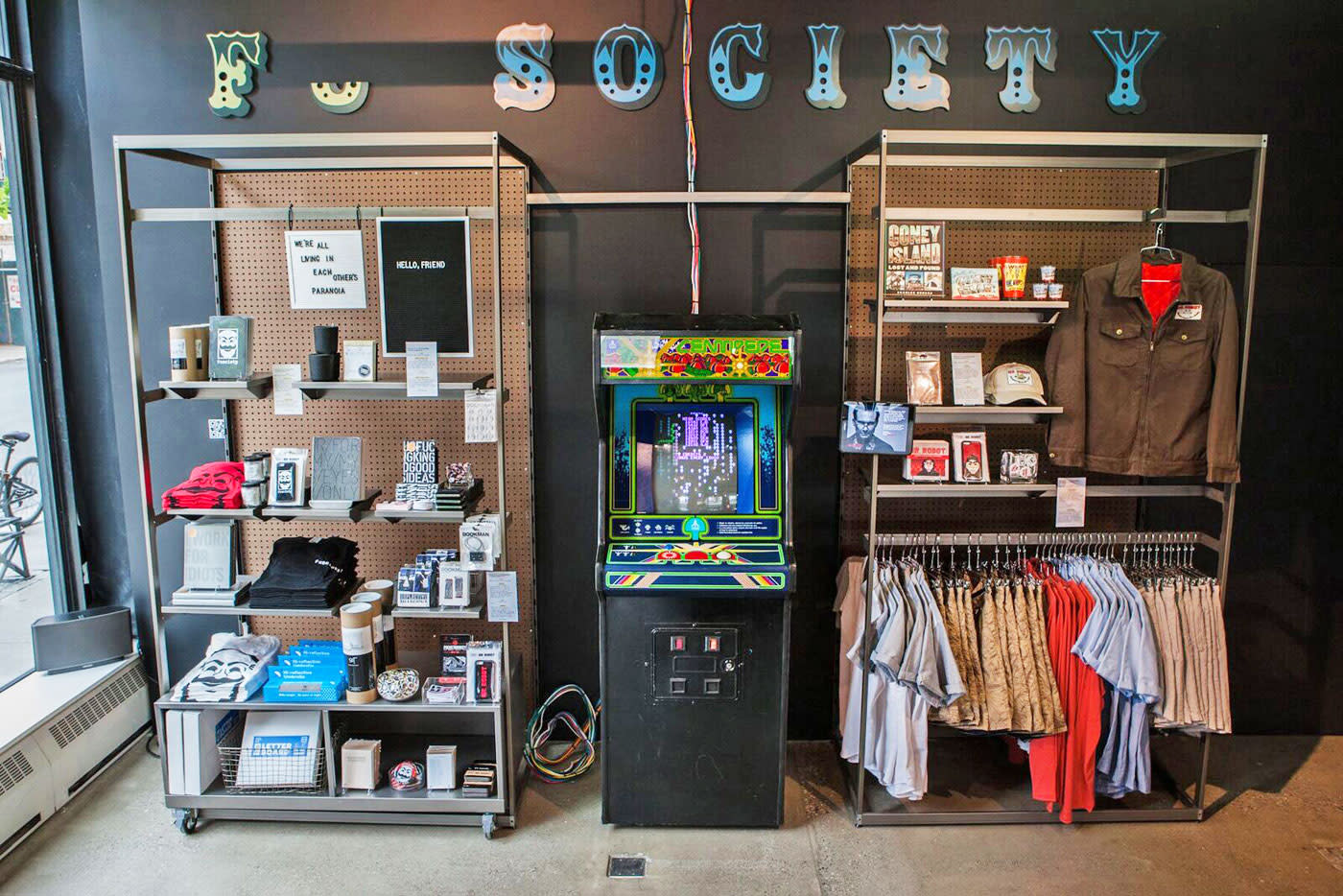 If you were planning a real-world promo for Mr. Robot, a TV show that's all about hacking and the culture that goes with it, what would you do? Invite fans to do some hacking of their own, apparently. As part of the run-up to the series' second season, New York City retailer Story has remade its store with a hacking-inspired game as its centerpiece. Clues littered around the store offer codes that let you 'hack' an Evil Corp ATM for real cash -- if you're astute, you can get as much as $50. It's not the same as a real ATM hack (thankfully), but it's very much in the spirit of Mr. Robot's stick-it-to-authority ethos.

There's more. You'll also find an interactive version of Elliot's desk that shows videos whenever you touch real-world objects, and there are nods to Fsociety's home base that include real arcade cabinets and a Skee-Ball machine. Yes, it's all there to convince you to watch the show and buy related merch. However, this may be one of the few physical promos that's worth checking out for its own sake -- especially since you might walk out of the store with more money than you had going in.

In this article: art, atm, av, culture, entertainment, hack, hacking, mrrobot, retail, story, television, tv, usanetwork
All products recommended by Engadget are selected by our editorial team, independent of our parent company. Some of our stories include affiliate links. If you buy something through one of these links, we may earn an affiliate commission.