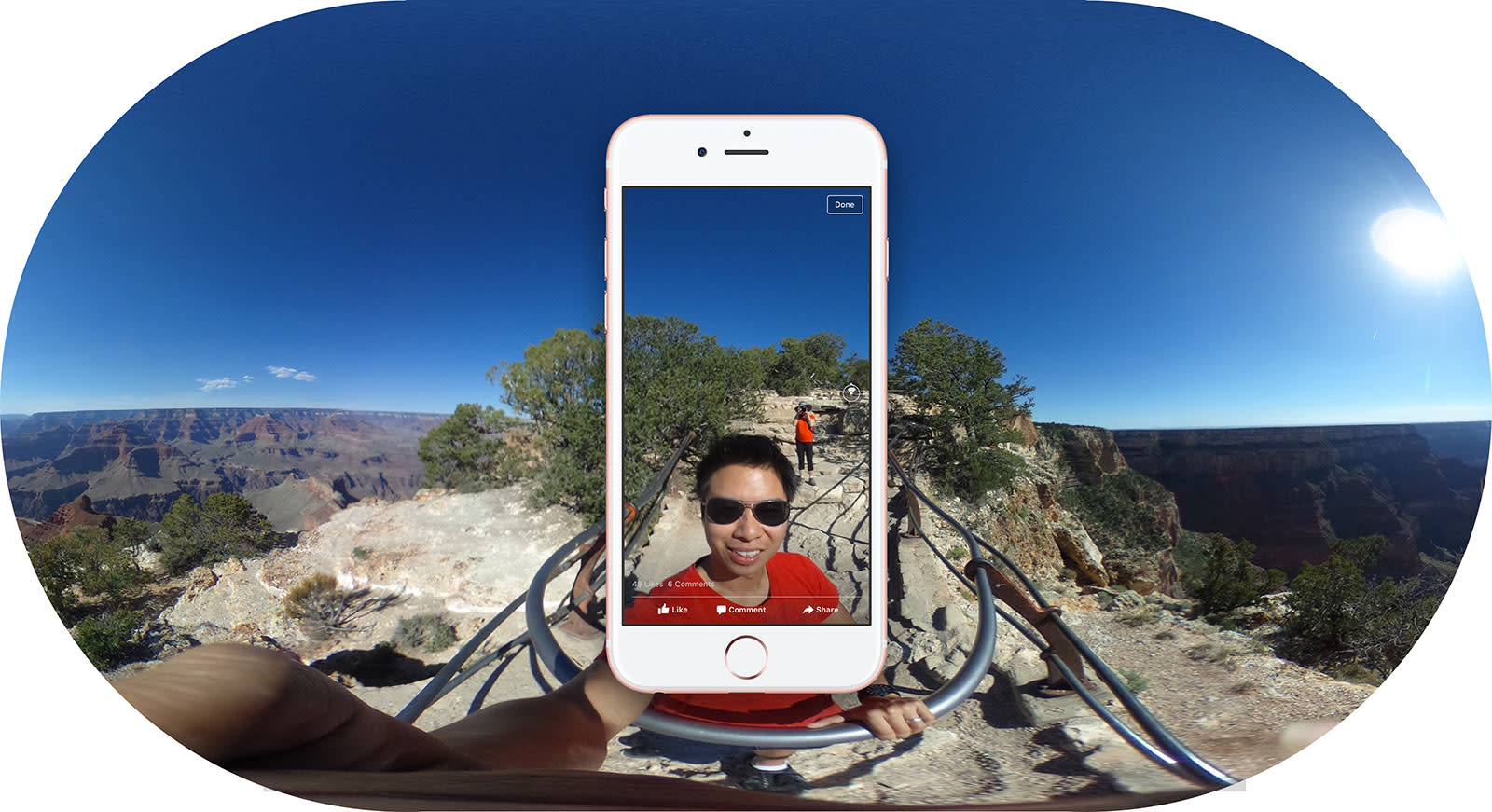 We knew they were coming, and now they're here: 360-degree photos on Facebook are rolling out on the social network starting today. The new feature spans across Android, desktop and iOS and thankfully uploading your panoramic and spherical shots doesn't sound much different from how you'd share 2D photos. In the News Feed, you'll be able to differentiate between the two thanks to a compass icon denoting what photos you can drag around to get a different perspective. Folks with a Gear VR-compatible device (Facebook owns Oculus, remember) can even check out the fancy new uploads in virtual reality.

Zuckerberg and Co. know that there won't be a ton of folks taking these new-fangled shots with high-end gear, so they're leaning on the likes of Paul McCartney, NASA and The New York Times for that. Each respective page plays host to 360 images of concerts, various space-related items and the Supreme Court, respectively. So, if you've ever had a hankering to peer behind the highest court in the nation's hallowed halls, your dream is almost a (virtual) reality.

In this article: 360photos, facebook, gear, gearvr, internet, mobile, nasa, nytimes, panorama, PaulMccartney, virtualreality, vr
All products recommended by Engadget are selected by our editorial team, independent of our parent company. Some of our stories include affiliate links. If you buy something through one of these links, we may earn an affiliate commission.