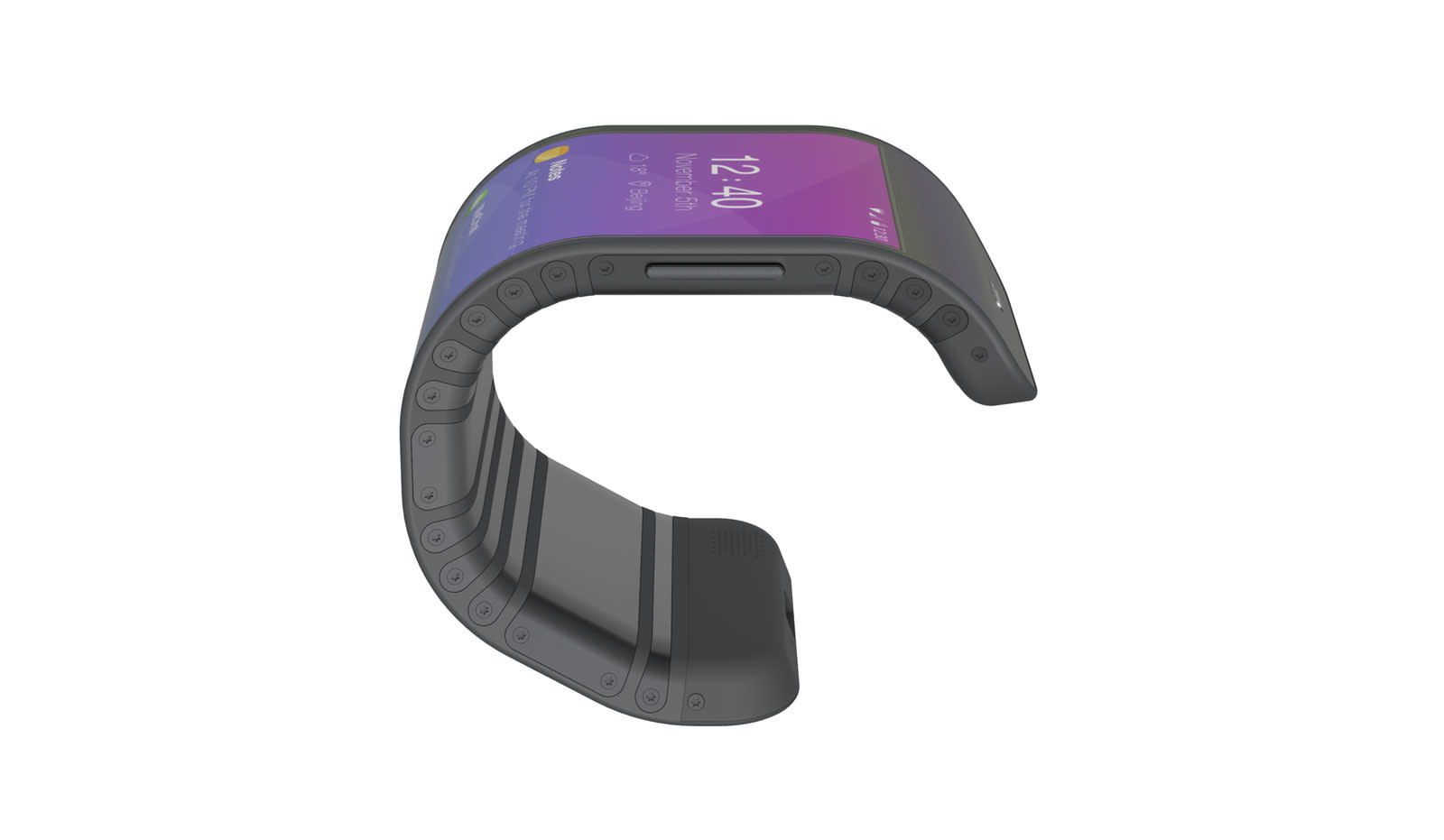 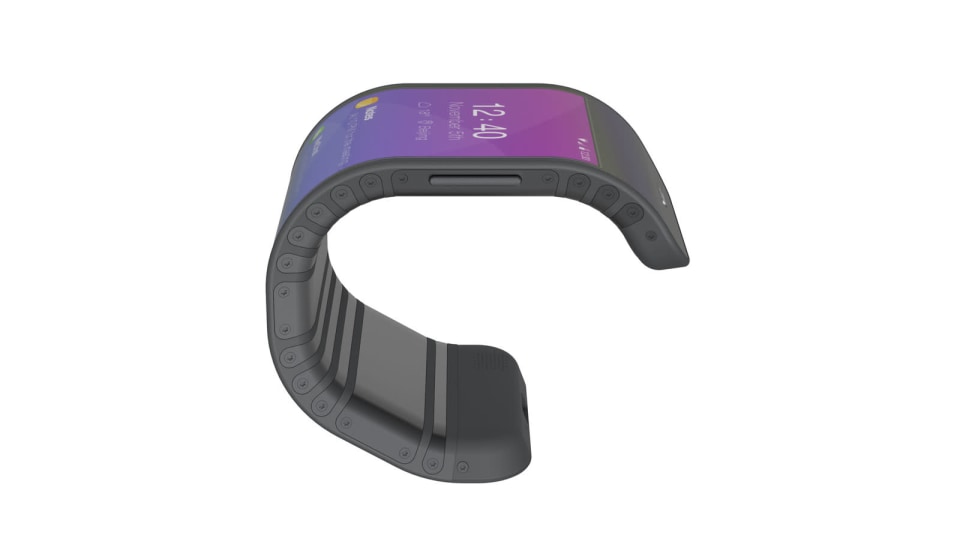 At Lenovo's big keynote in San Francisco today, CTO Peter Hortensius introduced a new bendable screen that snaps around the wrist like an old-school slap bracelet. It's the company's way of moving into a hingeless device era. Screenwriter and producer Meghan McCarthy of My Little Pony: Friendship Is Magic fame, planted in the audience, got up to demonstrate the new technology. She wrapped a seemingly active phone screen onto her wrist. There was an audible cracking sound, but the screen snapped on like a bulky wristband. Next she moved on to a folding tablet with cat faces. She bent it in half and put the flexible screen next to her ear, pretending to make a call.

Hortensius then did a quick walk-through of the bendable-screen technology. "What else has to bend as the screen bends?" he said. A flexible screen needs equally flexible parts, including the battery and the motherboard, which need to fold and unfold along with it. It's an innovative idea, but that's all it is for now. The flexible phone isn't a fully functional product yet.

Lenovo promised that the concept device will be on display after the keynote. Watch this space for more details on the folding screens.

In this article: gear, lenovo, mobile, MotoLenovo2016, wearables
All products recommended by Engadget are selected by our editorial team, independent of our parent company. Some of our stories include affiliate links. If you buy something through one of these links, we may earn an affiliate commission.