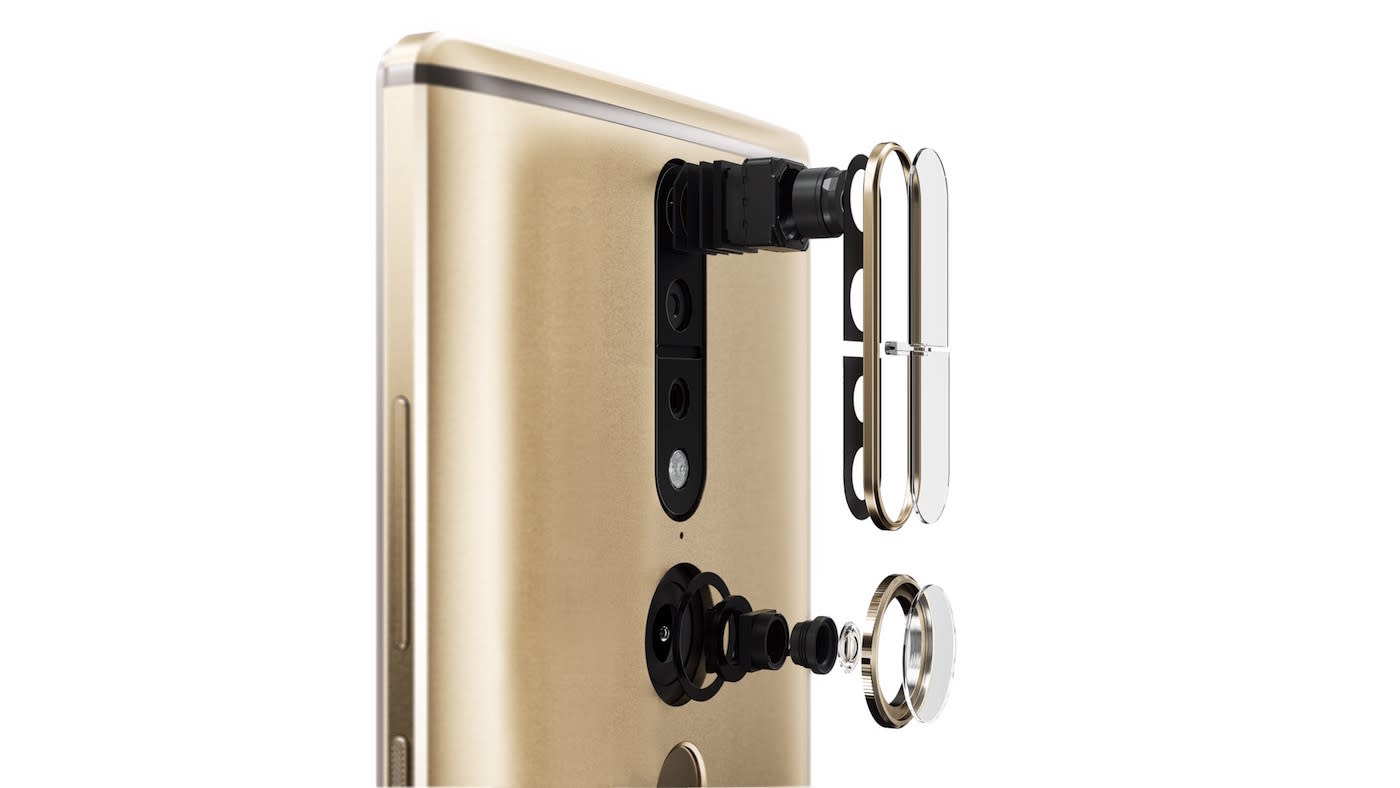 The second generation of Lenovo's Phab phones are here already, headlined by the first-ever Project Tango-equipped smartphone with sensors and cameras that can map its surroundings. The Phab2 Pro (check out our hands-on impressions right here) is special because it fulfills the promise of demos that Google's Advanced Technologies and Products (ATAP) division has been showing us for a few years. The phone's dual cameras create an "eye" that sees its surroundings in 3D with depth perception, while additional sensors monitor location and nearby objects 250,000 times per second.

Google and Lenovo have shown off experiences that use the Tango technology to provide augmented reality-guided tours in museums and odd experiences like Woorld, but there are more-practical applications. For example, Lowe's has an app that it says will allow homeowners to remodel by virtually envisioning how appliances or furniture will look in their space. Lenovo VP Jeff Meredith envisions the technology becoming "pervasive, just like GPS."

Despite shrinking from 7 inches to a 6.4-inch size usable by human hands and coming with Android 6.0 Marshmallow, each Phab2 packs a large 4,050mAh battery, along with Dolby Atmos audio features, including the ability to record in 5.1 surround sound. But the similarities end there. The Pro elevates things to the stratosphere with premium specs and sensing abilities that trump any phone we've seen before -- all with a price of $500, unlocked.

The Pro also adds on a specially designed eight-core Qualcomm Snapdragon 652 processor, 64GB of built-in storage (expandable via microSD), 4GB of RAM and a 2,560 x 1,440 pixel "assertive" display. All of these phones are scheduled to arrive globally in September, while the Tango-enabled Phab2 Pro will be sold at Lowe's and Best Buy stores and online by the end of the year.

In this article: 3D, 5.1, AR, ATAP, Atmos, Dolby, gear, google, lenovo, mobile, motolenovo2016, Phab, Phab2, Phab2Plus, Phab2Pro, ProjectTango, video
All products recommended by Engadget are selected by our editorial team, independent of our parent company. Some of our stories include affiliate links. If you buy something through one of these links, we may earn an affiliate commission.