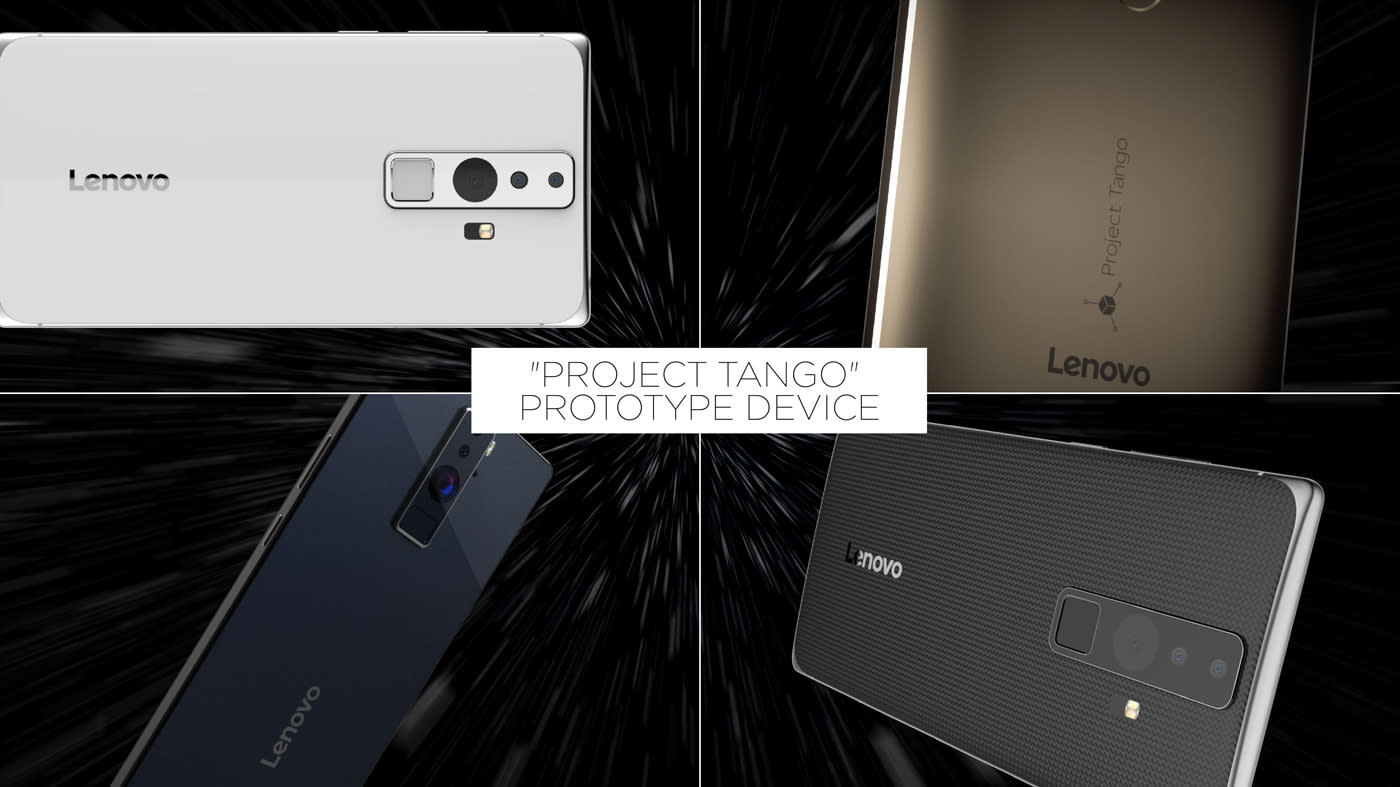 Google and Lenovo have partnered to create a smartphone that uses the Project Tango platform, meaning your little handheld computer will be able to read the physical world to overlay digital information and objects on it. The phone will launch in summer 2016, and while the industrial design isn't finalized, it'll be under 6.5 inches. What you're seeing here probably won't be what you'll see later this year.

Project Tango's tech will allow users to measure a room in 3D, recognize places the phone has been before, overlay augmented reality-style worlds on the screen and track movement through indoor spaces like shopping malls.

Google and Lenovo today also launched a Project Tango incubator, inviting developers to submit game and app ideas based on the 3D-scanning technology. The companies will select their favorite ideas, and provide funding and support to make them reality. Well -- augmented reality. The finished apps will launch on the new Lenovo-Google smartphone. Submissions close on February 15th, so enter your ideas right here as soon as possible.

Google held a similar contest last year and the "game" winner was a 3D puzzler that relies on actual, physical motion rather than screen tapping.

Intel is getting in on the Project Tango game as well, with a $400 phone-slash-dev kit that includes the company's RealSense technology. That phone is available for pre-order now. We can thank another Google partnership, this one with Qualcomm, for squeezing Project Tango into a smartphone in the first place.

Mat Smith and Chris Velazco contributed to this report.

In this article: av, business, CES, CES2016, gear, google, lenovo, mobile, personal computing, personalcomputing, ProjectTango
All products recommended by Engadget are selected by our editorial team, independent of our parent company. Some of our stories include affiliate links. If you buy something through one of these links, we may earn an affiliate commission.