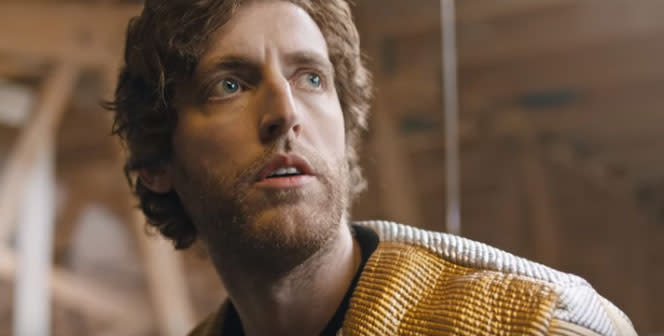 Remember when we played with Google's Deep Dream neural network to create trippy visuals that featured a whole lot dogs? The creators behind the short film Sunspring do. Instead of Google's product, however, they turned to a neural network named "Jetson" to do all the heavy lifting. The result? A bizarre nine minutes that you'll remember for quite some time.

Starring Silicon Valley's Thomas Middleditch and directed by Oscar Sharp, the short features a special script compiled by the neural network that even wrote a song unique to the film. After being fed scripts like Eternal Sunshine of the Spotless Mind, Watchmen and Aliens (as well as tons of others) it produced a nonsensical mess that actually works quite well in practice. It's terrible. But then again, it's so intense it's entertaining. The film was shot and edited in 48 hours, which is a feat considering how polished it looks in practice.

In this article: av, entertainment, NeuralNetwork, sci-fi, silicon valley, sunspring
All products recommended by Engadget are selected by our editorial team, independent of our parent company. Some of our stories include affiliate links. If you buy something through one of these links, we may earn an affiliate commission.