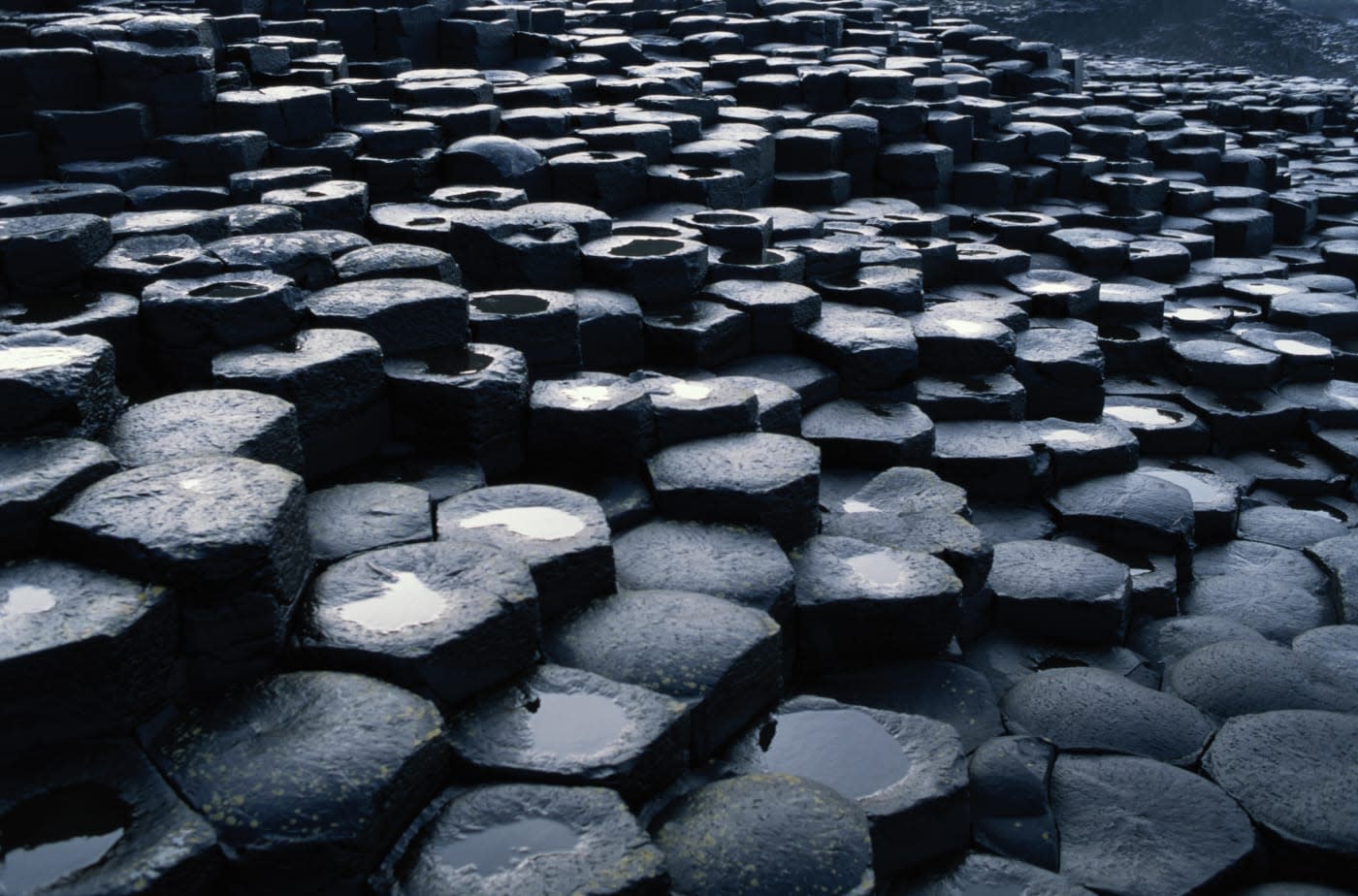 Apparently, pumping carbon dioxide into volcanic basalts is a pretty effective carbon capture technique. Back in 2012, scientists began an experiment in Iceland called the CarbFix Project. Since then, they've been injecting tons of carbon dioxide waste from a geothermal plant in the country into basaltic rock 1,600 feet underground. According to results they've recently published in Science, 95 percent of the gas they store underground turn into solid carbonate minerals within only two years. Even better, the team doesn't have to turn the gas into liquid first.

Other carbon capture techniques require turning CO2 into liquid, which uses up energy. The scientists only have to mix the gas with water for this method, creating some sort of a bubbly, soda mixture. They found that the mixture ends up forming chalky veins in the porous rocks. The CarbFix project already stores 5,000 tons of carbon dioxide underground per year, and it only takes $30 to capture one ton of CO2 as opposed to $65 to a $100 convential techniques cost per ton. However, it's still not the ultimate answer to climate change.

As Wired notes, the amount of carbon dioxide geothermal plants emit can't even compare to the amount coal plants generate. Coal plants would need vast lands with basaltic rock, and other places just don't have Iceland's geology. Further, other basalts might not work as well as the country's highly weathered rocks. While the team could pump carbon dioxide into the ocean floor, we still need to think of ways to reduce greenhouse gas emissions and to continue developing renewable energy technology.

In this article: carbfix, carboncapture, carbondioxideemissions, green, iceland, pilotproject, science, TL16HOTHOT
All products recommended by Engadget are selected by our editorial team, independent of our parent company. Some of our stories include affiliate links. If you buy something through one of these links, we may earn an affiliate commission.