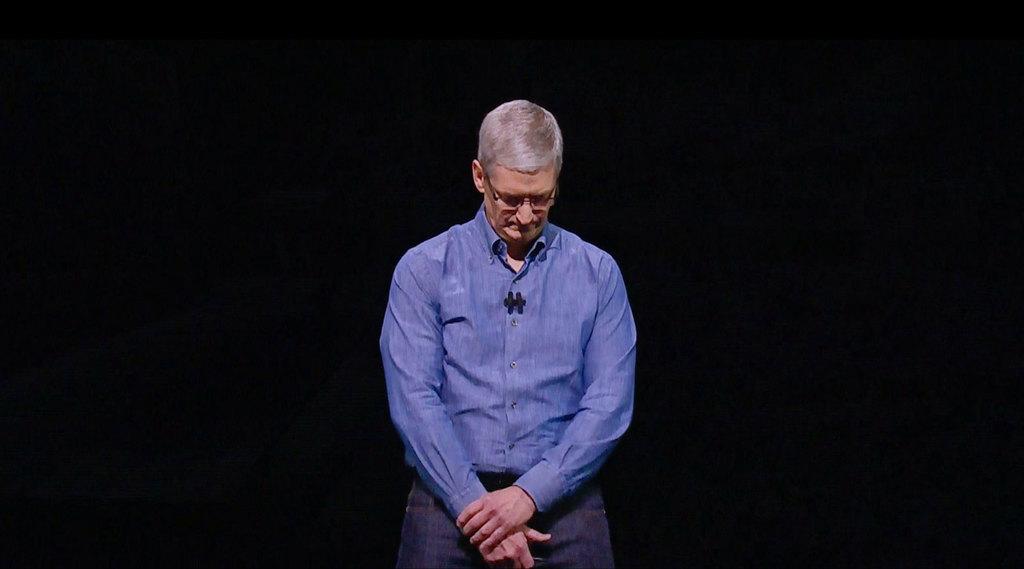 Early Sunday morning, a gay nightclub in Orlando, Fla., became the home of the deadliest mass shooting in US history. The following morning Apple CEO Tim Cook and Microsoft's Phil Spencer took the stage at separate, preplanned press conferences to offer support from "the Apple community" and "the gaming community," respectively, before launching into their regularly scheduled hyperbolic outpourings of consumer enthusiasm. In doing so, they not only undermined the tragedy, they ignored the community it most affected.

I have no doubt that the people behind Apple and Microsoft had the best intentions in calling for a moment of silence. But best intentions aside, some things are better left unsaid.

Consumer brands have an uncomfortable relationship with tragedy. On Sept. 11, 2013, AT&T sparked a social media firestorm with a tweet featuring a disembodied hand holding a smartphone, an image of the 9/11 memorial lighting its screen. The tweet read simply, "Never Forget." The judgement was swift and unforgiving. As the internet hive mind saw it, AT&T exploited one of the greatest American tragedies to hawk cellphones. The company quickly apologized and pulled the tweet.

When Cook took the stage at Apple's developer conference this morning and called for a moment of silence, the response was largely positive. At first glance, this may seem like an apples v. oranges debate. After all, Cook's comments can be seen as personal, given that he is a gay man speaking just one day after the shootings, while AT&T's tweet came 12 years to the day after the Sept. 11th attacks. AT&T seemingly used a tragedy to promote its business, while Cook used his platform to draw attention to a tragedy. In both cases, the offense is all about the context.

WWDC may not be a consumer-facing event. It is a developer's event first and foremost, but it is, nonetheless, an advertisement of sorts. Like AT&T's Twitter account, Apple uses its WWDC keynote to get fans and developers excited about upcoming products. It promotes its latest operating systems, software developments and potential revenue streams for developers with hyperbolic back-patting, impromptu dance routines, and, yes, dad jokes. In that sense, today's event was business as usual. Aside from its opening moments, there was no evidence of a great national loss or any sign that Apple and its top brass felt anything but excitement over incremental innovation.

Considering what followed, Cook's call for a moment of silence felt like a token nod to tragedy before getting to the good stuff. As for his personal connection to the events, I have no doubt that as a gay man, Cook has very complicated feelings about what happened in Orlando. I think we all do. That said, his moment of silence wasn't for our community; it was addressed instead to "the Apple community."

"It was a senseless, unconscionable act of terrorism and hate, aimed at dividing and destroying. The Apple community is made up of people from all around the world, from all different backgrounds, and all different points of view. We celebrate our diversity. We know that it makes us stronger and moves everyone forward. Please rise and join us in a moment of silence to honor the victims and the people who love them." -- Apple CEO Tim Cook, WWDC 2016

I appreciate Cook's sentiments, and I'm all for gay people in positions of power drawing attention to the hate and discrimination our community faces every day, but there is a time and place for serious discussion and reflection. The opening moments of what is essentially a self-congratulatory, hourlong advertisement isn't it. Forcing these two things together is as tone-deaf and seemingly self-serving as AT&T's 9/11 fail.

That said, it's nowhere near as poorly thought-out as Microsoft's own shout-out to the victims of the Orlando shooting, a similarly milquetoast moment of somberness before a multimedia assault promoting, among other things, hyperviolent video games that glamorize gun violence. Just minutes after addressing the Orlando attacks, Spencer turned the stage over to creators of Gears of War 4, for a bloody, guns-blazing demo of the game.

"To everyone affected by the recent tragedy in Orlando, our hearts are with you. And you should know, you are not alone, the gaming community mourns with you." Head of Xbox Phil Spencer, E3 2016

Tragedy isn't an opportunity for brand awareness. Apple's new OS and Microsoft's latest console may be hot shit, but they're not symbols of hope or unity. They are symbols of selfish consumerism and multibillion-dollar profits. While the individuals who drive these brands no doubt feel very strongly about what happened in Orlando, brands aren't people. They don't have feelings, they have products. Attempting to connect the two in the context of a tragedy is tone-deaf at best.

The Orlando shootings were an act of violence against the gay community; yet when Apple and Microsoft attempted to show their support, there was no mention of that community. In avoiding the identity of the victims and the nature of the violence, these corporations betrayed their underlying allegiances. As Cook and Spencer's carefully worded speeches show, today's keynotes weren't about the gay community, no matter how well-intentioned.
In this article: apple, att, culture, e32016, editorial, gadgetry, gadgets, gay, internet, lgbt, lgbtq, microsoft, orlando, politics, pulse nightclub, shooting, wwdc2016
All products recommended by Engadget are selected by our editorial team, independent of our parent company. Some of our stories include affiliate links. If you buy something through one of these links, we may earn an affiliate commission.
Share
Tweet
Share