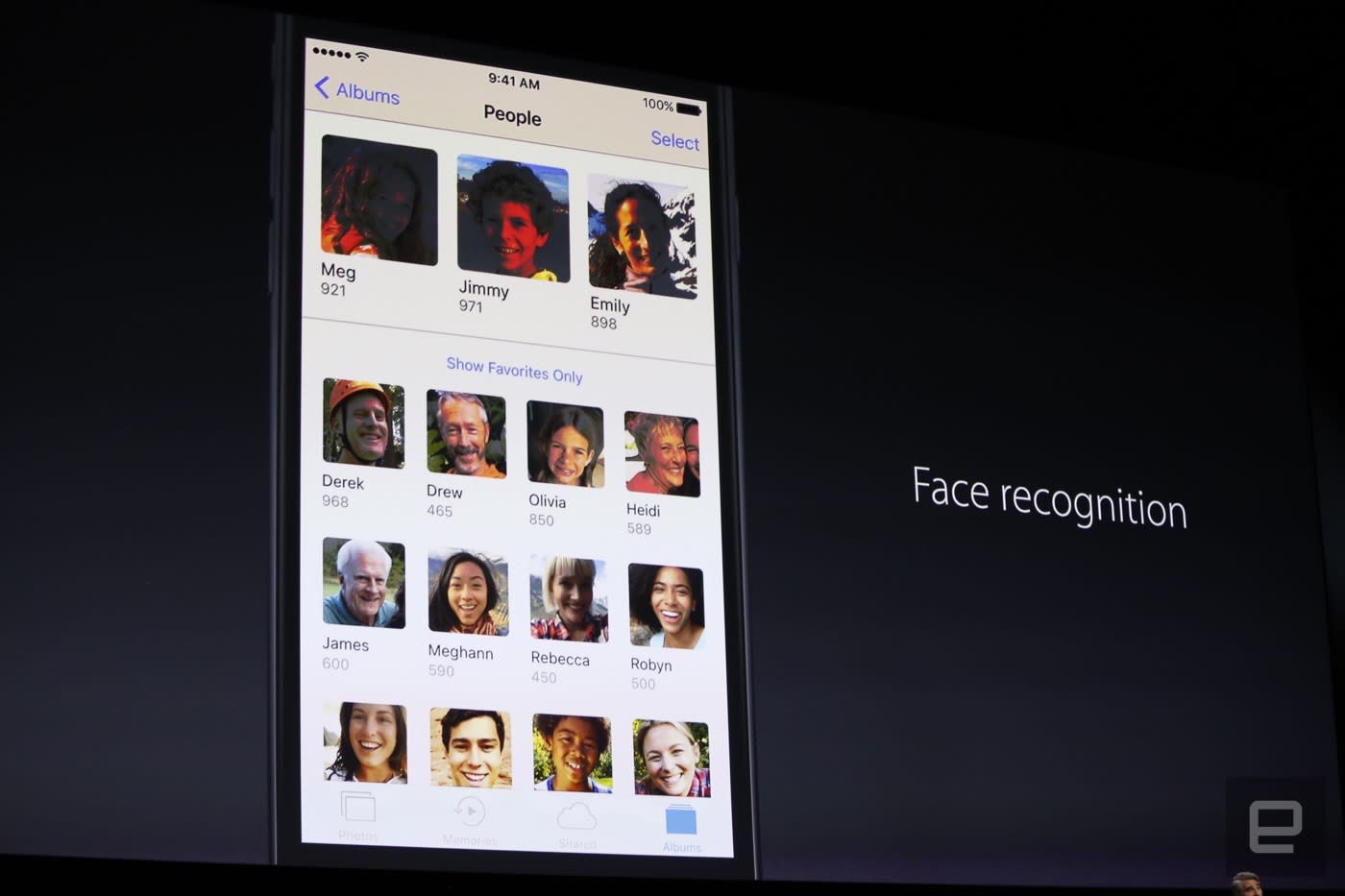 Apple is making artificial intelligence a big, big cornerstone of iOS 10. To start, the software uses on-device computer vision to detect both faces and objects in photos. It'll recognize a familiar friend, for instance, and can tell that there's a mountain in the background. While this is handy for tagging your shots, the feature really comes into its own when you let the AI do the hard work. There's a new Memories section in the Photos app that automatically organizes pictures based on events, people and places, complete with related memories (such as similar trips) and smart presentations. Think of it as Google Photos without having to go online.

AI plays a role even when you're punching out a message, for that matter. QuickType text suggestions now lean on Siri intelligence to understand the broader context of what you're trying to say. It'll be aware of what you're doing that day, and suggest things based on elements such as your contacts or your location. If a friend asks for someone's email address or wonders where you are, you can share it with one tap. QuickType is better at handling multiple languages and schedules as well.

These features were somewhat expected -- until now, Apple was one of the few big tech companies that wasn't focusing heavily on AI as a helper for all your day-to-day tasks. We're not going to knock a serious upgrade, though, and that local support might come in handy for those times when internet access isn't always guaranteed.

In this article: ai, apple, artificialintelligence, computervision, gear, ImageRecognition, ios, ios10, ipad, iphone, machinelearning, mobile, ObjectRecognition, siri, smartphone, tablet, wwdc, wwdc2016
All products recommended by Engadget are selected by our editorial team, independent of our parent company. Some of our stories include affiliate links. If you buy something through one of these links, we may earn an affiliate commission.