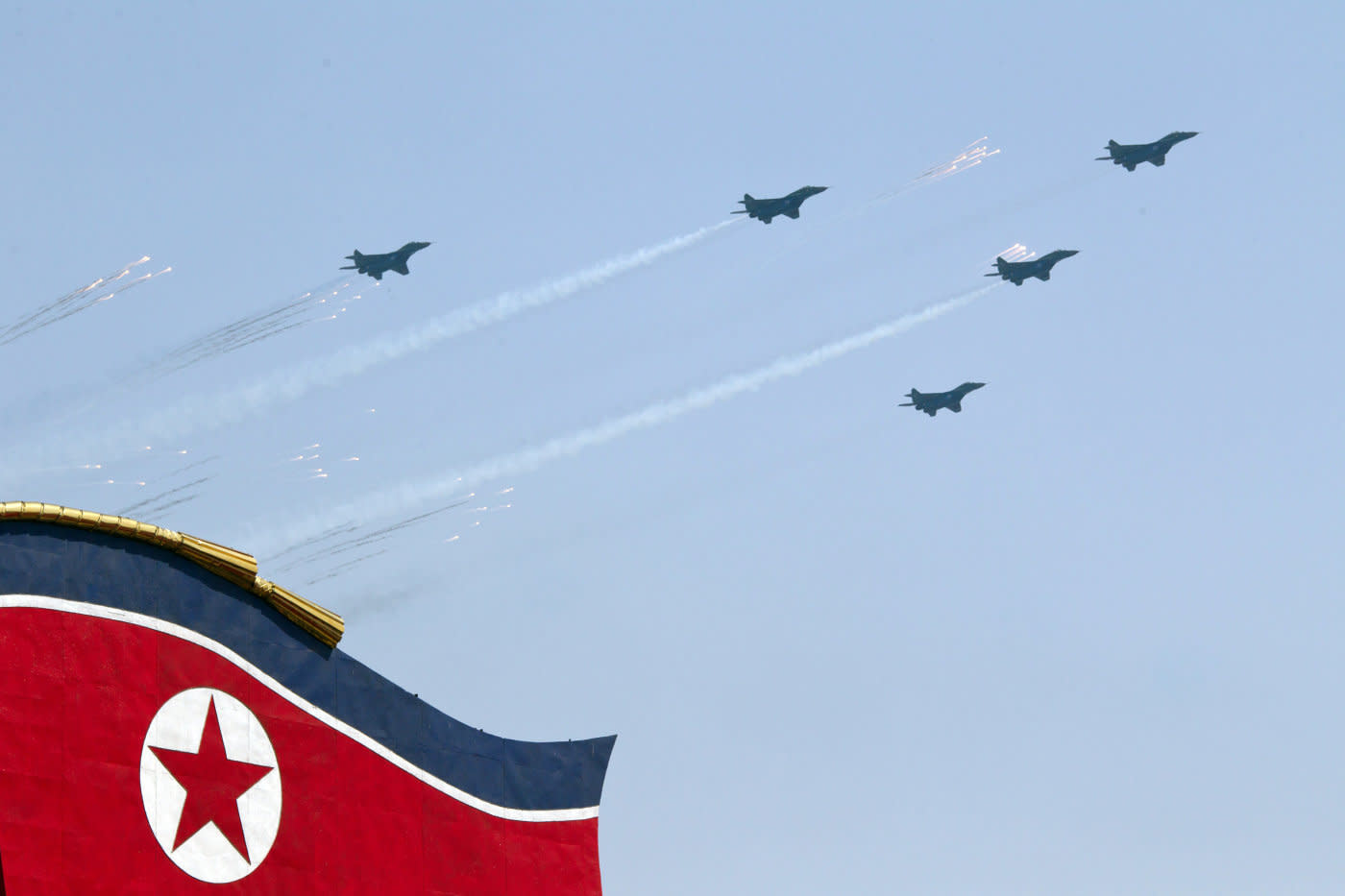 The hacking began in 2014 and was first detected in February, according to South Korea's police cyber investigation unit. Reuters reports that more than 40,000 of the materials stolen were defense-related.

However, none of the defense-related materials were secret, and there was no security breach, said a Defense Ministry official. Representatives for the two organizations affected most recently, including Korean Air Lines, also stated that the leaked documents were not classified.

The hackers don't appear to have any plans to act on the stolen documents and North Korea isn't exactly known for its aerospace expertise, so we probably don't have huge cause for concern. However, if the attacks continue, other military secrets could be at risk.

"There is a high possibility that the North aimed to cause confusion on a national scale by launching a simultaneous attack after securing many targets of cyber terror, or intended to continuously steal industrial and military secrets," the cyber investigation unit told Reuters.

Police traced the hacking back to an IP address in the North Korean capital, according to Reuters, which was identical to one used in a 2013 cyber attack against South Korean banks and broadcasters. The North denied accusations for that attack.

In March, South Korean officials reported that the phones of some 40 security officials had been breached by the North. Cyber security firms Kaspersky and Alienvault Labs also found evidence that the Sony Pictures hack of 2014 originated from North Korea. The North Korean government has denied all of these accusations as well.

The good news is that with the recent theft, South Korean police have disrupted the North's campaign, according to The Hill. Whether that's temporary or permanent is not yet clear, but the North has been extremely persistent so far, and is unlikely to give up because it got caught this time.

In this article: culture, hackers, hacking, internet, NorthKorea, politics, security, south korea
All products recommended by Engadget are selected by our editorial team, independent of our parent company. Some of our stories include affiliate links. If you buy something through one of these links, we may earn an affiliate commission.