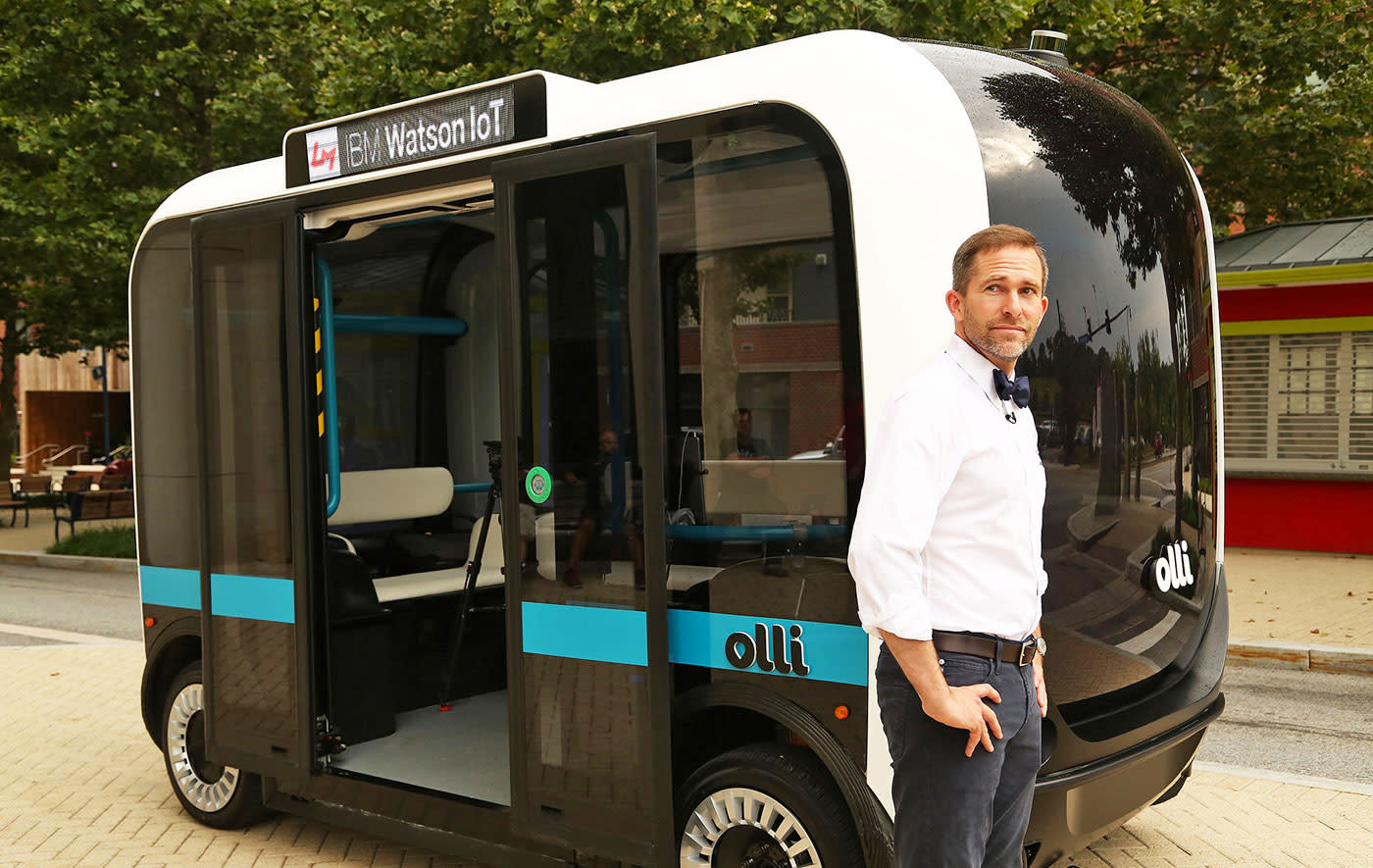 You might see a cute, driverless bus roaming the streets of Washington DC starting today. It's called Olli, and it's an autonomous electric minibus designed by Local Motors, which you might remember as the company that's planning to sell 3D-printed cars this year. While the automaker itself designed the 12-seater's self-driving system, it teamed up with IBM to use Watson's capabilities to power the EV's other features. Thanks to Watson, you can tell Olli where you're heading in natural language ("I'd like to go to [workplace.]") and ask it questions about how the technology works. Best of all, it won't kick you out even if you keep asking "Are we there yet?"

Olli will be exclusive to DC these next few months, but Miami and Las Vegas will get their own in late 2016. Local Motors is also in talks to test the bus in cities outside the US, including Berlin, Copenhagen and Canberra. It's unclear if anyone can get the chance to ride one, since these are merely trial runs, but you can ask local authorities if the EV makes its way to your city.

If and when the time comes that driverless public vehicles can legally shuttle passengers, you'll be able to summon an Olli through an app, just like Uber. And if Local Motors' plans pan out, a lot of people around the globe will be using that app: Company co-founder John Rogers envisions building hundreds of micro-factories all over the world that can 3D print an Olli within 10 hours and assemble it one.

In this article: autonomous, bus, gear, IBM, localmotors, transportation, washington, Watson
All products recommended by Engadget are selected by our editorial team, independent of our parent company. Some of our stories include affiliate links. If you buy something through one of these links, we may earn an affiliate commission.