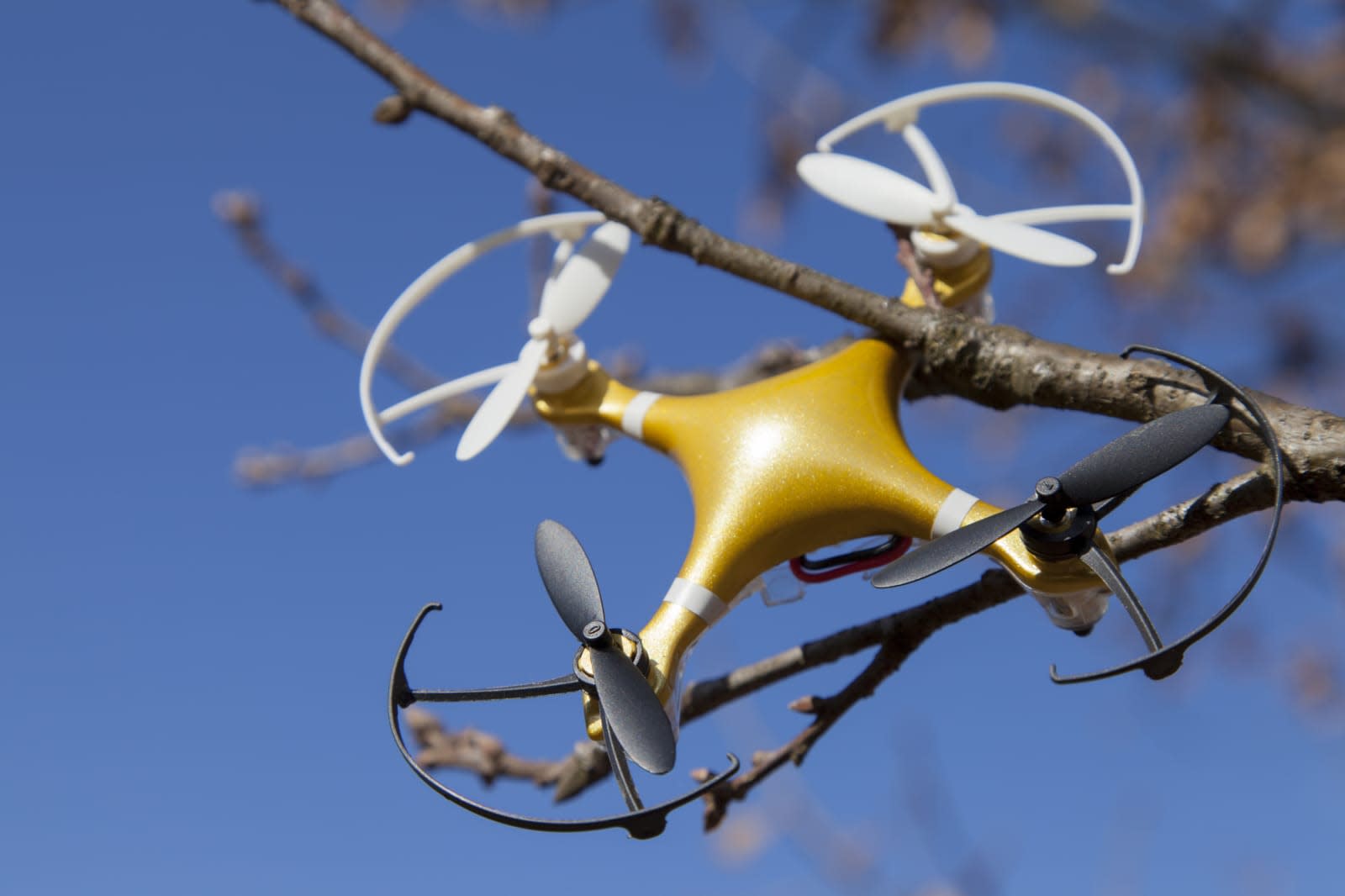 Drones are all fun and games until their rotors casually meet your body. To avoid injuries, lawsuits and costly repairs, techies have built collision avoidance systems so your unmanned aerial vehicle automatically swerves away from people and obstacles. But existing camera-based solutions drain batteries and slow down flight speed when dodging things. Arbe Robotics just won TechCrunch's first Tel Aviv Meetup and Pitch-Off last night with its own avoidance system, which counters these drawbacks by using radar to guide drones without stunting flight time.

The system consists of a mountable hardware band that scans up to 200 meters in every direction along with software that automatically avoids detected obstacles. If objects larger than a meter enter that radius, the radar system will detect it and automatically move the drone to avoid a collision. Arbe Robotics claims that its solution only uses 5 percent battery life throughout the flight.

Obviously, this is for a civilian solution detecting slow-moving obstacles. DARPA has been innovating a collision avoidance system for drones to dodge speedy things like small aircraft and other drones. Since it's currently the size of a shoebox, it won't be coming to small commercial UAVs any time soon. It's also unclear when Arbe Robotics' solution will hit the market, but until then, there's always drone crash insurance.

In this article: drone, gear, robots, TelAviv, UAV
All products recommended by Engadget are selected by our editorial team, independent of our parent company. Some of our stories include affiliate links. If you buy something through one of these links, we may earn an affiliate commission.