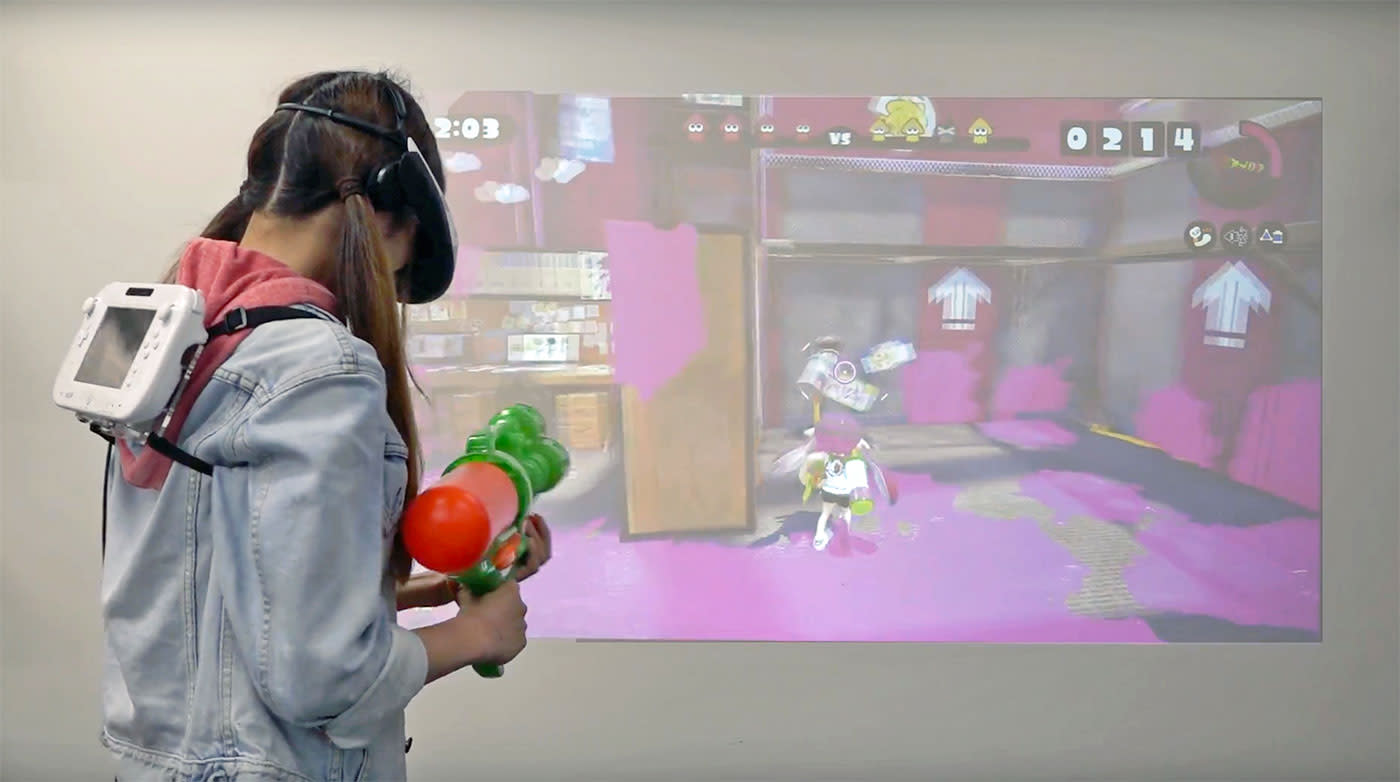 Researchers and makers over at Kougaku Navi in Japan have been working hard on a playable Splatoon gun since March, and the latest model really looks the part. It combines a Wii U GamePad, controls transplanted inside a Splatoon-themed water pistol and Sony's head-mounted display to give you at least a little bit of movement freedom. It's not perfect, but if you really want to play the game with a gun, it possibly the closest we'll get.

While it may look like a fantastical VR version of the Nintendo's hit shooter, it doesn't go quite that far. However, that's not to say it's not brilliant on its own merit: Let's break it down. The GamePad is the lynchpin here: it's strapped to the player's back to deliver vibrations to your very soul body as well as gyroscopic movement of your view to the HMD. Why is it on the back? It's the best way of approximating where you're aiming the gun. (Especially if you're holding it two-handed -- like a good ghostbuster.)

The gun contains controls to move forward, backwards and to shoot of course. It's wirelessly connected to the pad, one of several major upgrades that came in after their second creation. It looks surprisingly playable for a very low-fi solution. Now I want to play. Can I play it? Guess I'll dust off my Japanese dictionary and shoot the researchers an email. Take a more detailed (Google-translated) tour of the development process right here.

In this article: gadgetry, gadgets, gaming, hack, hacks, kougakunavi, maker, nintendo, splatoon, video, wearables, wiiu
All products recommended by Engadget are selected by our editorial team, independent of our parent company. Some of our stories include affiliate links. If you buy something through one of these links, we may earn an affiliate commission.