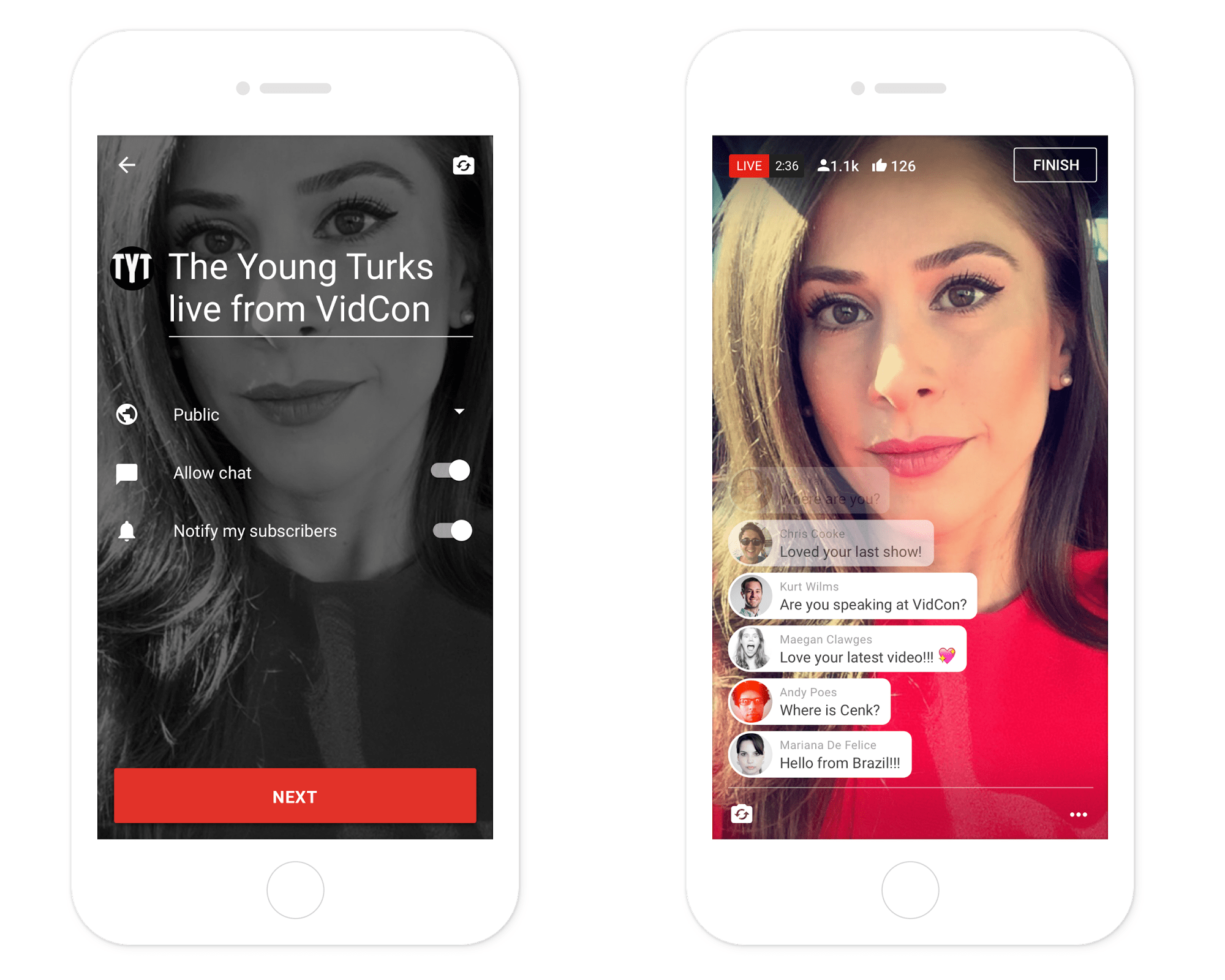 Ever since Meerkat bust onto the scene at SXSW in 2015, streaming live video footage from your smartphone has been a huge deal. Twitter's Periscope quickly blew Meerkat out of the water, and Facebook Live has been a huge initiative for the company. Now, YouTube is throwing its hat into the ring: the company just announced that its apps will soon let anyone stream live video to their YouTube channel whenever they want.

It's a little surprising that it's taken YouTube so long to get into this business, as the company has supported live broadcasts on the YouTube platform for a long time now. Facebook may have a big advantage, because that's where all of your friends are, but the many creators who have built large and dedicated YouTube followings will surely benefit from this. And it's not hard to imagine plenty of other, less popular users giving YouTube's live video option a shot as well. The company is rolling out the feature today for a small group of its creators, but there's no word yet on when we'll all get a chance to stream live YouTube broadcasts.

Simplicity is the name of the game when going live with video like this, and YouTube's app appears to have made things quite easy. There will be a new "capture" button in the app; after hitting that, you can shoot a photo to use as a thumbnail, add a quick description and start broadcasting. The app lets you decide whether or not you want a chat feature to be enabled, and you can also elect to notify your subscribers when you go live.

In this article: google, livevideo, videostreaming, youtube, youtubelive
All products recommended by Engadget are selected by our editorial team, independent of our parent company. Some of our stories include affiliate links. If you buy something through one of these links, we may earn an affiliate commission.