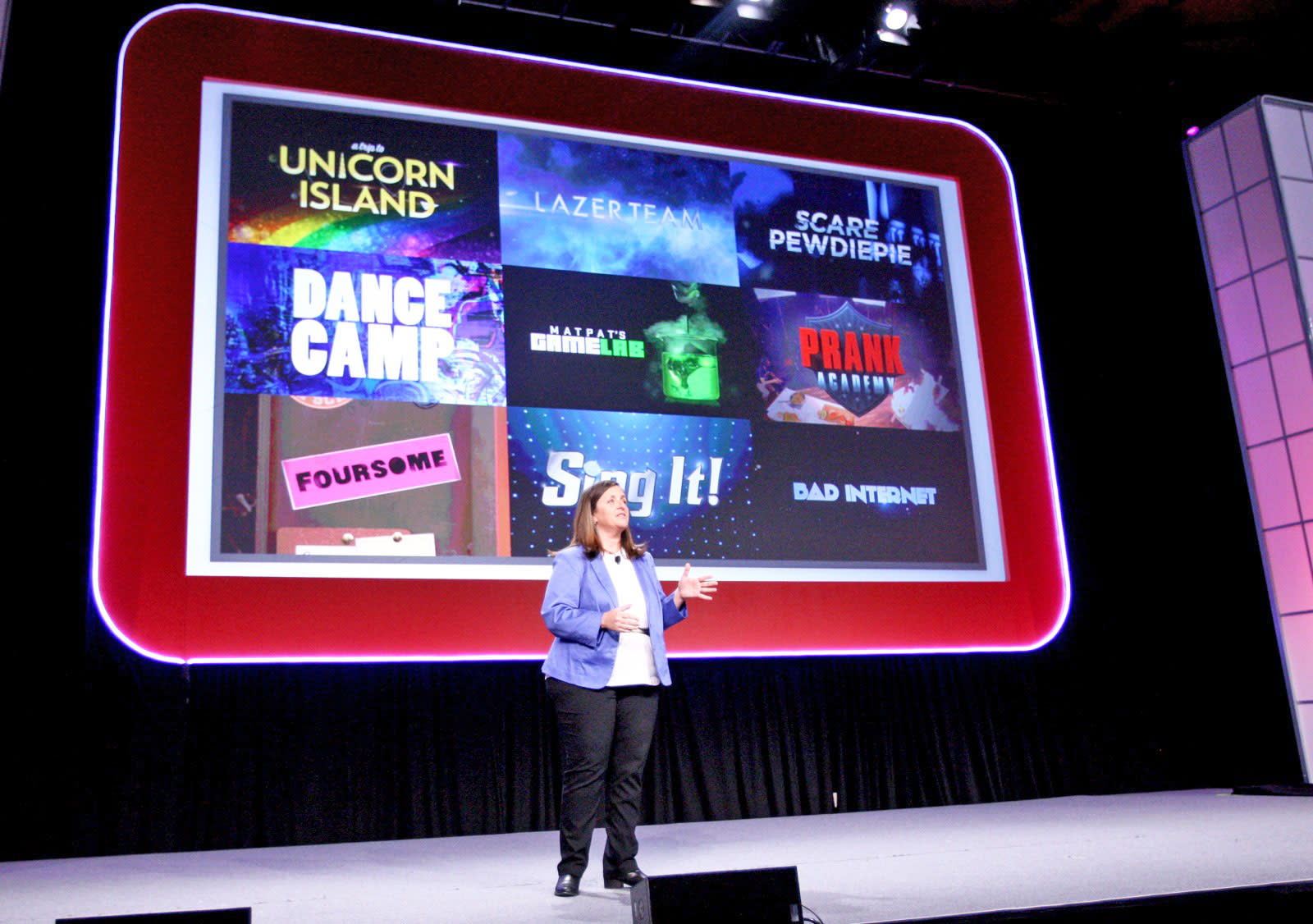 YouTube just announced its second round of original series at VidCon 2016, and the biggest new series is a bit of a surprise. That would be Step Up, which will bring a "heart-pounding, sexy, music-filled and dramatic look at dancers in a contemporary performing arts school." Channing Tatum and Jenna Dewan co-starred in the original movie (there have been five), and are among those listed as producers, and with the popularity of dance videos on YouTube it could be a good fit. Returning for second seasons are high profile originals Scare PewDiePie and Foursome, while the Smosh crew is bringing an as-yet untitled movie project.

YouTube still isn't releasing any numbers to confirm how its Red subscriptions and series are doing, but says they have "viewership that rivals similar cable shows." It's also riding on the claim that YouTube Red content is leading subscribers to check out the main (free) pages for creators they hadn't seen before, which could help attract more creators from the wider YouTuber group.

Other new shows on the way include Rhett & Link's Buddy System; a tour documentary from comedians Dan Howell and Phil Lester; a Vlogumentary produced by Morgan Spurlock and Maker Studios that turns the lens on some of YouTube's biggest creators; an animated series from 3BlackDot; and an educational series from Michael Stevens that seeks to explore the human mind.

In this article: ChanningTatum, dance, entertainment, google, originals, PewDiePie, services, StepUp, vidcon2016, video, YouTube, YouTubeRed
All products recommended by Engadget are selected by our editorial team, independent of our parent company. Some of our stories include affiliate links. If you buy something through one of these links, we may earn an affiliate commission.