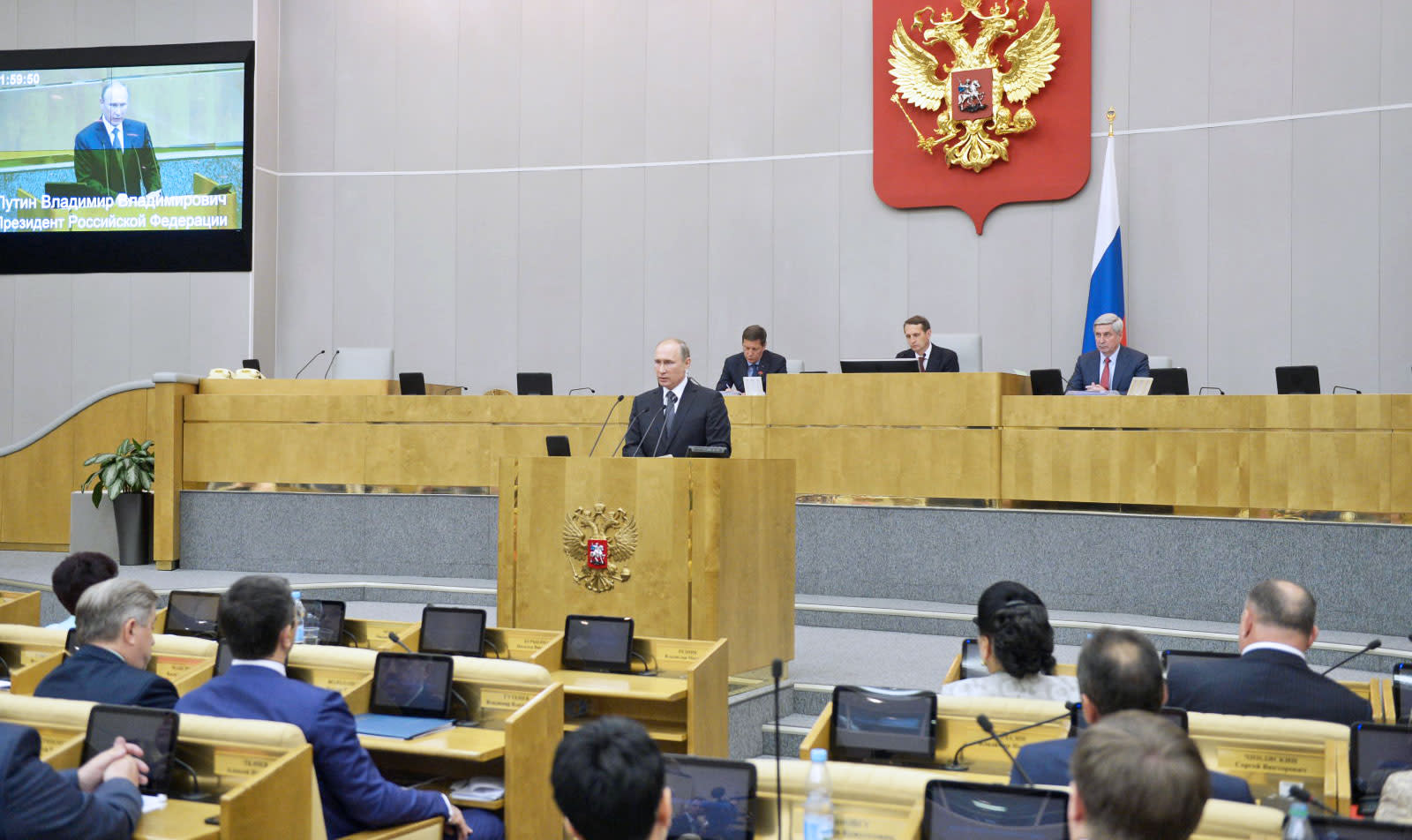 With Russia about to pass a law that will make it even more Orwellian than it already is, one of the nation's most famous residents has chimed in. Edward Snowden tweeted that "Russia's new Big Brother law is an unworkable, unjustifiable violation of rights that should never be signed." The NSA whistleblower added that "mass surveillance doesn't work. This bill will take money and liberty from every Russian without improving safety."

The legislation will force service providers to decrypt all messages, something telecoms in the nation say will be unreasonably expensive to implement. It also means that anyone who voices approval for terrorism on social networks can get up to seven years in prison, and it'll soon be a crime a crime to not report information about terrorist attacks.

Snowden has been criticized for hypocrisy by seeking asylum in a country with a checkered record on human rights, especially in recent years under President Vladimir Putin. However, he has criticized his host country before, calling a previous crackdown on internet freedom and gay rights "fundamentally wrong."

'Store 6 months of content' is not just dangerous, it's impractical. What is that, [around] 100PB of storage for even a tiny ... ISP?

He also said the plan is technically flawed. " 'Store 6 months of content' is not just dangerous, it's impractical. What is that, [around] 100PB of storage for even a tiny ... ISP?" The bill was approved overwhelmingly by Russia's lower house and is expected to be rubber-stamped by the upper parliament and signed into law by Putin in the coming days.

In this article: anti-terrorist, culture, EdwardSnowden, ISPs, metadata, politics, security, VladimirPutin, YarovayaLaw
All products recommended by Engadget are selected by our editorial team, independent of our parent company. Some of our stories include affiliate links. If you buy something through one of these links, we may earn an affiliate commission.