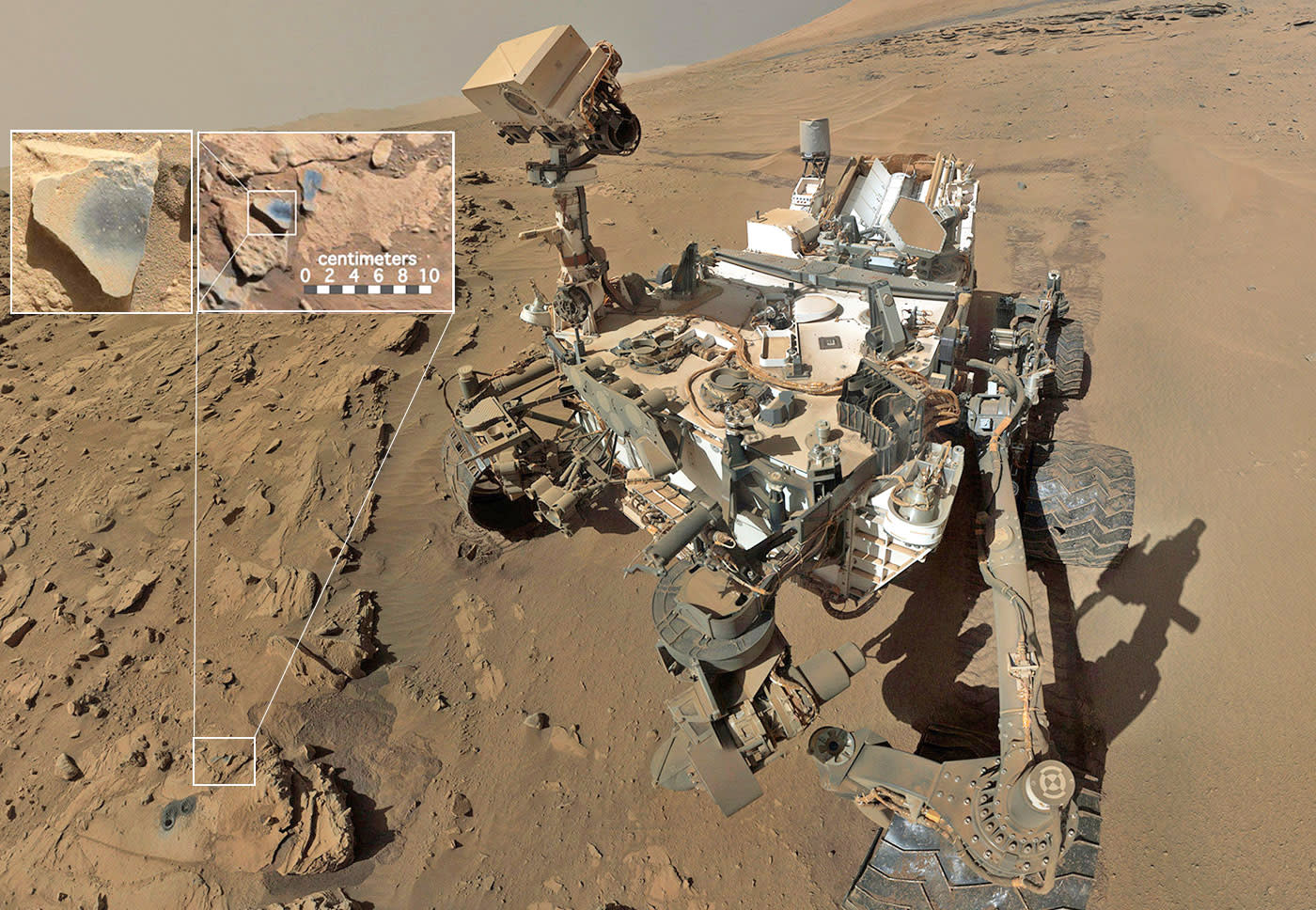 Mars may have had a much more Earth-like atmosphere rich in oxygen, according to JPL's Curiosity team. Using its laser-firing instrument in the Gale Crater, the intrepid rover found rocks with manganese oxide, which requires oxygen to form. On Earth, such minerals marked a period when our atmosphere became much more oxygen-rich, largely because of microbes. "Now we're seeing manganese oxides on Mars, and we're wondering how the heck these could have formed," says Los Alamos scientist Nina Lanza.

Scientists have zero evidence for past life on Mars, but they do have another theory. At one point in its distant past, Mars had both water and a protective magnetic field, just as Earth does now. However, once the magnetic field disappeared, radiation ionized the water, splitting it into hydrogen and oxygen. Much of the oxygen was absorbed by the planet's famous red iron-oxide rocks, but manganese-oxide requires a lot more oxygen to form. That has led scientists to believe that in its early history, Mars had more oxygen than they thought. The data could be disappointing for alien-seekers that believe planetary oxygen is a surefire sign of life. "It's important to note that this idea represents a departure in our understanding for how planetary atmospheres might become oxygenated," Lanza says. The theory will be hard to prove, but it's the best one they have for now, unless Curiosity's next discovery is a Martian bug.

In this article: Curiosity, ManganeseOxide, Mars, Oxygen, Oxygen-rich, robots, Rover, science, space
All products recommended by Engadget are selected by our editorial team, independent of our parent company. Some of our stories include affiliate links. If you buy something through one of these links, we may earn an affiliate commission.