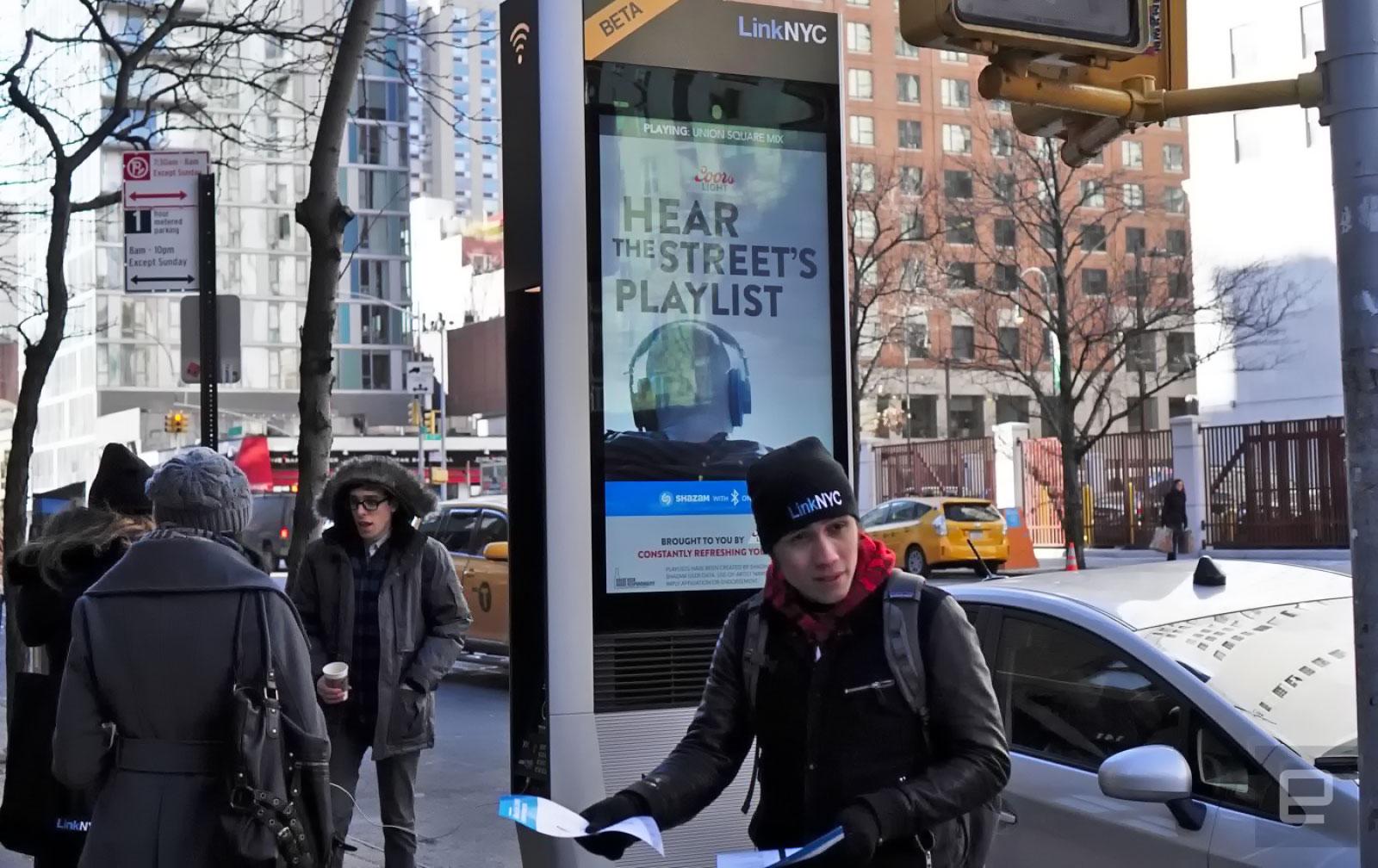 The details of an ambitious plan from Google's sister company Sidewalk Labs to create entire "smart neighborhoods" just got a little clearer. According to Sidewalk Labs' pitch deck, which was obtained by Recode this week, the plan goes far beyond those free WiFi kiosks that are already on the streets of New York City. The kiosks will monitor everything from bike and pedestrian traffic to air quality and street noise.

In addition to monitoring environmental factors like humidity and temperature, a bank of air pollutant sensors will also monitor particulates, ozone, carbon monoxide and other harmful chemicals in the air. Two other sensor banks will measure "Natural and Manmade Behavior" by tracking street vibrations, sound levels, magnetics fields and entire spectrums of visible, UV and infrared light. Finally, the "City Activity" sensors will not only be able to measure pedestrian traffic, it will also look for security threats like abandoned packages. While free gigabit WiFi on the streets sounds like a win for everyone's data plan, it also comes at a cost: the kiosks will also be able to track wireless devices as they pass by, although it will most likely be anonymized.

The LinkNYC kiosks -- about 200 of which have already been deployed -- offer some of these features, but they lack the complete suite of sensors that Sidewalk Labs believes will give cities a better picture of how their citizens work and move around. (LinkNYC is not directly a Sidewalk Labs project, it is part of a consortium connected to Sidewalk Labs.) As the company explained it to Smart City Challenge winner Columbus, Ohio, "Each Kiosk includes data analytics [that would allow Columbus to] better understand the urban environment via environmental sensors and machine learning algorithms that integrate numerous data sources."

In one such example provided by the documents, data collected from traffic cameras and passing devices could be used to re-calculate travel times in Google Maps -- think Waze, but with data on the municipal level. In the end, however, it's up to each city to decide which sensors they want included in the devices. While many have obvious practical uses, Recode also points out there are some significant costs involved. Although the Sidewalk Labs pitch offers to provide the kiosks for free, there's still installation, setup and maintenance fees. All told, 100 "free" kiosks are expected to costs a city around $4.5 million in the first year.

Of course, that cost can be defrayed if the city is willing to allow Sidewalk Labs to install two 55-inch advertising screens on each kiosk. While Sidewalk will foot the bill for the ad space, it also gets to keep 50 percent of the profits. With 100 kiosks, a city stands to make back an estimated $3 million per year in advertising revenue.

In this article: alphabet, cities, culture, gadgetry, gadgets, gigabitWiFi, google, linknyc, politics, sidewalklabs, UrbanPlanning
All products recommended by Engadget are selected by our editorial team, independent of our parent company. Some of our stories include affiliate links. If you buy something through one of these links, we may earn an affiliate commission.