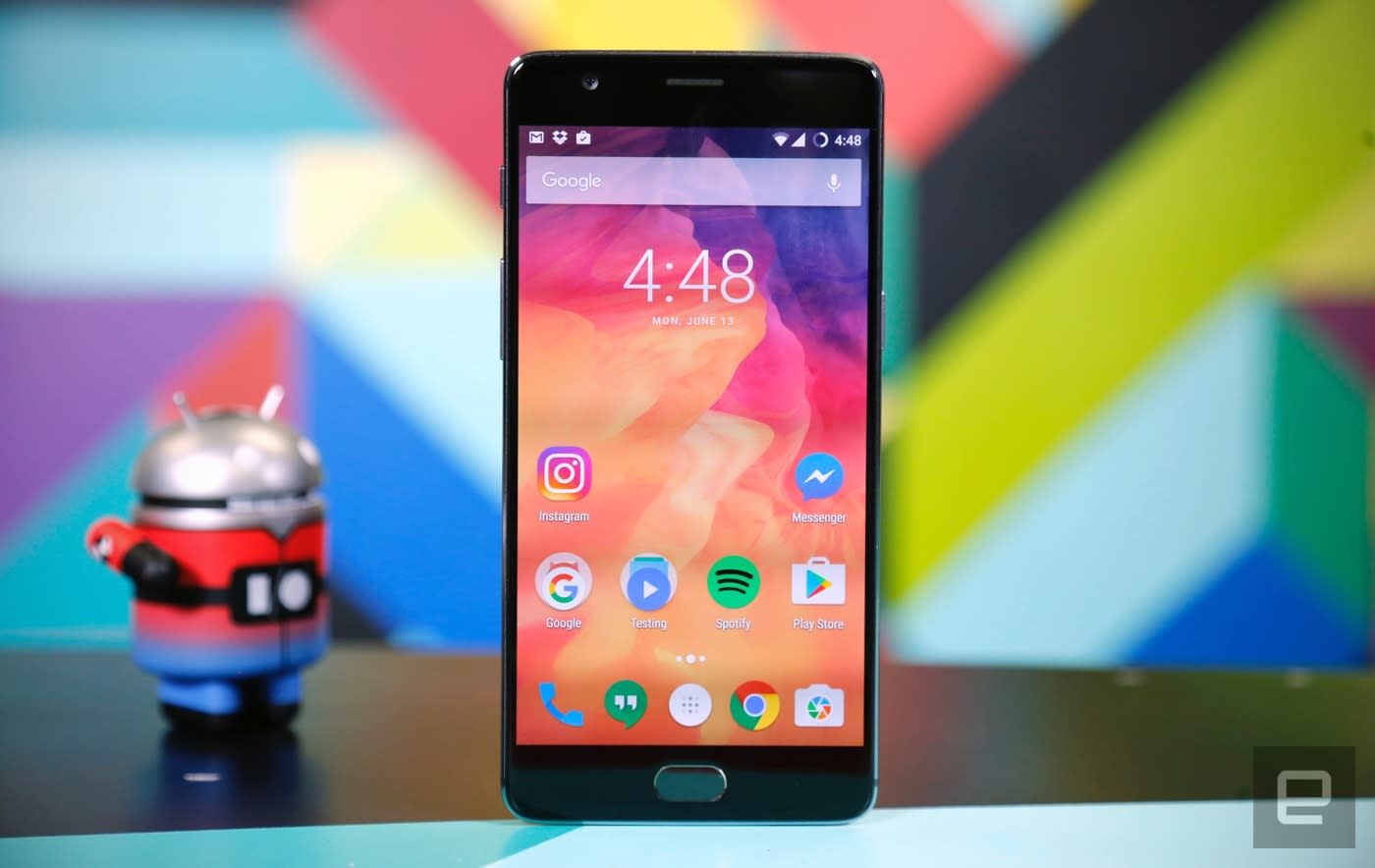 As the UK government crumbles before our very eyes, the fallout from the vote to leave the European Union is even starting to impact our beloved gadgetry. OnePlus was eager to warn us last week that the falling value of the British Pound might cause the company to revisit handset pricing -- much in the same way a Euro exchange rate slump was reflected in a jump in the cost of the OnePlus One early last year. That warning has become a reality today, with the announcement that as of July 11th, the price of the much-praised OnePlus 3 will increase from £309 to £329.

Before next Monday, though, you can still take advantage of the lower £309 price, and OnePlus has committed to keeping the cost of accessories at their current levels. So, that is what's happening, but is this knee-jerk reaction really that necessary?

Without getting too economical about the whole thing -- and yes, I know that's incorrect word usage -- every international company that sells anything within the UK is feeling exactly the same financial pressures as a result of the devalued pound. And yet, none of them are scrambling to put up prices less than two weeks after the Brexit result. I'm even happy to accept OnePlus survives on "extremely thin [profit] margins," but not so keen to believe "the simple fact is that there won't be a OnePlus in the future" if the company doesn't react to the market like a veteran gunslinger.

OnePlus isn't a startup. In fact, it's effectively a subsidiary of Oppo, the fourth largest smartphone manufacturer in the world and itself, a subsidiary of a bigger consumer tech corporation. In short, OnePlus will not thrive or collapse on account of an extra £20 per device. Curiously, OnePlus is also supporting its decision on the basis of the pound to US dollar exchange rate, though it does claim "our expenses are mainly in USD" -- curious because OnePlus is a Chinese company headquartered in Shenzhen. Shouldn't the more important numbers be the pound to Chinese yuan exchange rate, then? For clarity, this has also taken a significant hit following the Brexit vote.

Finally, nothing is forcing OnePlus to move its hard-earned pounds into other currencies before some sort of favourable recovery. That's unlikely to happen any time soon, however, so OnePlus is actually making a sensible business decision to pass the losses onto the consumer as soon as possible. Just don't express sympathy for the company for doing so.

Rant over. The OnePlus 3 will cost £329 from next Monday.

In this article: brexit, euref, eureferendum, gear, mobile, oneplus, oneplus3
All products recommended by Engadget are selected by our editorial team, independent of our parent company. Some of our stories include affiliate links. If you buy something through one of these links, we may earn an affiliate commission.