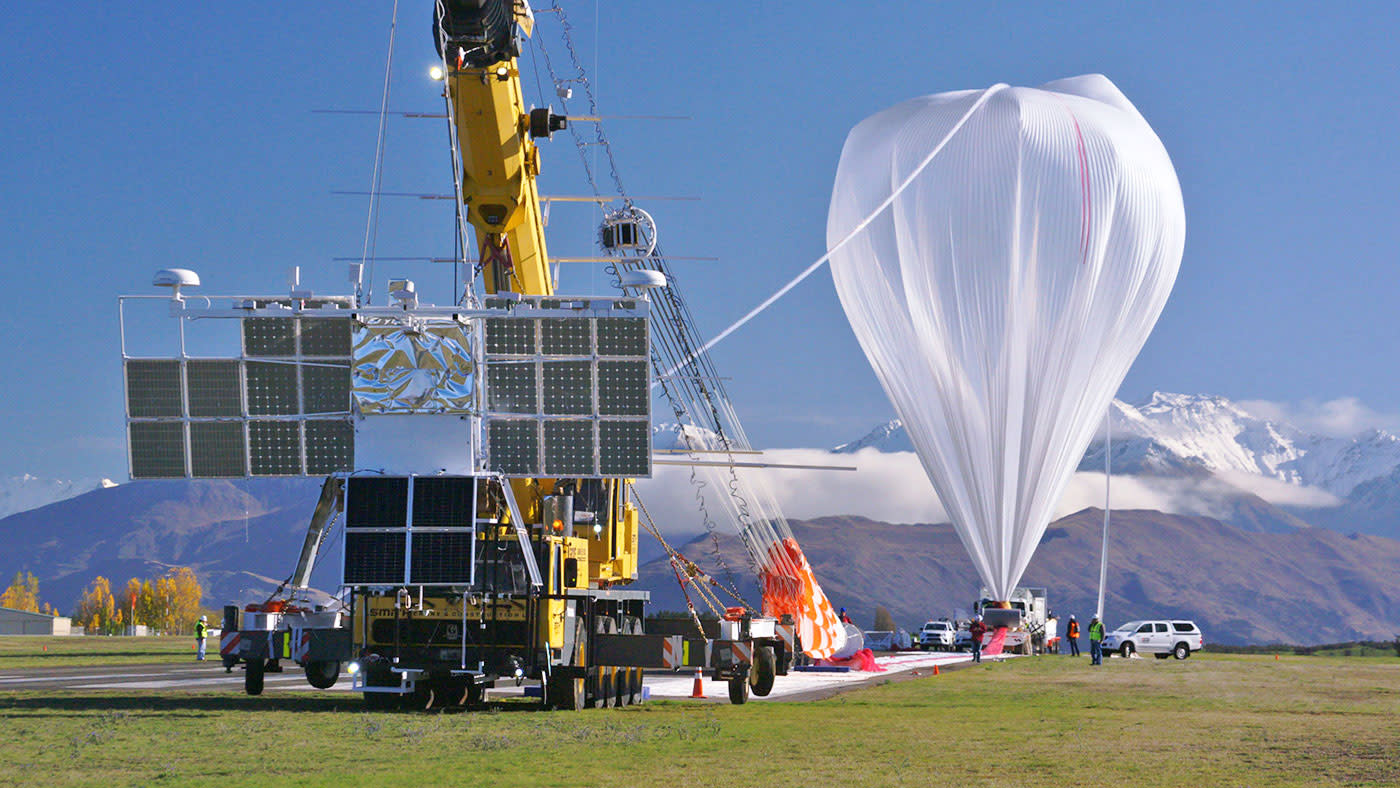 NASA's humongous scientific balloon didn't quite hit the agency's ultimate goal, but it still set a flight duration record after flying for 46 days, 20 hours and 19 minutes. The agency launched the 18.8-million-cubic-foot super pressure balloon (SPB) on May 16th to test how tough it is and to see if it can carry a scientific payload with no issues. Clearly, the test flight was a success: the agency's Balloon Program Office chief Debbie Fairbrother says it's "far and away the longest mid-latitude flight of a NASA heavy-lift balloon to date."

Fairbrother and her team were originally hoping that the flight would last for over a hundred days. However, they were forced to haul the balloon back to Earth after noticing some big altitude variations over the last few weeks. It was flying at 110,000 feet during daytime and was dropping to as low as 70,000 feet at night. While the program officials aren't sure just yet, the altitude variations could have been a result of the balloon losing some helium while moving through a severe storm. Whatever the reason is, they're applying everything they've learned from this flight to the next one in an effort to make it last for over a hundred days.

The balloon, by the way, was carrying a spectrometer and imager instrument from the University of California, Berkeley. It detected a gamma ray burst, which is commonly associated with supernovas and the formation of black holes, while flying through the air on May 30th. John Pullen, a VP at NASA's project partner Orbital ATK, says "[t]his mission marked the most rigorous test yet of a super pressure balloon." He added that "[a]ll of these accomplishments point to future growth for NASA's scientific balloon program, which continues to offer reliable and affordable options for exploring the universe."

In this article: nasa, science, scientificballoon, space
All products recommended by Engadget are selected by our editorial team, independent of our parent company. Some of our stories include affiliate links. If you buy something through one of these links, we may earn an affiliate commission.