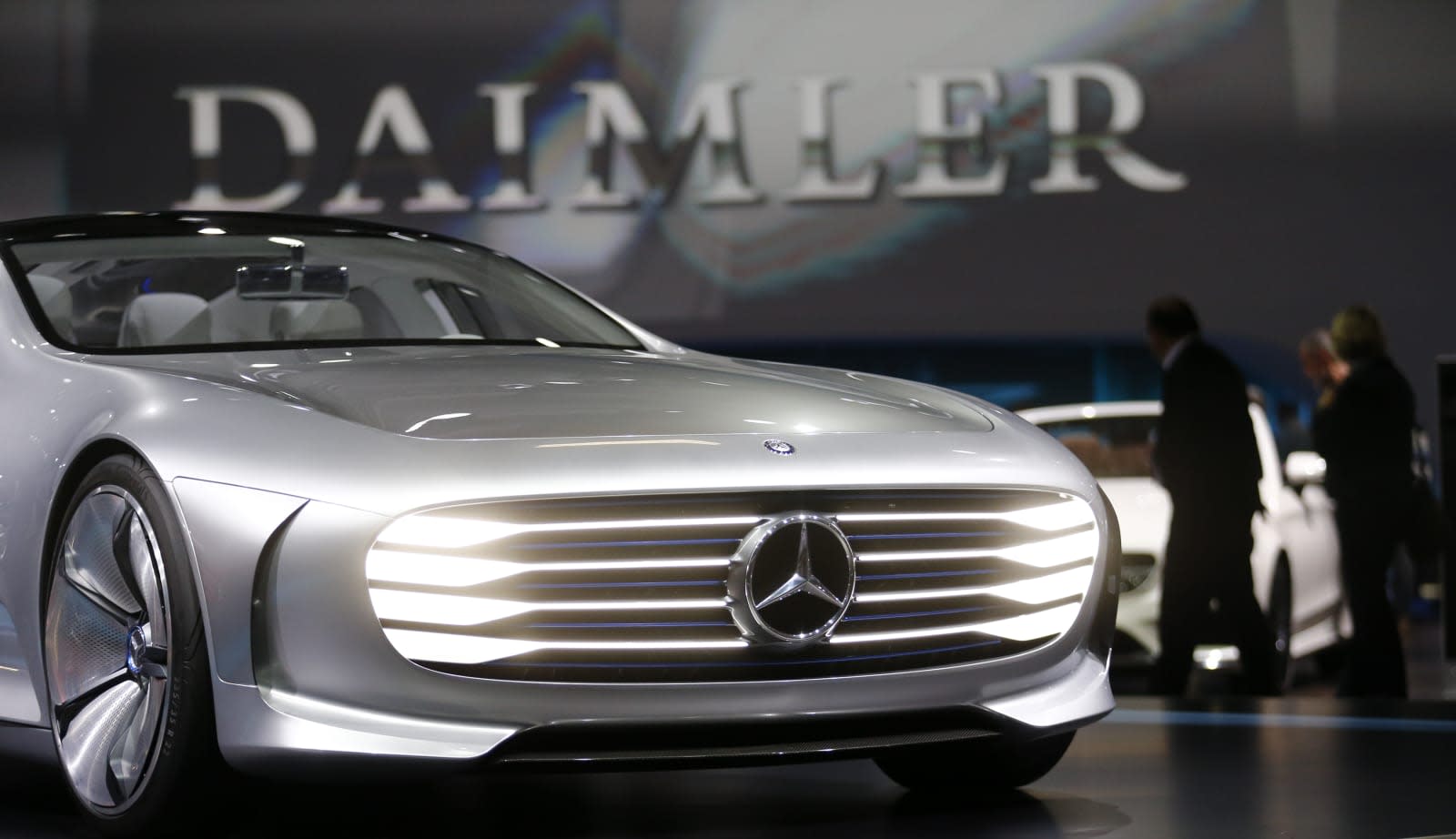 It's no secret that Mercedes-Benz eventually wants to compete with Tesla, not just partner with it, and you won't have to wait much longer to see how that rivalry shakes out. The company's David McCarthy tells Motoring.com.au that you should see a concept version of Merc's Tesla-beating electric sedan in September, or shortly before the Paris Motor Show. Its exact specs are a mystery (even McCarthy hasn't seen it; you're looking at the IAA Concept), but it should sit in the Model S' price bracket and offer similar driving range when it launches, most likely in 2018. There were previously teases that it would be "dangerously fast," in case there was any doubt that it would be a performance-minded ride.

The automaker's ace in the hole might not be anything design-related, however. Rather, it could be production: McCarthy notes that Tesla faces a "challenge" in making so many cars on time and within budget. That shouldn't be a problem for an industry veteran like Mercedes, he argues. And while he's unsure that the car is built to be a "Tesla killer," he admits that Elon Musk and crew will "probably have good reason" to worry about it.

In that sense, Tesla may be shifting focus to the more affordable Model 3 at just the right time. Although Mercedes (or rather, Daimler) technically has low-cost electric cars like the Smart Fortwo Electric, they're not exactly mainstream. Tesla will be targeting an audience that Mercedes has largely left untapped, so it won't have to worry all that much if its higher-end car sales take a hit.

In this article: daimler, electriccar, electricvehicle, ev, gear, green, mercedes, mercedes-benz, models, parisautoshow, parisautoshow2016, parismotorshow, parismotorshow2016, sedan, tesla, transportation
All products recommended by Engadget are selected by our editorial team, independent of our parent company. Some of our stories include affiliate links. If you buy something through one of these links, we may earn an affiliate commission.