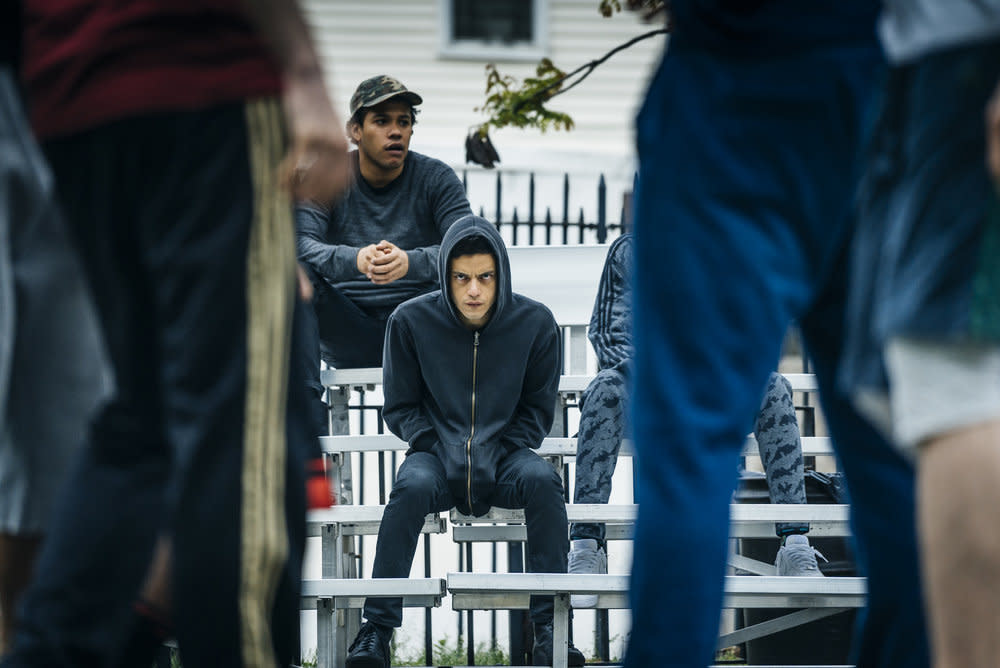 Can't wait until Wednesday for the season two premiere of Mr. Robot? No problem -- the show's official Twitter account just posted the first episode. Watching it on Twitter might not give the full home theater experience, but we suspect fans will be ready to see Elliot Alderson and his fellow (surprisingly realistic) hacktivists more than once anyway. The tweet went up at 8:30PM ET on Sunday and says it won't be here long, so move quickly if you'd like a look before it gets pulled. A follow-up tweet reveals it's also premiering on Snapchat, YouTube and USA's own website, so there are plenty of options if you don't want to wait until the 13th.

Update: And it's gone. In a stunt fitting for the show, the episode's premiere apparently kicked off presented as a hack into a Facebook Live Q&A that was streaming. The first two episodes will be back Wednesday night at 10PM ET, but until then viewers can check out the Mr. Robot_dec0d3d.doc special episode, and install an emoji keyboard made for Android or iOS devices.

We have released the #mrrobot season_2.0 Premiere early, but it won't be here long. Watch while you can, friends. https://t.co/ztye2bhfVB

In this article: av, entertainment, MrRobot, premiere, RamiMalek, seasontwo, Twitter, UsaNetwork, video
All products recommended by Engadget are selected by our editorial team, independent of our parent company. Some of our stories include affiliate links. If you buy something through one of these links, we may earn an affiliate commission.