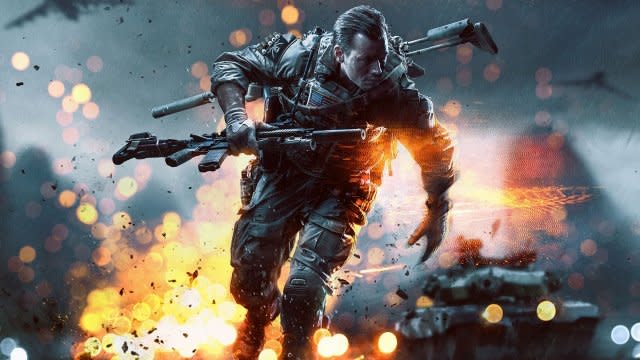 The popular Battlefield video game series from Electronic Arts and DICE is currently being optioned as a television series by Paramount and Anonymous Content.

This doesn't mean there's absolutely, definitely going to be a show based on the popular shooter, but there's a strong possibility, and Paramount TV president Amy Powell has nothing but good things to say about the franchise and its "incredibly dynamic narrative" and "loyal fan base."

The minds behind shows like Mr. Robot and True Detective, Anonymous Content has some talented folks working on the project. Michael Sugar, who previously won an Academy Award for Spotlight, and Ashley Zalt of Anonymous Content, have been chosen to act as executive producers if things indeed move forward.

It's unclear at this time what iteration of Battlefield is being optioned, or if it's even a direct adaptation of one of the games. The most current addition to the franchise is Battlefield 1, which is scheduled for an October release this year. It's the series' first excursion to World War I, and it could make for the beginning of an excellent television series.

In this article: anonymous-content, av, Battlefield, paramount, television, tv
All products recommended by Engadget are selected by our editorial team, independent of our parent company. Some of our stories include affiliate links. If you buy something through one of these links, we may earn an affiliate commission.