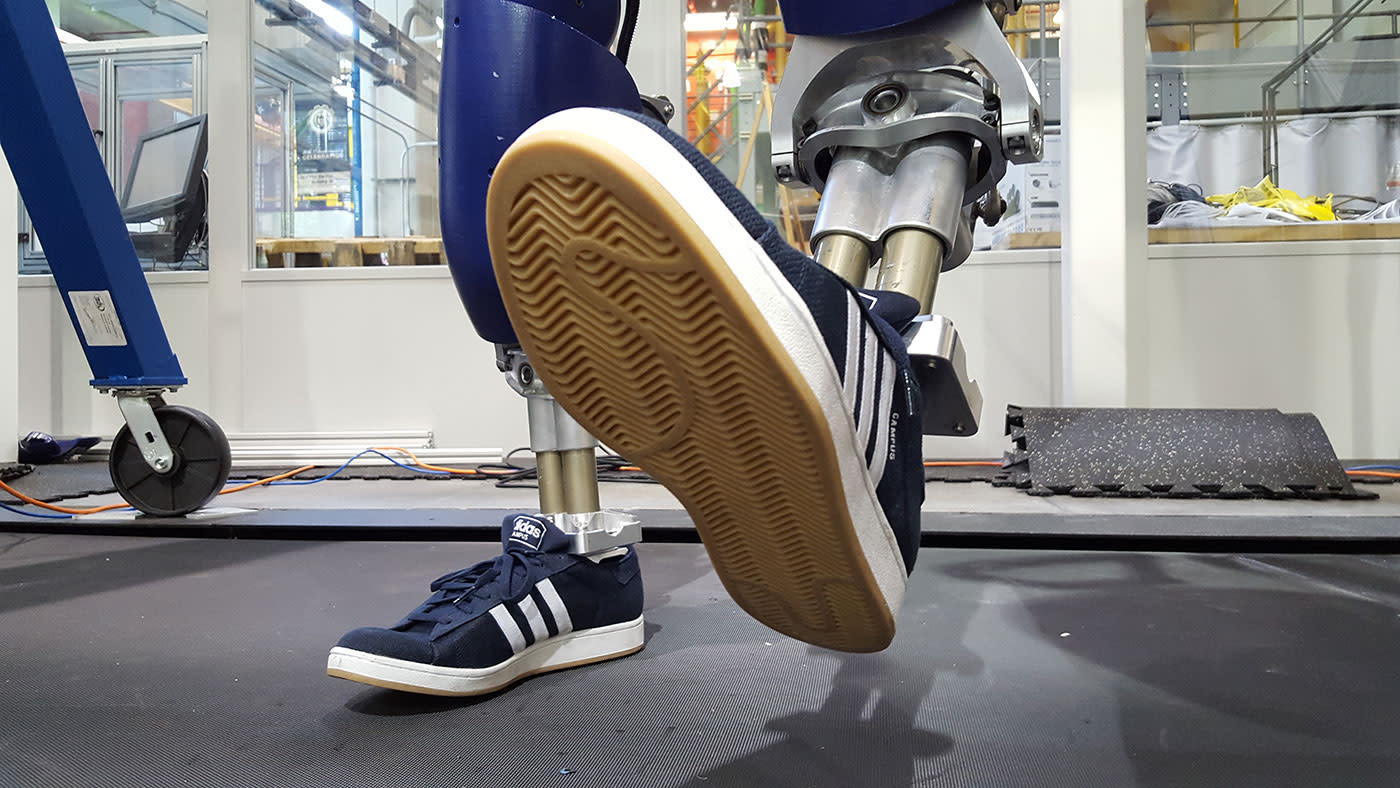 Last time we saw the DURUS robot walking like a human, it was still doing so relatively flat footed. The folks at Georgia Tech's AMBER-Lab have improved the robot's movements to incorporate even more human-like heel strikes and push-offs. As you can see in the video below, the new range of motion gives DURUS a more natural stride, and the ability to wear some sweet sneakers. Until about a week ago, the robot shuffled along flat footed before getting a pair of new metal feet with arches soles. After some tweaking of the algorithms and a few falls, DURUS now strides like the rest of us.

"Our robot is able to take much longer, faster steps than its flat-footed counterparts because it's replicating human locomotion," said director Georgia Tech's lab and engineering professor Aaron Ames. He explained that the new behavior makes strides towards the eventual goal of having DURUS walk outdoors.

DURUS has springs between its ankles and feet that act like elastic tendons in humans. The springs allow the robot to store mechanical energy from the heel strike to be used when the toe pushes off the ground. As you might expect, this makes the system very efficient with a 1.4 cost of transport, a common measure of robotic locomotion. Compare that to the 3.0 cost of transport for other humanoid robots and you can see the kinds of upgrades Ames and the students at Georgia Tech are making. Ames also said that updates like this one to DURUS could mean big improvements to robotic devices like prostheses and exoskeletons.

In this article: amberlab, culture, gatech, georgiatech, humanoid, robot, robots, srirobotics, TL16RBTHMN, walking
All products recommended by Engadget are selected by our editorial team, independent of our parent company. Some of our stories include affiliate links. If you buy something through one of these links, we may earn an affiliate commission.