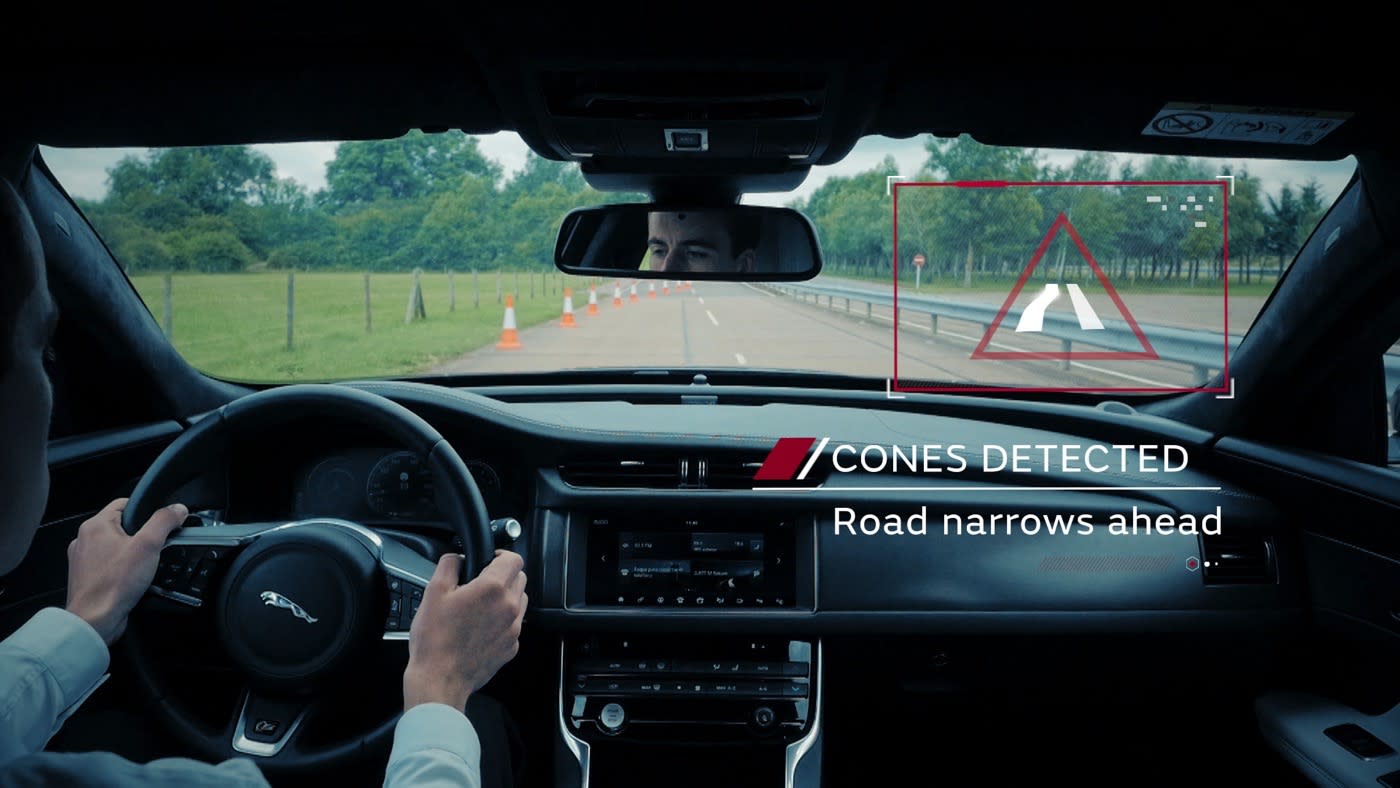 Fresh off of the announcement of its plan to take self-driving cars off paved roads, Jaguar Land Rover revealed that it's preparing to test autonomous and semi-autonomous tech, or what the company calls Connected and Autonomous Vehicle (CAV) technologies, on roads in the UK. First, the automaker is planning to amass a fleet of over 100 test vehicles over the next four years, the first of which will cruise a 41-mile test course around Coventry and Solihull this year. The company says the first stage of testing will involve semi-autonomous technology that allows cars to communicate with each other and with infrastructure like signs, traffic lights and more.

Jaguar Land Rover shared some details on its system which aims to make driving safer and more enjoyable. For example, a Roadwork Assist feature uses front-facing 3D camera to scan the roadway for for cones and barriers. The system then charts the best course based on the makers alongside warnings and "a small amount of steering assistance." Eventually, the tool could be used to navigate through work zones automatically.

There's also a Safe Pullaway feature that aims to prevent drivers tapping the vehicle in front of them by not paying attention in traffic or hitting something because the car was put in drive instead of reverse by mistake. Cameras monitor the area in front of the vehicle to avoid those low-speed mishaps, applying the brake if necessary based on whether or not the driver hits the gas or selects the wrong gear.

Last but not least, Jaguar Land Rover will test an Over the Horizon Warning that allows for vehicle-to-vehicle communication. When one car has slowed or stopped, a hazard warning would be sent to nearby automobiles to inform them of the issue. There's an emergency vehicle piece to this as well, a system that would allow first responders to communicate with other cars on the road. The main benefit here is providing a warning before the driver could see lights or hear a siren. As we mentioned, this is the beginning of the company's trials, so we're sure to hear more about how it progresses in the months to come.

In this article: autonomous, autonomousvehicles, gear, jaguar, jaguarlandrover, landrover, selfdrivingcar, transportation
All products recommended by Engadget are selected by our editorial team, independent of our parent company. Some of our stories include affiliate links. If you buy something through one of these links, we may earn an affiliate commission.