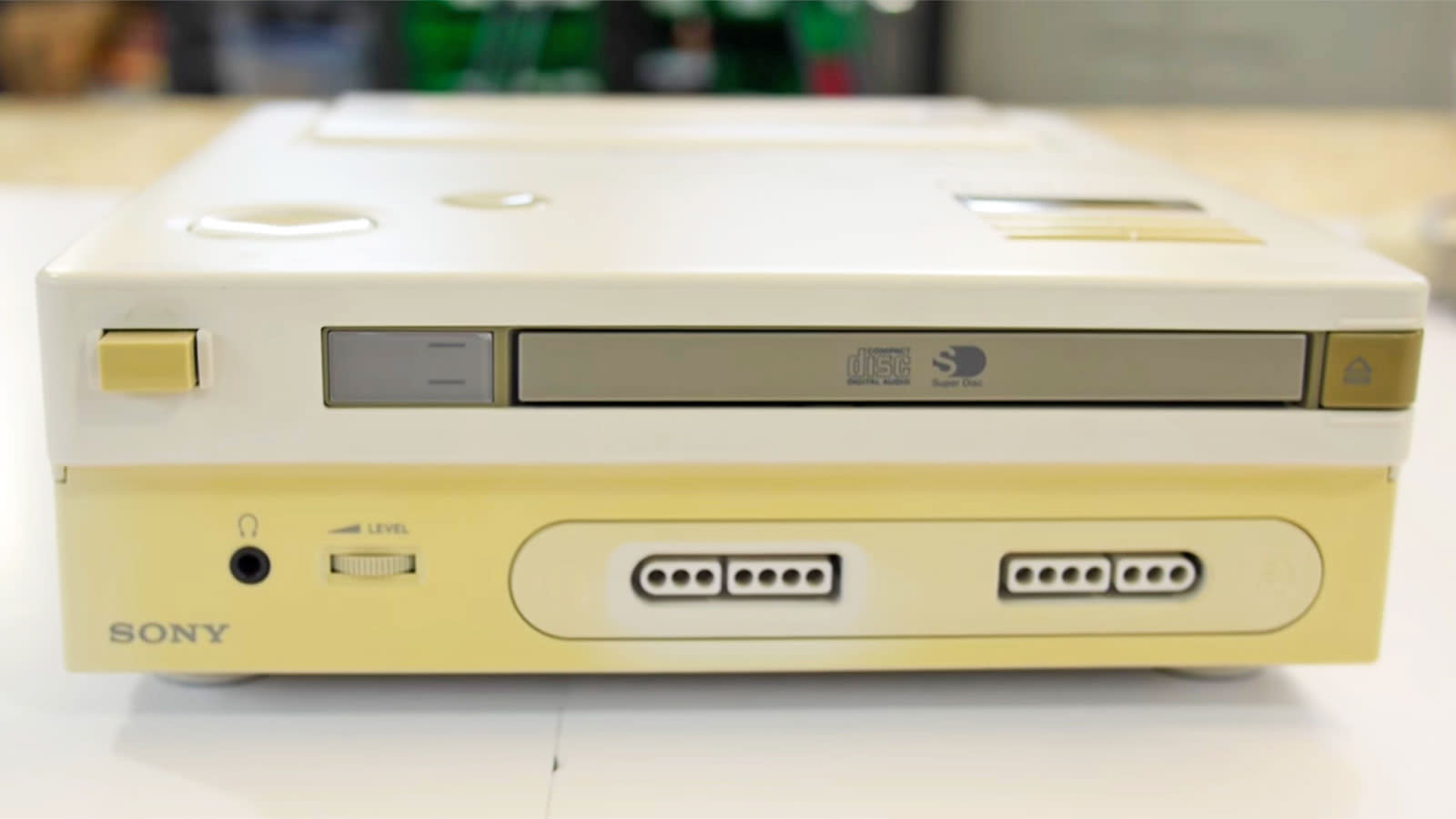 We got a good, close look at the Nintendo PlayStation last year and even talked to Sony veteran Shuhei Yoshida about it, but have you ever wondered about everything inside the ill-fated game console? Ben Heckendorn, aka Ben Heck, is happy to show you. The homebrew gadget expert has conducted an extensive teardown of the cancelled system (the same one we saw, even) that shows exactly what it's made of. While it's evident that Sony had the largest role in the machine, this was very much a collaboration -- you'll find a mix of both Nintendo and Sony chips in this prototype, on top of the occasional third-party component.

Ben also suspects that this PlayStation wouldn't have fared well even if Nintendo and Sony had put their differences aside. Although it would have had a much faster CD drive than the Sega CD (a whopping 2X!), it otherwise wouldn't have been any more powerful than the cartridge-only Super Nintendo. That would have put it on par with Sega's rival unit, or even slightly behind.

This isn't the end of it. Ben believes he knows enough that he might have a shot at repairing the console (the CD drive wasn't working when we saw it). If so, it raises the possibility that you'll witness a fully functional device before long. You might not ever see it play native CD titles, but it'll bring new life to an important part of video game history.

In this article: av, benheck, benheckendorn, benheckshow, console, games, gaming, gear, nintendo, playstation, sony, teardown, video, videogames
All products recommended by Engadget are selected by our editorial team, independent of our parent company. Some of our stories include affiliate links. If you buy something through one of these links, we may earn an affiliate commission.