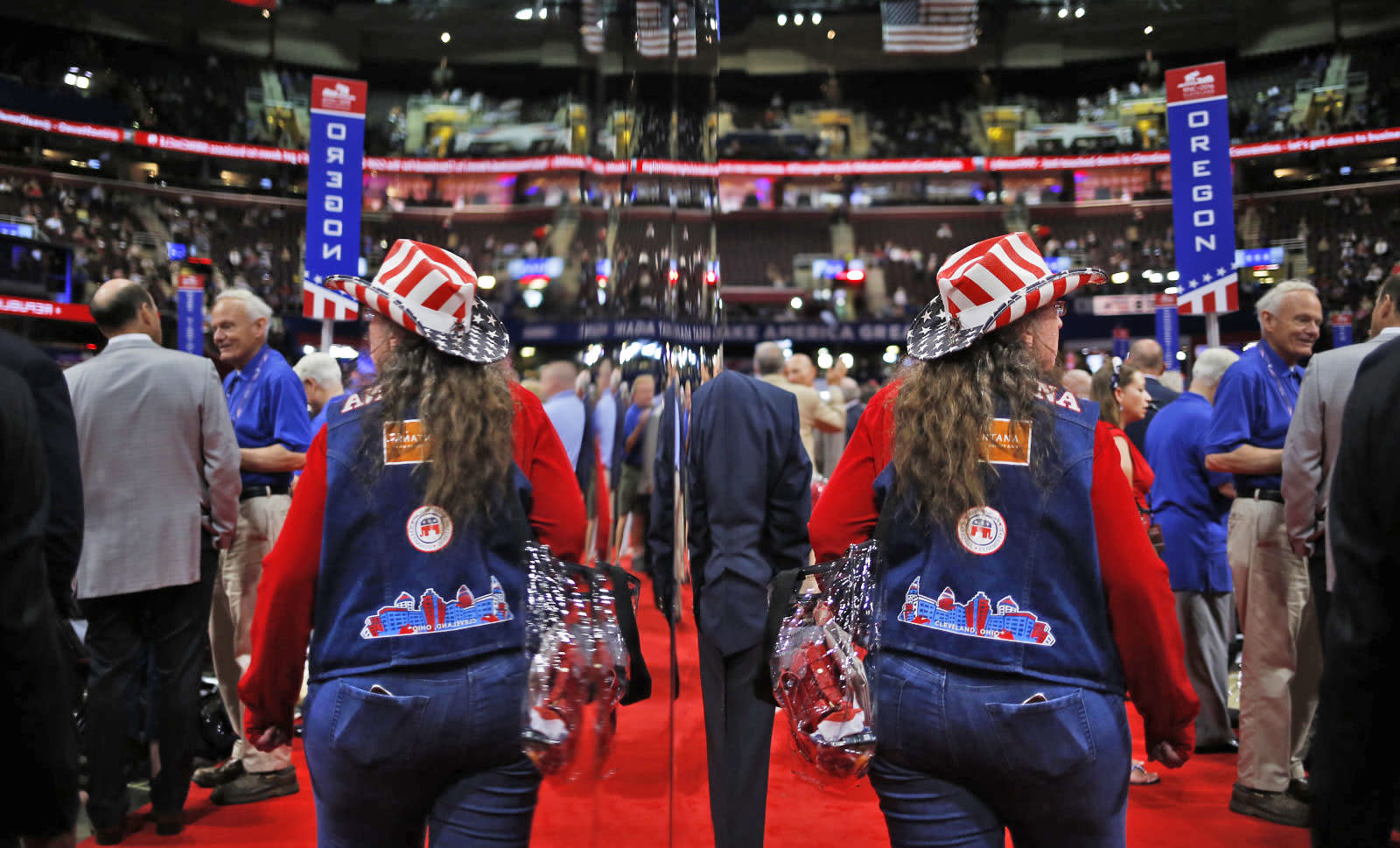 Both the Washington Post and Buzzfeed have sent robots to cover the Republican National Convention in Cleveland. Call it forward thinking, call it a gimmick, inventive, desperate... doesn't matter. But it's happening, and both outlets couldn't be prouder of their efforts to modify their news gathering process and bring additional interactivity to their reporting.

The Post's experiment involves a telepresence robot from Double Robotics and a partnership with Twitter. Basically, the machine is an iPad mounted on a Segway-style base. All week it'll be roaming the floor of the convention, streaming live on Periscope. Viewers will be able to tune in and ask questions of delegates, politicians and anyone else who happens upon the bot. It will give those watching at home a much more candid look at the RNC than normal, but might also provide some excellent opportunities for the public to pepper officials with tough questions.

BuzzBot is a little more elaborate. Rather than a physical robot, it's a Facebook chat bot that both collects and delivers news from the ground in Cleveland. If you add the channel to your Messenger app it will, of course, deliver news updates from BuzzFeed reporters. But, more importantly, it'll collect reports from delegates, protesters and anyone else who happens to be in Cleveland. You can choose to simply send pictures and other info to BuzzBot, but it will also occasionally ask you questions or request you submit details about your experience. What the bot asks will differ depending on why you're in Cleveland. Not in town for the RNC? Well, do you live in the city? If so, BuzzBot is going to want to know what kind of impact the RNC is having on your daily life. It's also not hard to image that information pouring into BuzzBot could help shape the outlet's coverage. Notices of protests, overheard conversations and the like could all be reported through Facebook Messenger and fed to reporters on the ground, who could then go digging for a story.

But journalists shouldn't worry just yet. Neither the Washington Post's nor BuzzFeeds bots are advanced enough to cover a convention on their own. In fact, without humans guiding them or feeding them information they're pretty useless.

In this article: buzzbot, buzzfeed, chatbot, Cleveland, culture, DoubleRobotics, FacebookMessenger, gop, periscope, politics, RNC, RNC2016, telepresence, TL16RNCFML, twitter, WashingtonPost
All products recommended by Engadget are selected by our editorial team, independent of our parent company. Some of our stories include affiliate links. If you buy something through one of these links, we may earn an affiliate commission.